Small-screen dramas and commercials are a big reason why singer’s Phoenix show is sold out.

Singer and songwriter Ingrid Michaelson — who performs a sold-out show Tuesday night at the Phoenix — remembers the moment when she crossed the threshold from obscurity to success. 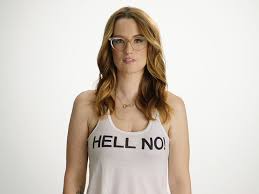 Ironically, it wasn’t during the initial placement of her pop earworm “The Way I Am” on an early 2007 episode of Grey’s Anatomy that sounded the alarm, but at a local New York gig at The Living Room a few weeks later.

“There was a line of people around the block,” recalled Michaelson Thursday from her New York home, simultaneously juggling a phone interview while baking chocolate-peanut-brittle tarts.

“And I thought, ‘who are these people here to see, because my set is coming up really soon?’ I went to the front, and asked one of the girls, and she said, ‘Oh, we’re here to see Ingrid Michaelson.’ They had no idea what I looked like. And I said, ‘That’s me!’

“So as soon as it happened, it was a pretty quick life-changing event.”

Eventually eight Michaelson songs found their way to Grey’s Anatomy episodes between 2006 and 2010, but “The Way I Am” proved to be an even bigger breakthrough once clothing company Old Navy picked up the song for TV spot use.

“That really pushed it over the hill,” concedes Michaelson. “Then everybody knew my song and it started getting played on the radio.”

Music supervisors then began to tap into Michaelson’s song catalogue in earnest for other prime-time TV series like Brothers & Sisters, One Tree Hill, Parenthood and Ugly Betty, while another popular ditty — “Be OK” — was licensed for more commercials, including a Mott’s Apple Juice spot that starred Desperate Housewives’ Marcia Cross.

But Michaelson wasn’t about to rest on her laurels.

“For me, you get these placements and then you get a little bundle of excitement, but if you don’t continue to write and tour and work, it doesn’t last, you know?”

However, despite the TV success that has enabled Michaelson to release five independent albums — including her recent Human Again — and gain a faithful legion of fans and tour with Jason Mraz in Europe, the 32-year-old states that she’s ready to move on. 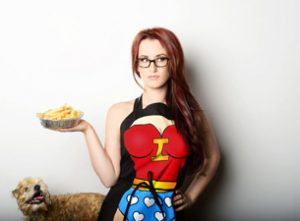 “The reason I am where I am is because I wrote songs that sounded good in commercials,” admits the daughter of classical composer Carl Michaelson and wife of recording artist Greg Laswell. “I’m thankful for it, but at the same time, I don’t want to keep doing the same thing over and over again. People still try to license ‘Be O.K.,’ and at this point I’m saying ‘no.’

“I don’t want that following me for the rest of my life.”

The former barista says the 14 songs on her Human Again are a departure, at least in performance if not in relationship-driven subject matter, as directed by “vocal-obsessed” producer David Kahne.

“These songs are more difficult for me to sing,” says Michaelson of her newfound confidence. “But I believe that if you open up vocally, you allow yourself to open up other parts of yourself as well.”

Be the first to comment on "Ingrid Michaelson, as heard on TV"