Koko The Gorilla releases an album…kind of…

Finally: a recording artist willing to work for peanuts.

With the recent release of a new album, Koko, the 31-year-old Lowland gorilla that has mastered over 1000 words of modified American Sign Language to the point of being able to understand and hold a conversation, has entered the world of pop music. 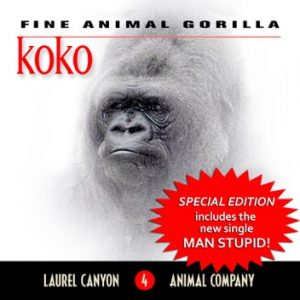 “We took a lot of our stuff from transcripts of conversations between Koko and her caretakers,” says Haynes, 54, a graphic designer, composer and former member of Ampex/RCA ’70s recording trio Aliotta-Haynes-Jeremiah.

Speaking on behalf of partner Walden, Haynes said the duo also sought Koko’s approval, playing her the album’s nine tracks of easy-listening reggae, blues, rock and Celtic numbers. They discovered the ape has a producer’s instinct.

“On the song ‘Fine Animal’ there’s a throwaway line that says, ‘Do you think I’d lie?'” Haynes explains. “When Koko heard it, she signed the word ‘shame,’ so we took that line out.

“She also said she liked the attitude of the demo better than the finished master.” 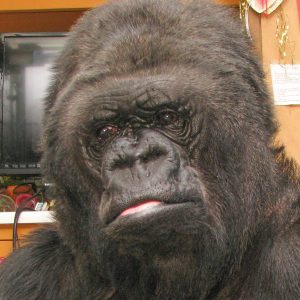 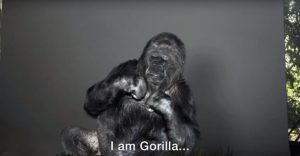 Retailing for $14 at www.koko.org and available at such notable music retailers as Tower, Virgin, CDNow and Amazon.com, sales of Fine Animal Gorilla will benefit Koko in more ways than one. Haynes and Walden have pledged a generous portion of the proceeds — “anywhere from $1.30 to $7 per CD” — to The Gorilla Foundation, established in 1976 by Dr. Francine “Penny” Patterson to save gorillas from extinction. Dr. Patterson is currently hoping to move Koko and other gorillas from their present habitat south of San Francisco to a more environment-friendly 70-acre sanctuary in Maui, where they will hopefully breed and multiply.

Haynes and Walden are hoping to do their part to contribute to the estimated $3 million cost of relocation.

“This is a way for them to make money without having to rely on donations or gifts,” reasons Haynes. “And there are so many people who love animals, and the shelf life is indefinite.”

Incorporating animals into a musical recording isn’t a new concept. In 1978, The Paul Winter Consort melded the sounds of the timber wolf, the humpback whale and the African Fish-Eagle into a world music collage for its groundbreaking A&M LP Common Ground.

As a mid-’90s novelty, sampled barks and meows made the Jingle Dogs and Jingle Cats recordings all the rage.

Even Peter Gabriel has gotten into the act, spending time at Atlanta’s George State University last year (2001) to explore music communication through keyboards with a dozen bonobo apes.

But Haynes feels he and Walden, a former keyboardist of ’80s Columbia R&B recording act Champaign, are on to something, especially if they can tap into pet owners.

“We make music for people who love animals,” he says. “There’s a huge, huge market and this is a genre that’s never been tapped. There are millions of dog and cat owners, and they all buy stuff,” ”

Although Fine Animal Gorilla is its most recent release, Haynes and Walden’s Laurel Animal Canyon Company have released other CDs, including one by Carla Mitchell, their first official artist. In case you’re wondering, Mitchell is an Amazon…parrot. 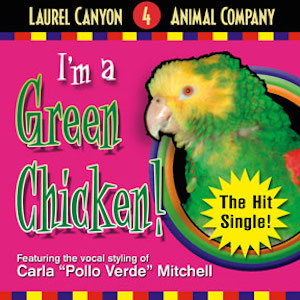 The idea to make music surrounding animals began on a lark. Hired by The National Academy Of Recording Arts And Sciences to create a collage for its Grammy print program, Haynes thought the idea would translate well to neighborhood pets.  In 1999, he and Walden assembled the dogs, dressed them in sunglasses, and wrote a bunch of songs around it.

“We started by doing an album about our dogs called Ugly Dogs Need More Love and followed it up with Catatonic,” says Haynes. 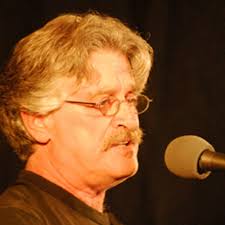 Reaction was so favorable that Haynes felt there was a glaring window of opportunity.

“I went back to my partner and said, ‘We’ve got to learn how to make money doing this.’ When you deal with people through their animals, they’re all nice to you, because their unconditional love for their animal spills over, no matter who the person is.”

Carla the parrot was recruited for “I’m A Green Chicken,” although attempts to register her as an ASCAP member failed because, as Haynes notes, “the parrot has no social security number.”

Future projects include Birdbeat, a CD that will featured Carla and other fine feathered friends, a Holiday album and one involving animal psychics.

“We want to see if we can get them to get some animals to help us write some tunes,” says Haynes.

Whether Haynes and Walden can parlay their $80,000 investment into a steady flow of milk and honey almost seems moot. What about the impact the music industry is facing should Koko or Carla become bona fide pop stars?

Will Koko one-up Van Halen and insist that all the brown M&M’s remain in the bowl?

Can Carla claw her way to the top and shoulder the seeds of discontent without swallowing them? And will radio station programming consultants suddenly shudder at the prospect of being replaced in their positions by species of higher intelligence?

Talk about your gorilla marketing.