Gomez likes to mix it up.

Part of the charm of the five-piece experimental rock band from Southport, England is that it’s hard to pinpoint their sound. 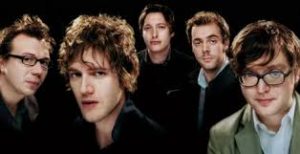 When they first broke on the scene more than a dozen years ago with 1998’s Bring It On, an album that unexpectedly snatched The Mercury Prize from an impressive field that included Massive Attack’s Mezzanine, Propellerheads’ Decksanddrumsandrockandroll, Eliza Carthy’s Red Rice, The Verve’s Urban Hymns and Pulp’s This Is Hardcore, they offered a lazy soulful shuffles spritzed with streaks of synth and dipped directly into the Louisiana Delta.

Six albums later, 2009’s A New Tide, introduced a reflective acoustic folk stamp on wistful confessional ballads. The band’s 2011 statement, Whatever’s On Your Mind, material that they’ll no doubt be prominently parading at the Mod Club Monday night, changes direction yet again, continuing to perplex the faithful by tossing saxophone and strings into the amalgam, keeping tempos strident and injecting a little more levity into such upbeat fare as “Options” and the beat-happy “Song In My Heart.”

But if you’re trying to ultimately define the typical Gomez sound, drummer and synth programmer Olly Peacock says the band’s most identifiable aspect is the fact that it employs three distinctly different lead singers in its ranks (Ian Ball, Ben Ottewell and Tom Gray, come on down).

“It’s definitely a lot more exciting to have that combination,” says Peacock down the line from his home in Brooklyn, New York.
“It offers more textures and lends itself to more experimenting. There are going to be moments where somebody sings a certain song due to ability or range, and times where maybe one person’s tried it and someone else ends up singing it.
“Plus, having three guys, you can layer the harmonies. It’s one of the elements that distinguishes who we are as a band.”

Aside from that sonic trademark, Whatever’s On Your Mind also sounds like the most disciplined Gomez studio album of the catalogue, and Peacock credits that accessibility with an unprecedented approach to the sessions.
“We decided we would only go into the studio when we had totally 100 per cent finished songs and all the lyrics written,” Peacock explains. “When we were ready, the songs were in great shape, and were well-structured, which we had never done before. Normally, we come in with songs that had open spaces and try to finish lyrics to a bridge, or stick in little parts of additional writing.
“We also wanted to keep it concise and drive the songs more by keeping them up-tempo.”

Gomez also relied on the outside perspective of co-producer Sam Farrar (Maroon 5) and its management team to help decide which songs made the final cut. Then the group converged from their various U.K. and the U.S. residences to Charlottesville, Virginia, where they worked at Dave Matthews’ Haunted Hollow recording studio. 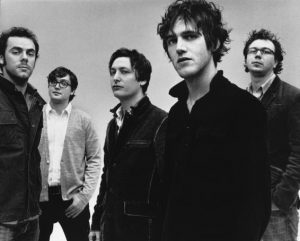 “It was good, because it took away the stigma of how long you may have worked on a song, or who originated it,” Peacock explains. “It really helped us.”

Not all of the in-studio trials were abandoned: Peacock says his favourite song on the album, a chop-rhythm, bass-drone barnburner called “Equalize,” is a mash-up of two distinct songs written separately by himself and singer guitarist Ball.

“We didn’t design it that way,” says Peacock. “We had two separate songs that were very good but weren’t finished, written in different tempos and different keys.
“At first Sam fused them together — it was a slap-dash technique that felt like a car crash, but in a wonderful way. We weren’t sure about it at first, then thought it was brilliant. And if it weren’t for Sam, we never would have conceived of it.
“I think it’s a bit more novel, exciting music that’s more indicative of the Gomez sound.”

By the way, the Mod Club date is a make-up date for last year’s Phoenix show, and is the band’s first local appearance since 2009.

“We had to let him rest in order not to damage his voice further,” Peacock explains.
“We did play a couple of shows without Ben doing vocals, but we thought it was best to stop. But Ben hasn’t had any surgery, and he’s singing as good as ever.”

Be the first to comment on "Gomez goes for variety"