The one question on everyone’s minds as the lights went down for rapper Drake’s main set of his third annual OVO Fest was how was he going to top himself this time?

For the first hometown celebration of October’s Very Own, christened for the Oct. 24, 1986 birthdate of Aubrey “Drake” Graham, Drizzy executed the mind-blowing coup of delivering rap kings Eminem and Jay-Z for added star power. 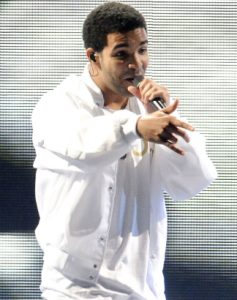 Last year, the gifted elocutionist whose silver-tongued syntax has vaulted him to mainstream superstardom brought no less than the legendary Stevie Wonder onstage for a few numbers.

In 2012, who would it be? Ex-squeeze Rihanna? Kanye West? Alicia Keys? Aaliyah in revived Tupac-hologram splendour?

None of the above: along with the expected cast of suspects — the principals of his recently wrapped Club Paradise Tour (2 Chainz, A$AP Rocky, French Montana, Waka Flocka Flame and Meek Mill), Toronto’s own The Weeknd and stalwart Rick Ross, who has appeared at every OVO Fest — Drake invited his “wife,” Nicki Minaj, and Snoop Dogg . . . er, Lion, for Sunday night communion.

The latter two may or may not fall within your definition of superstar talent (the veteran Snoop played the 700-capacity The Hoxton Saturday night; Minaj is still ascending the ladder), but it didn’t seem to matter much to the 16,000-plus denizens of the packed-to-the-rafters Molson Amphitheatre, who screamed their lungs out whenever anyone made a cameo. 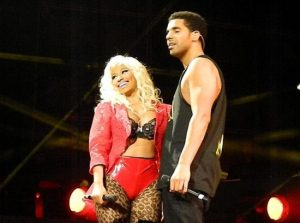 And if you asked Drake, he’d argue that the city of Toronto and the occupants were the true superstars, portraying himself as the ambassador of the T. Dot nation.

Unfortunately, The Weeknd may have been the 4-1/2-hour OVO Fest’s biggest victim, as the sound for his set was akin to wrapping the instruments in blankets and transmitting them by tinfoil, at least from a vantage point in the venue’s 300 section.

Singer Abel Tesfaye’s high register and romantic stylings succeeded with the crowd more due to the courtesy of them knowing the words, rather than from the sound they weren’t hearing.

Although the pleas from every single act to make noise grew tiresome, it’s clear that when it comes to headlining, Drizzy understands the art of the spectacle.

Dressed in white from head to toe and displaying the athletic restlessness of a prize fighter against a hi-tech backdrop of lights, multiple video screens and film noirish imagery, Drake rolled through dramatic anthems like “Underground Kings” and “HYFR,” energized by the electricity from an adoring crowd that gave him a loving hometown hero welcome.

Drizzy fed off it, shining as the headliner or relishing the role of cheerleader in the cases of his special guests like Snoop, who ran through “Beautiful” with a blunt in one hand and a drink in the other, or Minaj for “Beez In The Trap.”

But his penultimate moment came with his own delivery of “Take Care,” building on the song’s adrenalin rush and egging on his live five-piece band towards a climactic explosion of dazzling fireballs and jubilant dancing.

It was a point in the show where everything fell into perspective and as he said his goodbyes a few minutes later, dedicating the show to recent gangland violence victims Shyanne Charles and Joshua Yasay, you began to ponder if there’s a ceiling to the potential of Drake’s formidable talent, as he carries the spirit of Toronto on his shoulders.

Not anytime soon, that’s for certain. He announced that next year’s OVO Fest will be at the Rogers Centre and you have the feeling that Toronto’s unofficial urban ambassador is going to fill up the 40,000-plus capacity without too much of an issue.