Ready for some retro soul, man?

When the Dukes of September Rhythm Revue convenes at Molson Amphitheatre this Sunday led by the stellar trio of Steely Dan’s Donald Fagen, ex-Doobie Brother Michael McDonald and “Lido Shuffle” hitmaker Boz Scaggs, they’ll be mixing it up for the masses. 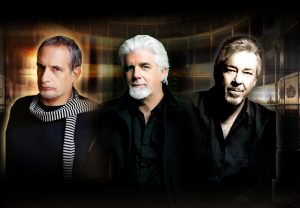 While it’s not too much of a stretch to assume that songs like “Peg,” “Lowdown” and ‘Takin’ It to the Streets” will probably make the set list, there will also be a choice smattering of R&B classics — some popular, some obscure.

It’s certainly the type of busman’s holiday that Fagen can get used to. For one thing, it involves actual buses, and the 64-year-old singer and songwriter is happy to share the load on stage as well, co-fronting an impeccable nine-piece band.

“It’s a lot of fun,” said Fagen from a Dukes tour stop in Vienna, Va. on Monday. “Each one of us only has to sing a third of the show, so there’s less wear and tear.

“And I think all of us enjoy kind of being sidemen. In a band, it’s less pressure, more fun, and we get to do material that we loved when we were getting into the business — old soul things, R&B, plus we do our own material.”

Although they’re only making their way to Toronto now, the Dukes have actually been around since 2010, an offshoot of an earlier, expanded Fagen project. 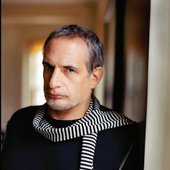 “In the early ’90s, my wife (New York singer Libby Titus) and I started a series of club concerts that turned into another project called The New York Rock And Soul Revue,” Fagen explains. “Boz, Mike and I were involved in that together (so) this is kind of a revival.”

With more than an estimated 60 million albums sold and a full mantle of Grammy Awards between them, it certainly seems like a match made in pop heaven, an ideal outing for those mid-’70s nostalgia embracers who remember these artists at their peak.

And for Scaggs fans, it’s an ultra rare sighting. The last time the 68-year-old played even close to Toronto was a Casino Rama date in 2008, around the time he released his last CD, Speak Low, an album of jazz standards. In fact, his last city concert may have been a 1997 date at Massey Hall.

A former Steve Miller Band member best known for 1976’s monster album Silk Degrees, Scaggs, 68, still averages 70 days a year, but also devotes a lot of time to his two businesses: Slim’s, a San Francisco nightclub, and Scaggs Vineyards, a Napa Valley organic farm he operates with his wife Dominique as a vintner. 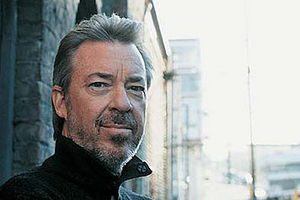 Currently finishing an album with guitarist Robben Ford, Michael McDonald, 60, initially joined Steely Dan during the band’s Countdown to Ecstasy tour, and participated on the remainder of the band’s studio albums until they announced their hiatus in 1981.

But when Steely Dan quit the road much earlier and became a studio entity, McDonald joined California rockers The Doobie Brothers by invitation in 1975 and reconfigured their sound, adding a much more jazzy, soulful edge that spurred them onto their greatest success with 1978’s Minute by Minute.

McDonald stuck around through 1982, departing for a solo career, with 2003’s self-described Motown thrusting him back into the public eye. 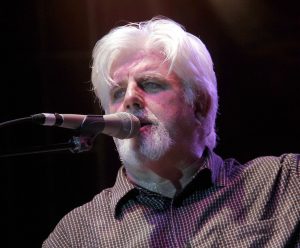 With his musical partner Walter Becker, Fagen revived jazz-rock perfectionists Steely Dan in 1993, and eventually released two more albums — 2000’s Two Against Nature and 2003’s Everything Must Go — touring as recently as 2009.

Fagen is working on his first solo album since 2006’s Morph the Cat, and insists it will be out in October, although he’s still deciding what to call it.

In the meantime, he’s happy to perform some Steely Dan classics and some soul favourites, including an Erma Franklin (Aretha’s sis) arrangement of “Piece of My Heart” that Fagen says “precedes Janis Joplin’s version.”

“It’s great being able to do songs other than the same ones you’ve been doing for years and years,” says Fagen. “That’s what makes it fun. Plus we’re all on stage all night, so it’s like a real band. So you get to sing background parts. You get to work out your parts as a player, and it’s just like being a kid.
“It’s like being a young player when you first join the band, you know?”