Canadian hitmaker says his new album is utterly true to himself — but he’s sure it will put him on ‘big stages, big festivals and arenas’ somewhere.

There aren’t too many artists who can boast of an appearance by heavy metal guitarist Dave Mustaine and country music legend Charley Pride on the same album.

In fact, Flat Lake, Alta.’s country music sensation Brett Kissel is probably the only one: his new album We Were That Song features both guests on separate tracks. 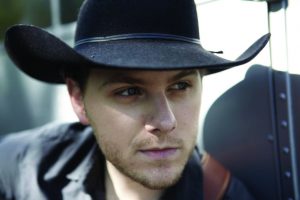 The 83-year-young Pride contribution to the album-ending reflective ballad “Burgers and Fries” probably isn’t so surprising, considering that Kissel grew up on a steady diet of Charley, Waylon Jennings and his all-time favourite Johnny Cash on the cattle ranch that has been in his family for over 100 years.

The rock-edged “Damn!,” however is a left-field choice that the married father of two reveals stemmed from an unlikely friendship with the Megadeth founder.

“I couldn’t believe that Dave offered to play guitar,” Kissel said recently at a downtown Starbucks. He returns to the city for two performances, including a matinee, at the Danforth Music Hall on Feb. 17.

“We were in Scotland together at a songwriting retreat with his daughter Electra (an aspiring country music singer). We’d become friends a year earlier, but it was here he asked, ‘So, when are you going to ask me to play guitar on one of your records?’”

Mustaine had only one condition.

“It’s got to be the most rockin’ track you’ve ever written,’” the 27-year-old Kissel says with a chuckle as he relates the story.

While the distorted crunch of Mustaine’s guitar certainly energizes “Damn!” — a complimentary, upbeat song about a desired woman — it’s not out of place on the 13-track We Were That Song, an album where action-packed tempos outnumber the ballads.

Whether it’s the song name-dropping title track, the slightly Celtic Mumford-feel of the joyous “Anthem” or more rock-flavoured edge of “Guitars and Gasoline,” this album has a kick that Kissel said was premeditated.

Kissel, who earned his first CCMA Rising Star nomination at the age of 16 following more than 70,000 in sales of his first three independent albums, makes no bones about the payoff he anticipates for We Were That Song, his fourth on a major label. 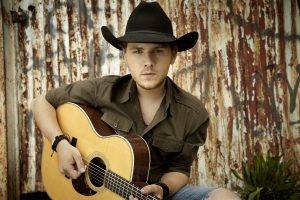 “This is the album that’s going to do it for us,” he says with a confident humility. “We want to take this not just one level up, but two, three, four levels up!

“We believe this music is ready for some big stages, big festivals and arenas. It’s a lot of everything.”

Now 27, Kissel has spent nearly half his life chasing the brass ring, and the homegrown success of such gold Canadian country music radio staples as “Started With a Song,” “3-2-1,” “Something You Just Don’t Forget” and “Airwaves” among others, as well as exciting shows and cheering crowds, has laid the initial groundwork.

South of the border, though, Kissel has been trying — like so many before him — to second guess what Music City wants out of its suitors. Despite having respected industry veteran Bob Doyle, Garth Brooks’ manager, as his co-manager, it’s been frustrating.

“I’ve been able to have great success here in Canada and it’s been awesome,” says Kissel, who is managed here by Invictus Entertainment Group’s Louis O’ Reilly.

“It definitely wasn’t easy, but I know the steps to take. Whereas in the United States, you think you’ll do these five things and it will lead to this result — I’ll do those five things, whatever’s asked of me — and meet a dead end.”

So rather than attempting to hit a mysterious moving target, Kissel has decided to bet on himself.

We Were That Song embraces the true Brett Kissel. He’s finally being himself without kowtowing to imagined U.S. expectations.

“My last albums (Started With a Song, Pick Me Up) were very special, but I was definitely trying hard,” Kissel admits. “There were elements of honesty there, but not full honesty.

“This album is completely honest, a result of Bob and a lot of other influential people in my life telling me, ‘You’re not going to be happy if you’re not doing what you gotta do. It might be the long way, but you’ve got to forge your own path, be who you are.’”

Kissel says fun-embracing, attitudinal songs like “Shootin’ It” and “Drink, Cuss, or Fish” are representative of the new “looseness” he’s incorporating into his songwriting.

“It’s walking the line of taking different risks on the record and caring more while caring less,” he explains. “I’m caring more about myself and what the fans want to hear, and caring less about being placed in a box.”

Also helping him find his way are the music business tête-à-têtes Kissel has enjoyed with both Brooks and Brad Paisley; he’s toured as an opener for both and Brooks, of course, is country music’s biggest-selling artist.

“Garth was just himself,” Kissel says. “Now that I know the story firsthand from Garth himself; it took a long time to get that traction: for someone to see him as a stock and invest in it, then watch him go to the very top. For the last couple of years, I chased and chased what I thought Nashville, American labels and the American industry wanted me to be. ‘Shootin’ It’ and this entire record is a perfect example of me saying, ‘I don’t care anymore. This is who I am and at least I’m going to be happy putting out this record.’”

Kissel is also taking a page out of the Garth Brooks concert playbook. With his return, Brooks has been performing multiple shows in one tour location, usually over a weekend, sometimes two or three full concerts a day.

In Canada, Kissel is ambitiously attempting the biggest domestic tour ever by a country artist — 100 dates — including 10 to 15 where, like his upcoming Danforth Music Hall shows, he’s staging two full concerts in a day.

Can he handle it?

“I’ve never done it before,” Kissel says. “But if Garth can do it, I’m sure as hell going to try.”