It took a while — a long while — before Robbie Robertson was ready to address the topics in songs on How to Become Clairvoyant.

Thirteen years between albums may seem like ages, but it’s not as though Robbie Robertson has been idle.

Prior to this Tuesday’s release of How To Become Clairvoyant — his first album since 1998’s Contact From The Underworld of Redboy — the Toronto native has been spending the years scoring such films as Any Given Sunday and last year’s Shutter Island; overseeing numerous Capitol Records reissues of The Band catalogue, including 2005’s exhaustive The Band — A Musical History and the 25th anniversary of The Last Waltz; planning a traveling tent show with Toronto über-promoter Michael Cohl for “the greatest celebration of Native North American music that the world has ever imagined” and even functioning as a Dreamworks Records A&R executive — signing, among others, Nelly Furtado to her first record contract.

Speaking down the line from Los Angeles, however, Robertson, 67, gives the impression that even if he hadn’t been juggling so many activities, his fifth solo effort wouldn’t have necessarily seen the light of day any sooner. 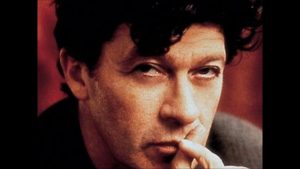 “I think that these things should go just according to inspiration,” says Robertson, a presenter at last Sunday’s Juno Awards ceremony at the Air Canada Centre who will be inducted into the Canadian Songwriters Hall Of Fame at the Toronto Centre for the Arts on Saturday, April 2.

“And I’ve had my focus at different places in the last few years. When I had some good ideas and I felt really strong about wanting to make a record, I just followed that path. I felt a calling, as opposed to, ‘oh, it’s time to make a record.’ ”

However, the 12-song Clairvoyant isn’t just any album: it’s easily the most candid of a 51-year career that began in 1960 with Ronnie Hawkins & The Hawks, morphed into The Band in 1967 and in 1987, turned solo with the Daniel Lanois-produced Robbie Robertson.

Clocking in at just under an hour, the new collection addresses Robertson’s colourful history: “When The Night Was Young” talks about his wide-eyed musical beginnings; “This Is Where I Get Off” explains his controversial decision to abandon the road on a high note with The Band and 1976’s The Last Waltz; “He Don’t Live Here No More” and “Fear of Falling,” the latter a duet with fellow guitar legend Eric Clapton, documents surviving the days of excessive partying and sacrifices made during the ’70s, all linked together by Robertson’s distinctively wispy tenor.

“It’s the most personal record I’ve made,” Robertson declares, although he’s as baffled as to the motivation behind this sudden soul baring.

“I don’t know — it’s a bit of a mystery of how things come about when they do,” he says. “I don’t have a scientific explanation for it. Sometimes when you’re writing a song, you don’t know where you’re going. I was always more comfortable writing mythical songs that disguised personal feelings, and this record wasn’t like that — it was personal, almost a relief. 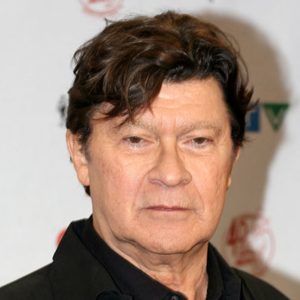 Although Clairvoyant is a Robertson record, it initially evolved from some planned writing sessions with Clapton, who co-wrote many of the songs and plays on seven of them.

“Eric was part of planting the seeds for this record,” he admits.

“Some years ago, we started talking about doing something together. We didn’t know precisely what we were talking about — we’re old friends, but we wanted to make some good music together.

“Anyway, we toyed around with some ideas some years back, and a couple of years ago, I ran across those sessions and I called him and told him, ‘We did more than what I thought we did, and there were some good ideas there.’ So he said, ‘Let’s go in the studio and see what happens.’ ”

With co-producer Marius de Vries and the rhythm section of bass player Pino Palladino and drummer Ian Thomas in tow, Robertson and Clapton retreated to London in 2008 and recorded the basic tracks.

Later, buoyed by “Fear Of Falling,” Robertson tweaked and embellished the sessions in his L.A. studio, with a diverse gaggle of guest musicians that include Steve Winwood, Nine Inch Nails visionary Trent Reznor, Rage Against The Machine/The Nightwatchman’s Tom Morello and percolating pedal steel wizard Robert Randolph pitching in.

Although he’s rehearsed and played some TV spots with The Dawes (singer Taylor Goldsmith is another Clairvoyant guest contributor), Robertson has no intention of touring behind the new album, or touring ever again.

“The road for me, because I started so young, I felt like I had learned just about everything I could learn from that,” Robertson explains. “I wanted to be able to challenge myself in other ways, and being on the road, it made me feel like I was in the same play for the rest of my life. And the redundancy of that was not exciting.

“As much admiration and respect I have for people that go out and tour forever, they have an attachment to that that I don’t have anymore. I haven’t toured since The Last Waltz, and in that movie, I talked about giving up touring.

“And I’m one of the only people that have stuck to their word on this thing.” he chuckles.

Robertson won’t be performing at his own April 2 induction into the Canadian Songwriters Hall Of Fame, either, although he’s thrilled to be recognized for a body of work that includes such Band classics as “Up On Cripple Creek,” “The Night They Drove Old Dixie Down,” “The Weight” and solo work like “Showdown At Big Sky” and “Somewhere Down The Crazy River.”

“When it all comes down to it, you try to do different things that are all exciting. I really have such fun making records, and this was one of the records I feel most fulfilled by, for all kinds of technical reasons — my singing, my playing, my songwriting, all of it.

“But when you line up all of those things, there’s nowhere to go without the song. And I first and foremost, I put that at the top of the list for me of challenges, so that’s why this award in particular really pushes a button.”

Robertson, also interviewed for the acclaimed documentary series Yonge Street — Toronto Rock & Roll Stories that aired on Bravo earlier this week, is also thrilled to be returning here for the ceremony. (“Every time I go back to Toronto, I get a really warm feeling inside,” he states.)

Robertson’s future plans reveal a full plate: in late May, he’ll return to Ottawa to finally receive the Order Of Canada he was awarded in 2007. Then he’ll start working on his memoirs for Random House, something he credits How To Become Clairvoyant for stirring up his interest.

“This record had something to do with opening that door for me,” says Robertson, who will spend a year or two recounting his life.

“I’m really looking forward to just rolling up my sleeves, sitting down and telling the story — and I’ve got a bunch of ’em.

“There have been people in the past who have come to me to write biographies on me, and in that process I really came to the conclusion that I needed to tell them myself.”

He’s especially consumed with the Cohl collaboration in the staging of the salute to First Nations music, though he gave no timeline as to the project’s completion.

“I have a great idea for a show story, and we’re in the process of trying to put that together,” Robertson revealed. “No one’s ever seen it before, what we’re talking about. It’s something that’s never been done before.”

Soon, you’ll even be able to mail Robertson to a friend, as Canada Post is launching his visage on a 57-cent stamp as part of a Canadian recording artist tribute that includes Kate & Anna McGarrigle and Quebec powerhouse vocalist Ginette Reno in July.

“That’s something that I didn’t see coming,” says Robertson.

“I think, some countries, you have to be dead to have your picture on a stamp. So I feel pretty honoured — like I beat the system or something.”

Be the first to comment on "Clairvoyant peek inside Robbie Robertson"