On March 11, within hours of hearing about the tragic magnitude 9.0 earthquake and the subsequent devastating tsunami that decimated Tohoku, Japan, Costa Rican composer/singer/producer Jorge Castro knew he had to respond.

So he called 14 of his well-known friends — singers Michelle González and Marta Fonseca, Malpaís principal Fidel Gamboa, guitarist Federico Miranda, and Castro’s drumming brother Andrés among them — and hurriedly finished a song he began in the wake of the destructive Sumatra tsunami in 2004.

Recorded under the collective Costa Rica For Japan, the resulting single, “Un Mar De Amor (A Sea Of Love),” has received widespread attention throughout Costa Rica, a nation with a population of 4.6 million, and blanket media coverage. It also yielded a video on YouTube.

“We needed something to put on the Internet so the Japanese know that on the other side of the world there are people that care,” says Castro.

Castro hasn’t been the only musician to spring into action for Japan. One of the first artists to help raise funds for the tragedy was Lady Gaga, who offered a “We Pray For Japan” charity bracelet via her website for $5, with all proceeds earmarked for Japanese quake relief.

While a recent lawsuit by a Michigan law firm claiming that she has profited from the project has attempted to muddy Lady Gaga’s charitable efforts, it was reported the bracelet raised $1.5 million as of late March. 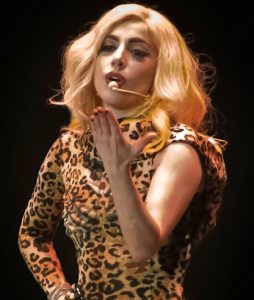 Lady Gaga’s generosity hasn’t ended there. She also contributed a Starsmith remix of “Born This Way” to the star-studded 38-song digital compilation, Songs For Japan, which contributed $5 million to the Japanese Red Cross Society. The compilation features songs by U2, Keith Urban, Cee Lo Green, Adele, and Nicki Minaj, among others.

The GRAMMY-winning artist also flew to the besieged country on June 25 and performed at MTV Video Music Aid Japan, a charity event broadcast to more than 30 million homes in Japan, South Korea and China that also featured homegrown artists MC AKB48, Girls’ Generation, Namie Amuro, and Monkey Majik among others.

“The recent events here really affected me, not just because I have so many fans in Japan, but because it’s hard to watch a country struggle,” Lady Gaga told Us Weekly. “But I can’t let myself cry — I have to be strong because [everyone in Japan] has been so strong. No one gave up for a second.”

Canadian rocker Avril Lavigne also rallied for the cause with her Abbey Dawn fashion line. The entire net proceeds of her “AD Loves Japan” oversized t-shirt are being donated to the Avril Lavigne Foundation to support Mercy Corps’ Comfort for Kids program in Japan. Lavigne also donated net proceeds raised by her single “Keep Holding On” on Amazon.com to American Red Cross’ Japan Earthquake and Pacific Tsunami relief.

“I want the people of Japan to know that they have been in my thoughts since the devastating disasters,” said Lavigne in a statement. “Japan and my fans there have been so important to me and so supportive throughout my career. I hope my fans around the world will join me by showing their support for our friends in Japan.”

GRAMMY-winning rock band Linkin Park has initiated several fundraising efforts, including a pair of T-shirts designed by co-founder Mike Shinoda, and, in conjunction with lead vocalist Chester Bennington, a Signal Snowboard featuring Linkin Park vinyl as graphics was auctioned in May.

The band is also promising to perform a secret show in Los Angeles on Aug. 31 for the first 500 people who raise $500 or more, with all proceeds going to Save the Children’s Japan Earthquake Tsunami Relief via Linkin Park’s charitable organization Music for Relief.

With artists ranging from Sonic Youth, Lou Reed and Yo La Tengo to John Zorn, Norah Jones and Yoko Ono pitching in with shows, music and merchandise, a diverse cast has united to show the positive healing power of music similar to relief efforts for such recent disasters as the Nashville flood in 2010 and Hurricane Katrina on the Gulf Coast in 2005.

And even if money isn’t involved, musical tributes such as “Un Mar De Amor (A Sea Of Love)” express a sentiment that will go a long way toward helping with the healing process.

“It’s not necessarily about money,” says Castro. “We did it out of love and support and solidarity. Music is a universal language.”

Be the first to comment on "Music For Japan"