On Cape Breton Island, the music flows like water.

Despite its relatively modest population, at 132,000 residents, this Northeastern tip of Nova Scotia, spread over 10,311 square km, has launched a number of tuneful tributaries surnamed MacMaster, Rankin and Sampson: artists that have impacted lands and listeners far beyond its borders.

The Island’s musicians are largely known for Celtic music, folk, and roots, whose traditions stretch back hundreds of years to their origins in Scotland, Ireland, and France. Those old ways are celebrated through such cultural ambassadors as The Barra MacNeils, The Rankins, and Natalie MacMaster, as well as such gatherings as the Celtic Colours International Festival, Gaelic College Ceilidhs(kitchen parties) and the Acoustic Roots Festival. 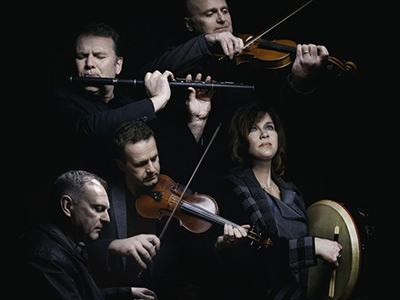 The current generations of such established musical families are widening their options and exploring additional genres, from the indie rock of the now-Toronto-based Alvvays, led by the voice of former Rankins fiddler Molly Rankin, to pop trio Port Cities, whose members include Dylan Guthro, son of folkie Bruce Guthro. Lately, hip-hop has also been a going concern, with rappers Mitchell Bailey from Glace Bay and SHIFT FROM THE 902, a.k.a Todd Googoo, from Eskasoni, working to add their voices to the international mix.

“There’s something in the water, indeed,” chuckles professional songwriter Gordie Sampson, the SOCAN, JUNO, and Grammy Award-winner best known for co-authoring two Carrie Underwood chart-toppers “Jesus, Take the Wheel” and “Just a Dream.” “It’s undeniable, given the small population and the ratio to musicians that come out of there. Simply making a career as a musician of any kind, whether you’re a songwriter, player, fiddler, or singer, you’re held in high regard in that community. It’s viewed as an important vocation.”

There are many reasons why Cape Breton has been the breeding ground for so much renowned music – from Glencoe Station’s legendary John Allan Cameron and North Sydney’s Matt Minglewood in the ‘60s and ‘70s; to Creignish’s fiddling wunderkind Ashley MacIsaac; Glace Bay singers John Gracie and Aselin Debison; and Mabou’s The Beaton Family and The Rankins (both collectively and individually).

The most obvious is lineage, with the music fermenting from the influx of French, Scottish, and Irish settlers during Cape Breton’s 18th century colonial days, and Islanders continuing to preserve those sounds.

“It’s popular because it stems from a time and a place where it was almost necessary for [Islanders’] survival,” notes Troy fiddling sensation Natalie MacMaster, niece of Judique fiddling legend Buddy MacMaster. “Scottish settlers came to a place that they’d never been to before, and the music was the joy, a piece of home for them.

“[Cape Breton] artists are serious storytellers. They know how to write songs that impact and resonate with people.” – Sheri Jones, of Jones & Co. Artist Management

“This cherished music just kind of took root in Cape Breton and spread through the land. There was a lot of that Cape Breton-style fiddle music that blossomed in other pockets of cultures. Like the French, a small bit of Irish, and even the First Nations people, that mixed different dialects, depending on where you were on the Island. Now, 250 years later, I think people just really have that joy for the music, and it’s what feeds the soul.”

Heather Rankin says solitude shouldn’t be discounted as another crucial component to the evolution of Cape Breton music.  “I think it has to do with the fact that Cape Breton was isolated for a long time,” says Rankin. “We weren’t that accessible, really, until the ‘50s when they built the Canso Causeway.” 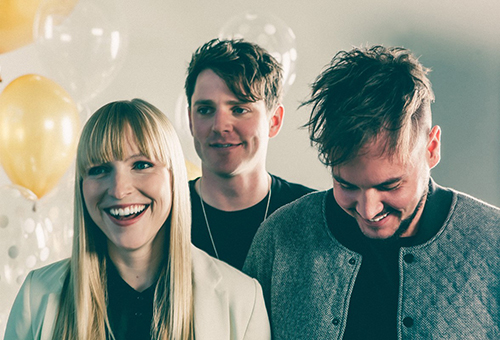 Rankin suggests that music also became a major concern because there was little else to do. “A lot of people had theatres, and bars, and restaurants,” Rankin says. “We had nothing like that growing up. So I think it’s partly to do with the small-community environment, and that’s how people entertained one another for generations. It was still very quiet where we were growing up in the ‘70s in Cape Breton… and I think even for kids that are coming up today… It’s still out of the way, and there’s not that much to distract you, although there’s a lot more technology these days.”

Port Cities’ Carleton Stone agrees with Rankin’s assessment. “There’s a very strong storytelling, singer-songwriter tradition there, and you’re isolated,” says Stone, who shares the stage with his fellow Port Cities singers and songwriters Breagh MacKinnon and Dylan Guthro. “A lot of the year it’s winter, so I think a lot of people have a lot of time to gather around and play music together.”

Adds Guthro, “There’s not a whole lot to do, other than get together and jam. Cape Breton is famous for its kitchen parties, with everyone getting their instrument out and just playing. I’m sure that contributes to the talent.”

Also contributing to the high standard of Cape Breton musicianship are scrutinizing audiences, says Gordie Sampson, who hails from Rita MacNeil’s home community of Big Pond, population 47, and who annually returns from his Nashville base to run his Gordie Sampson Song Camp (which is where the members of Port Cities actually met, and started writing together).

“The crowds can be tough, in the sense that you really have to move them,” he says. “They’re not going to clap for you just because you’re there… When you’re cutting your teeth in that community, you can’t really fake it, or phone it in. It makes everybody dig in a little deeper.”

Cape Breton musicians can make a living in what’s generally acknowledged as an economically depressed part of Canada – The Cape Breton Post reported in April 2018 that Nova Scotia receives $1.838 billion annually from the federal government in equalization transfer payments, $15 million of which is received by the Island. Still, the allure to travel outside its borders is irresistible.

“If you want to take it to the next level, you end up moving away, because there’s a ceiling,” says Sampson.  “Whether it’s money you want to make, or wanting to go on the road, you will reach that ceiling. It’s a very small demographic.”

What they’re up to
Heather Rankin:  After releasing her second solo album Imagine in 2017, Rankin has been touring, and this summer performed with the Nova Scotia Tattoo. She’s playing live in Alberta and Ontario in the Fall, and gathering material for her next album. 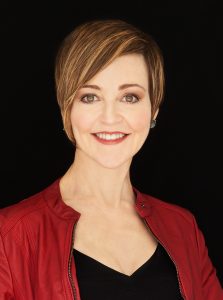 Heather Rankin discovered the global appeal of traditional Cape Breton music when The Rankin Family struck out on their own in 1989 with an eponymous album. “We thought it was just something for people in our backyard, and that it was old-time music,” says Rankin. “But we were able to touch and enrich people in far corners of the world, as far as Australia and New Zealand, and parts of Europe and the United States. That music resonated with people.”

Celtic-flavoured folk and roots music also brings people to Cape Breton, especially through annual festivals like Celtic Colours International, which runs October 5-13 this year. The festival features both international and local talent, and draws more than 20,000 attendees annually. “Locals come to see the visiting artists, and foreigners come to see the locals,” says David Mahalik, the festival’s information officer, adding that Celtic Colours’ attendance continues to grow. “We’re consistently climbing,” he says, adding that the ticket split ratio between locals and foreigners is “60/40 now for people coming from off-Island.”

Crediting the internet for attracting audiences around the world, Mahalik says the reputation of Celtic Colours is attracting tourists. “We hold the Gaelic culture in high regard and recognize it as a basis for the music, the dance, and it all gets rooted back in the culture,” he says. “We’re very careful to respect that, because that’s our origin story.”

Gordie Sampson says music and tourism are irrevocably intertwined. “Music is part of the fabric of tourism,” he says. “Part of the experience of coming to Cape Breton for the first time involves a heavy music component: People come and want to see music, and hopefully want to buy it.” 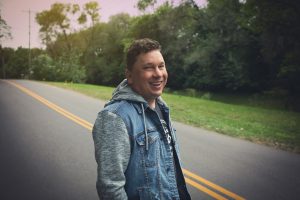 “The musicianship is intricate, and these artists are serious storytellers,” says Jones. “They know how to write songs that impact and resonate with people.”