Without any real help from a U.S. career, Brody savours his upcoming big T.O. show at the Budweiser Stage — and plans his next move.

Precedents are difficult to come by in the world of music, but when he plays Toronto on August 24, country music sensation Dean Brody will be achieving a big one.

When he takes to the Budweiser Stage headlining a show (also featuring Tim Hicks, Carly Pearce and a multitude of “surprise” guests), Brody will be the first Canadian country star to headline the venue based strictly on his domestic success. 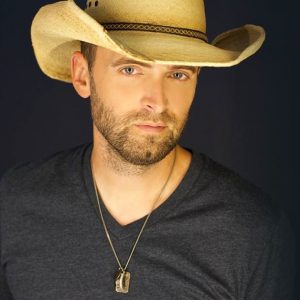 Sure, Terri Clark and Shania Twain have headlined the 16,000-seat capacity venue in the past, but Twain had already crossed over to global pop superstardom by the time she toured her 1997 album Come On Over and Medicine Hat’s Clark — whose first Molson Amphitheatre (as it was known then) performance was marked by a thunderous eight-minute standing ovation before she even played a note — had by that point become a staple on the Billboard Country Music charts with hits like “Better Things To Do” and “Emotional Girl.”

However, with the exception of the song “Brothers” and a very short stint on Broken Bow Records, Smithers, B.C.-born Brody has built his following strictly between these borders — over six albums and such unique self-penned hits as the calypso-tinged “Roll That Barrel Out,” the rollicking tale of murder and escape of “Bounty” that he recorded with Lindi Ortega, and the good-time party shuffle of “Soggy Bottom Summers” that includes Alan Doyle in the unlikely role of a police officer.

He’s released four gold albums and his total combined sales of long players and digital tracks top over 1.1 million units. So it’s more than time for him to capitalize on the Toronto market with an amphitheatre concert.

“This is a really big deal,” Brody, 42, acknowledged during an interview at a park located just north of Queen St. E.

“When I played my very first show in Toronto at Boots & Bourbon Saloon, there may have been 12 people in the audience . . . and I think I’m being generous.”

Brody, whose latest album Beautiful Freakshow offers an Ennio Morricone-type of whistle, a guest rap by Halifax hip-hop artist Shevy Price and mentions of Quentin Tarantino on the title track alone, has built his career criss-crossing Canada, conducting endless radio tours, and building up his public presence with hits and concerts to the point where he headlined an arena tour throughout the country late last year, mainly under the guidance of maverick Canadian country manager Ron Kitchener (Corb Lund, Doc Walker, The Road Hammers and others).

And prior to that, the former sawmill worker had followed the typical path of a wannabe country music star: he headed to Nashville and spent six years alternating between 9-to-5 songwriting appointments with collaborators and working on Dean Brody, his debut — and only — album on Broken Bow Records.

About six weeks into the radio tour to support the album, Brody suffered a potential career-ending accident.

“We had a night off and my radio rep from the East said, ‘Hey, let’s go waterskiing,’ ” Brody recalls of the 2009 incident. “So we went on the Potomac River and I wiped out and my ski hit my face. I had to go the ER and ended up getting full reconstructive surgery on the left side of my face. I collapsed my orbital and whole bunch of other stuff.

“That kind of put the brakes on, as far as the radio tour and the momentum we had going. I felt like we had some great momentum. I had to take six weeks off.”

Although Brody resumed his radio tour once he stopped, in his words, “looking like a Cyclops,” he was concerned that the surgery was going to affect his singing.

“I was definitely messed up when I went back out,” Brody admits. “I was scared. I’d start singing and felt like I’d heard vibrations in my nose. I did a couple of test runs with my producer and he said, ‘Man, you’re fine. There’s no buzzing. It’s just in your head.’ ”

Shortly thereafter, Broken Bow demanded that he change his management team. When Brody refused, his contract and the visa allowing him to work in the U.S. were terminated, leaving him to find his own voice once he returned to Canada.

“It’s been kind of awesome,” Brody agrees. “It’s the perfect amount of travel and touring and I can spend a lot of time at home where I can write and work on my stuff.

“If I’d had a U.S. career, I wouldn’t have time to write and the space and the energy to do it. There’s something about the road to me that’s not creative — it’s a different kind of fun.”

In an ironic twist, the recently separated Brody — who is up for five Canadian Country Music Association nominations including Album of the Year for Beautiful Freakshow; Single, Songwriter and Video of the Year for “Time” and the coveted Fan’s Choice Award — is heading back to Nashville for an extended stay after a few more Canadian dates to work on his next album and stoke the creative fires.

“I think it’s time for a new chapter and I’m going to explore my creative side and do a bunch of writing with people,” Brody explains. “The things that I was apprehensive about doing before, I really want to get into this time and write a few songs with people — you can sharpen each other. When you’re off by yourself, it can be good but it can also be isolating.

“When you’ve also got other people to be around to get excited about a song, or a melody, or a demo — and it gets pitched to an artist — I kind of miss that side. I’ve been writing exclusively for myself, but I’d like to write for other artists.”

He’s pleased to make his return to Music City buoyed by a new characteristic — self-assurance.

“I didn’t have confidence before,” Brody admits. “I’d have an idea in a room with three people and I really wouldn’t stick to it. I’d just throw it out there, and confidence is a big thing when you work with a bunch of people. I felt like my ideas would get brushed aside, so I’d go home and write them.

“But now, even if I just write with somebody else a couple days a week, I think it’s good: it stretches you and challenges you — especially right now with music morphing and going so many directions. Country, especially, is very different right now.”

As far as accomplishments go, Brody says he’s fulfilled almost all of his artistic ambitions and basically wants to keep making a living at music. But there is one item on his bucket list that he’s working towards obtaining: a rowboat, so he can relax during his down time.

“I’d love to buy a rowboat,” says Brody. “I used to love just rowing around in a boat. It sounds very simple and basic, but people should try it — it’s great. It’s cathartic. It’s peaceful and you don’t think about the exercise.

“Just toss a line in and do a little fishing.”