For Calgary singer-and-songwriter JJ Shiplett, after 12 years of constant slogging on the club circuit, his cherub arrived unexpectedly in the guise of Johnny Reid, the multi-platinum-selling singer-songwriter who has the ability to pack arenas across Canada.

After hearing Shiplett sing harmony on some Joni Delaurier songs, Reid called him up.

“At first I was taken aback by JJ vocally,” Reid admits.  Within two days, Shiplett was in Nashville and the duo were working on Something to Believe in, the album he’ll release in January 2017. Shortly after recording, Reid invited Shiplett to tour arenas as his opening act; signed him to a management deal with his own Halo Entertainment; negotiated deals with Warner Music Canada and eOne Music Publishing; and secured Paquin Entertainment as his booking agency.

“I do believe that songwriting is supposed to connect people and hit them right in the gut.”

“I’ve still got a long way to go, but I feel like I’m making up some ground now, you know?” says Shiplett from his Calgary abode. “But I don’t think I’d change anything, because that’s what makes you the singer and the songwriter that you are. No regrets, but it’s nice to be moving forward.”

As much as Shiplett initially impressed Reid with his distinctive, raspy tenor, the Calgarian eventually won him over in the songwriting department, with such songs as “Darling, Let’s Go Out Tonight” and “Something to Believe in.”

“I’ve built a career out of songs that are about dedication, devotion, admiration: That’s who I am,” says Reid. “So I heard this song ‘Something to Believe in,’ and I thought, that’s kind of what people need. I was drawn to that song. He did an acoustic version and I could hear where I would go with that song, like with a choir.  The very first song I heard was ‘Darling, Let’s Go Out Tonight.’ And I instantly became a fan. He writes in a style I don’t: very abstract, in comparison to me.” 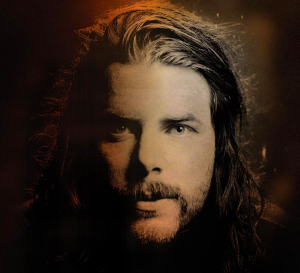 Career improvement aside, Shiplett’s approach to writing hasn’t changed. “Usually what I’ll do is, I’ll write and get a song to a point,” explains Shiplett, a multi-instrumentalist whose musical pursuits were encouraged by his parents. “I’ll get it to a point where there’s a rough structure and rough arrangement. But I don’t really hold songwriting too sacred. There are a few friends that I’ve been working with for years, and I’ll take it to them and say, ‘Here’s the skeleton, can you help me put some meat on this thing?’

“That works for me, because songwriting can be laborious. I’m not one who’s able to pop out 10 songs in a day. I’ll sing the same two lines over and over again for three months until something else comes to me.”

In terms of his ideal creative location, Shiplett says, “I’m pretty big on my environment. I don’t like to sit when I write, I like to stand. So if I’m at the living room in my house, I close all the blinds, grab my acoustic guitar, and just start singing. I allow my natural instincts, my gut, to lead the way. That’s how I stumble upon something, and I go, ‘Okay, so that’s an idea that I can consider further down the road.’”

Once it’s down on his iPhone or iPad, Shiplett will go through the snippets he’s compiled every six months or so, mixing and matching them if the song warrants it. “I’ll make a judgment call on it then,” he says. “I allow myself enough time to think, okay, that’s something that I want to come back to and work on, or I’m going to let it go.”

Shiplett prefers to write songs like “Something to Believe in,” – which he wrote five or six years ago – and make a connection.

“The most important thing to me is that I do believe that songwriting is supposed to connect people and hit them right in the gut,” he says. “I want to be known as a songwriter who hits people in the gut pretty hard, with honesty and the truth. It’s a big thing for me – I want people to feel it.”