Billy Talent was ready. The album had been written, the songs had been rehearsed and the veteran hard rock Toronto quartet – 23 years and four original studio albums deep into their career – was preparing to hit the studio to record what was to become long player No. 5, Afraid of Heights.

In an emotional band meeting, drummer Aaron Solowoniuk, who’d been diagnosed with multiple sclerosis (MS) 15 years earlier, told his longtime buddies –  singer Ben Kowalewicz, guitarist Ian D’Sa and bass player Jon Gallant – that he had to step back from his band commitment due to a flare-up.

D’Sa remembers the devastating meeting. “It was roughly September of last year,” he recalls. “We’d done a number of summer festival shows, and we noticed Aaron was struggling about three-quarters of the way into the set. That had really never happened before. His back was hurting and he was concerned that he might be having a mild flare-up.

“We were supposed to go into the studio in the Fall, and we pushed back the studio time a little. He saw a round of doctors and they confirmed it was an MS flare-up. We told him we’d push the record back until he felt better. He had learned all the songs on the drums and we were all ready to go. And then it just never really got better.

“When we rehearse, during the breaks we discuss stuff, and a lot of that ends up in the lyric.” – Ian D’Sa of Billy Talent

“A couple of months later, we had to have the most disheartening meeting you’ll ever have as a band, where Aaron basically said, ‘I won’t be able to play drums on this record and I don’t want you guys waiting around anymore. I need to get my health back in order and I think we should get someone else to record the album and tour.’”

The unanimous choice was Alexisonfire drummer Jordan Hastings, a Billy Talent tour mate for more than a decade. “He’s a really good friend and he knew Aaron’s situation,” says D’Sa. “It all worked out. He learned the songs and came to the studio with us in January.”

While Hastings joined the band for the Afraid of Heights sessions – and is now touring the world with them – D’Sa says that Solowoniuk was a welcome studio presence. “He was there every day when we were recording, taking pictures for social media,” says D’Sa. “He’s not only our drummer, but we’re all best friends from high school. He’s such an important part of the chemistry of the band that it’s good to have him there.”

The light at the end of the tunnel: Solowoniuk’s health has improved to the point that the band hopes he’ll re-join them on the road in 2017. “Over the summer he’s progressed quite a bit,” says D’Sa. “He’s looking a lot better and he’s just getting his strength back now. He hasn’t been on the kit yet, but every time we come home from tour, he’s doing better. I’m hoping by the end of this year he’ll be back on the drums again.”

Although Billy Talent members are obviously frustrated by Solowoniuk’s situation, the collective that first started out as Rage Against the Machine cover band Pezz; later gave us such memorable classics as “Try Honesty,”“Devil in A Midnight Mass” and “Rusted from The Rain”; and has since amassed sales of more than five million albums and a worldwide following, can take some consolation in delivering their most accomplished work with Afraid of Heights. 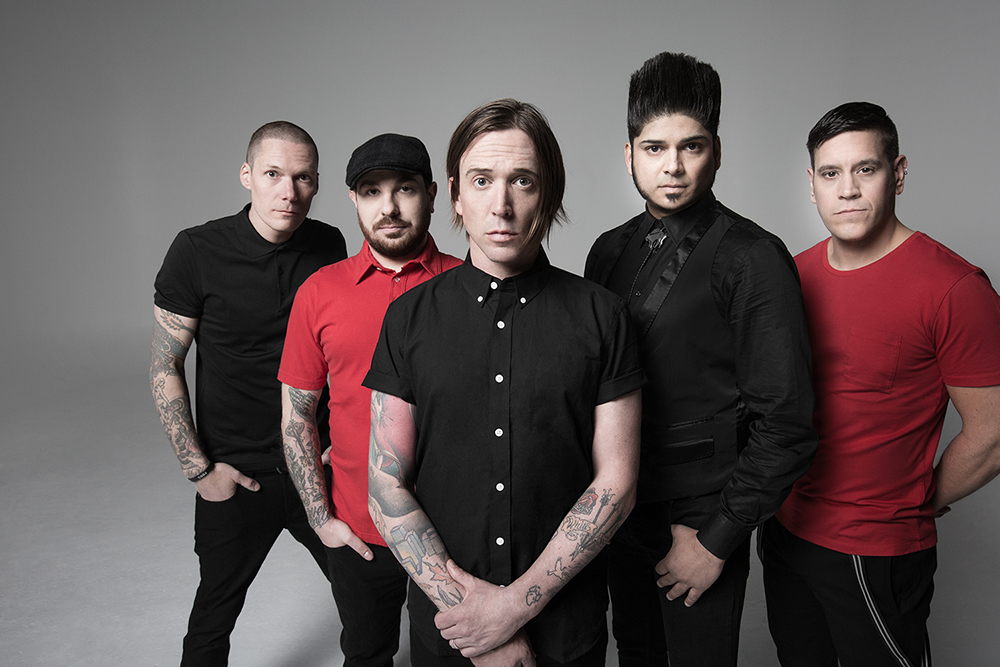 Their first full studio album since 2012’s Dead Silence (2014’s Hits contained a pair of new songs, “Kingdom of Zod” and “Chasing the Sun”) is also their most topical:  the 12 songs, ranging from “Big Red Gun” and “Ghost Ship of Cannibal Rats” to “Horses & Chariots” and “Rabbit Down the Hole,” are mature observations of senseless gun violence south of the border, and the environmental decay, religious acrimony and political calamity that have plagued this planet for the past four years.

“The songs are a little bit more politically-leaning on this record than ever before,” says D’Sa, who doubled as producer of the album. “It’s a little more urgent than anything we’ve done since maybe our second album, and I think our sound is growing. There are a lot more elements being added, like pianos, synth parts, and acoustic guitars, things like that. It’s important for our band to keep growing.”

The overall Afraid of Heights theme? A study of the state of human compassion. “I would say that’s a very good synopsis of the album,” says D’Sa. “It feels like the whole theme of Afraid of Heights is a metaphor for humans being afraid of doing the right thing, which is strange: You’d think in this day and age we could make sound decisions as a collective society, but it seems to be getting worse, in a weird way.

“You look at everything from Brexit to the amount of support [U.S. presidential hopeful] Donald Trump gets – it just doesn’t feel like we’re all on the same page or moving in the right direction. So I guess this is where the metaphor comes from: We, as a society, seem to fail to understand how to feel empathy for other people… or how to put ourselves in other people’s shoes… or even feel compassion in general for others that are different from us, or have different sexual orientations, or different coloured skin. A lot of themes on the record are about that.”

For the record, those themes begin first and foremost with D’Sa. “I’ll write all the music first, and part of the lyrics – generally choruses and things like that,” he says, and adds that he often records demos in Billy Talent’s Toronto studio. “I’ll usually have the main theme or the idea behind the song there lyrically, and then Ben and I will get together and work on the lyrics for the rest of the song. It starts with the music, and then the spark of what the song will end up turning into.”

D’Sa says the topics that evolve into future songs usually stem from band discussions during rehearsals. He says there’s a natural trust between the foursome when it comes to song creation and development. “That kind of shapes the lyrics in our band,” he says. “Ben and I both know what our band stands for, and what we want to say collectively, so we’ll work the lyrics towards that, or just totally start from scratch on an idea. But a lot of it comes from conversation about things that are happening in the world. When we rehearse, that’s generally what we do: during the breaks we discuss stuff, and a lot of that ends up in the lyric.”

But there’s also room for slightly lighter fare when it comes to subject matter: “Louder Than The DJ” is “a song written in defense of rock ‘n’ roll and a reminder that rock bands are still here… it’s certainly nothing against DJs or EDM music,” says D’Sa. 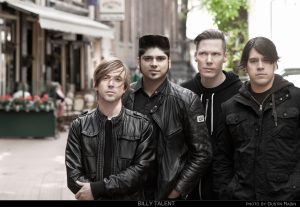 As the band continues to circle the globe – this year. they’ve already played Moscow, the U.K. summer festival circuit, Japan and Australia, and will hit the U.S., Canada, the U.K. again and Germany before 2017 – Ian D’Sa says he’s proud of how creatively far Billy Talent has come, and excited about its future horizons.

It’s all in the name of progress. “When we first started in 1993, we were literally a Rage Against The Machine cover band,” D’Sa recalls. “I never thought we’d get out of that, with Ben almost rapping and all the ‘screaminess.’

“But we have. Over the years we’ve turned into this band that’s more melody-based than our early punk roots, and that’s huge. Just watching the band turn into what it is now from our early beginnings is incredible. Being able to add things like synthesizers on songs and not worry about what people think of it is a big stepping stone for us.

“And I know the four of us remain incredibly passionate about what we do.”