Kimbra Lee Johnson is someone that you want to know.

Most recognized for her cameo appearance as the female foil for Gotye on his massive smash hit “Somebody That I Used To Know” — a song that has spent the past eight weeks topping the Billboard Hot 100 — the leggy New Zealander known as Kimbra is making some inroads of her own with her debut album, Vows. 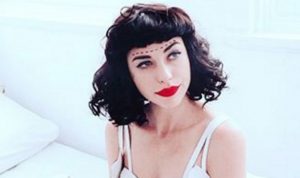 The 22-year-old has already captured the Australian equivalent of a Grammy for Best Female Artist in association with the Vows track “Cameo Lover,” as the album is approaching the one-year anniversary of its release Down Under.

But a different version of Vows has been released for North American audiences, and Kimbra — who opens for Foster The People at Downsview Park on Tuesday, and headlines her own show at the Danforth Music Hall on October 27 — spent time in the studio with producer Mike Elizondo (Nelly Furtado, PInk, Eminem) to update the album.

“The upside is that I added six new songs to Vows,” says Kimbra, a few days after working on a song in a Montreal studio she’s hoping to pitch for a Tim Burton film project.
“I don’t think I could handle promoting the exact same record all over again, but because this feels like an evolution of the album I initially put out, I still feel connected to it. Seeing how new audiences react to the songs gives me a new energy performing them.”

Vows is a soulfully beguiling collection of songs that range from jazz-inflected pop (“Settle Down”) to Brill Building-influenced melodies (“Cameo Lover”) and beatnik pop (“Good Intent”), with 12 of the 13 tunes co-written by the singer.

“I think the hobby of songwriting was really exciting to me as a kid,” recalls Kimbra, the daughter of a doctor and a nurse who picked up the guitar at the age of 13.
“I remember running home from school and getting really excited to get on the guitar and create something.
“I was lucky to get a head start in that sense.” 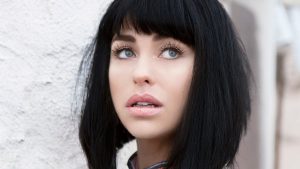 That enthusiasm has spilled onto Vows, and Kimbra projects that album’s stylistic diversity will serve her well in the future.
“It’s your debut record, so it’s kind of your chance to throw all the colours at the canvas, and mess them around and see what works,” she notes. “By consciously exploring many sounds, you find out what is integral to your own signature sound throughout that process. Writing for different formats and continuing to collaborate with artists will help push me in new directions.”

Describing her show as an “aggressive translation of the songs,” Kimbra says she and her four-piece band are “really energetic.”
“We really enjoy stirring songs up and making them a new experience for people.”

Be the first to comment on "After mega-hit, Kimbra goes for broad appeal"