Gary Burton and Chick Corea have proven to be one of jazz music’s more enduring partnerships.

Including 1972’s introductory Crystal Silence, the American vibraphone-and-piano duo has recorded seven albums together and netted themselves five Grammy Awards, as they’ve explored everything from fusion and chamber music to 2012’s Hot House, a CD covering standards. 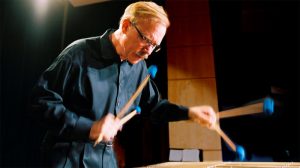 Appearing with The Harlem Quartet tomorrow night at the acoustically-radiant Koerner Hall, the 69-year-old Burton, an innovator of four-mallet vibe technique and a fusion and post-bop visionary, took time out from recording his current quartet — guitarist Julian Lage, bass player Scott Colley and drummer Antonio Sanchez — to answer questions submitted by e-mail, including his three-year stint with cool jazz tenor saxophonist Stan Getz that began in Toronto.

Q: When did you first perform and record with Chick Corea?

A: Our first chance to play together was just a coincidence. We were both at a jazz festival in Munich in 1972 with other musicians, and the promoter asked everyone if they would take part in a jam session to close the concert. As it happened, the only ones who said yes were me and Chick.

We had a laugh about that, and then decided to just go ahead and play a duet piece. We rehearsed one of Chick’s new compositions at the sound check and when we played it at the end of the concert, it was a big hit with the audience. Chick’s record company president happened to be there, and he immediately started persuading us to record a whole album as a duet. We thought it was a pretty esoteric thing to do, and couldn’t imagine it being all that successful, but a few months later, we were in a studio in Oslo, Norway, recording our first record, Crystal Silence. That was 40 years ago. 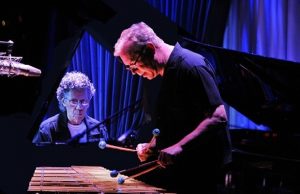 Q: What is it about Corea that makes him your ideal collaborator?

A: We noticed at that first recording session in Oslo that we have almost telepathic communication when we play. In fact, for that record we had planned on three days in the studio, since we were starting from scratch and didn’t have anything rehearsed or prepared in advance. But, we put it together so quickly — every tune was done in one take except for one piece that required a second run-through — that after a few hours, we were finished. So, we changed our plane reservations and flew home two days early.
It’s been that way ever since. I seem to be able to sort of guess what he’s about to do next, and the same is true for Chick. I’ve had high rapport with some other players, but what Chick and I have going is on another level entirely.

Q: How did you meet Stan Getz?

A: The year was 1964, and Stan was looking for a piano player to replace someone leaving his band. He was having trouble finding someone for his next tour (to Canada, as it happened). He checked in with an old friend, Lou Levy, the pianist for singer Peggy Lee, and Lou suggested Stan call me, thinking that because I played with four mallets, I could perhaps substitute for piano. So, I got the call, and my first gig with Stan was two weeks at the Colonial Tavern on Yonge Street.

Q: You’ve been credited with being part of the developing California cool jazz scene and a jazz-fusion pioneer. Were you aware of your innovations at the time?

A: I’ll put it this way. I knew I was exploring new possibilities. What I didn’t know was that such explorations would become established trends. I think I always have been someone who likes to push at the edges of things, looking for something different. I try not to go too far, I still want an audience to be there, but I’m definitely one of the musicians who like to have variety. Chick is very much the same.

Q: In 1994, you declared your homosexuality. Has that impacted you professionally? Is it something you would encourage others to do, based on your experience?

A: When I came out, as they say, I wondered if it would affect my career. But I was at the halfway point in my life then, in my early 40s, and felt like this was something I wanted to sort out, after years of confusion. I was prepared to let the chips fall where they may.
As it turned out, I have never once had a negative experience as a result of going public. All my musician buddies have remained loyal friends, and my career has only continued to evolve and get better. I don’t know what might be said when I’m not around, but I certainly haven’t lost any work or any friends because of being gay.
I hope my positive experience can serve as encouragement to anyone else who is worried about coming out. The whole issue has come a great distance toward wide acceptance these days, thank goodness.

Be the first to comment on "Acclaimed musician Gary Burton on his partners through life, including Chick Corea"