There’s good news in the Van Halen camp: Namesake guitar wizard Eddie Van Halen won’t be wailing — in pain, that is — because his bad hip is giving him minimal trouble.

“He’s jumping around again, and playing better than ever,” reports bassist Michael Anthony, 41, from a recent sound check in Boston, where the band played last week in support of their current album, Balance. 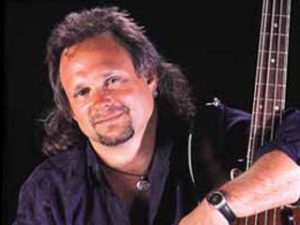 There was some earlier cause for concern expressed by local fans who attended Van Halen’s May 2 performance at Buffalo Memorial Auditorium. Already stunned by a changed image that revealed a paunchier Eddie, who trimmed his long locks in favor of short hair and a goatee, several audience members saw him grimace in pain and limp around stage.

Two weeks later, the announcement that 38-year-old Eddie Van Halen would need hip replacement surgery — apparently caused by the wear and tear of jumping around concert stages all over the world while touring 11 albums over 21 years — sent further shock waves into the rock world.

According to Anthony, the extent of the injury surprised Van Halen himself.

“It’s like any other type of athlete who overuses a part of his anatomy,” says Anthony. “But Eddie’s only been sober now for about 10 months, and when he was drunk he didn’t realize his hip had been bothering him. When he felt a constant pain, he got it diagnosed.”

Anthony figures Eddie will go under the knife shortly after the band wraps up its world tour in Japan in early November, or at least before Van Halen reconvenes in February for a new studio album.

A holdover from the late ’70s mindset of flashy, innovative guitar solos and fist-pumping rock and roll acrobatics, Pasadena’s Van Halen has flourished in the wake of new trends and changing tastes. Their newest album, Balance, has sold two million copies in the U.S. and is triple platinum in Canada (300,000 copies), adding to the group’s 60 million in record sales.

Anthony, who co-founded the band with the brothers Van Halen (Eddie and Alex, drums) and singer David Lee Roth in 1974, admits he had an inkling of the future when the band drew local audiences of 5000 to their shows before they signed a deal. 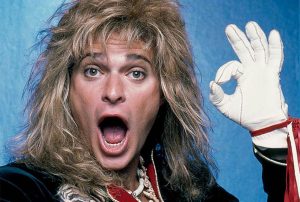 “When we first got signed, people were telling us that the lifespan of a rock group was maybe five years,” he recalls with a chuckle.

Spurred on by Eddie’s innovative prowess on electric guitar, and David Lee Roth’s outrageous personality, the band quickly built a loyal following as a concert headliner while fans turned albums such as Van Halen I, II, and 1984 into classics.

In 1985, Sammy Hagar abandoned a solo career to take the lead vocal reigns over from Roth, as the album 5150  silenced critics who felt Van Halen’s popularity would crumble during the transition. 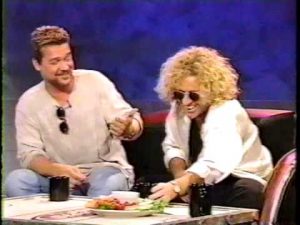 Anthony credits Van Halen’s success with a refusal to compromise their sound.

“I think other bands didn’t move on or try to stick to their own guns. They jumped on the latest bandwagon, or the grunge thing. With us, we let it all happen naturally. “The great thing is that we did it just by being ourselves. We didn’t have to conform to any image. We also grew as musicians.”

This last statement might cause laughter among those who remember Michael Anthony’s destructive live solos consisting of little more than a 20-foot drop from a speaker onto his bass.

Anthony says he hopes Van Halen fans saw his antics as the light-hearted gimmick it was intended to be.

“Being in the band with Edward Van Halen, the last thing you want to do is have people say, ‘Oh look, the bass player is trying to sound like the guitarist,'” he explains.

“I’m doing a little spot now doesn’t involve quite as much demolition.”