Two-and-a-half years ago, Bill Bell, long-time guitarist for Tom Cochrane, was lying on the floor of his Toronto home in the midst of a nervous breakdown when he received the call that changed his life. 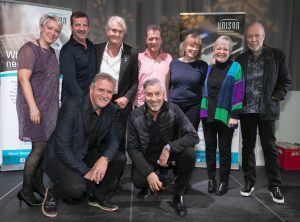 Bell’s friend, music executive Allan Reid, had phoned to check in on him and, upon hearing of Bell’s crisis, recommended that the musician reach out to the Unison Benevolent Fund for help.

“In my mind, I didn’t feel I should reach out to Unison because I should take care of it myself, “ Bell, 51, recalled.  “And Allan said, ‘no you should call Unison, because they’ll help you and they’ll get you therapy right away.’ I listened to Allan in my dark moment and within two days, they had me into therapy. I’m really grateful for that because Unison gave me a sense that someone was there and that they cared.”

John Cody, a Montréal-based songwriter who has endured 11 surgeries in five years due to severe illnesses that include cancer,  auto-immune degenerative disease, and Gilbert’s syndrome. is also grateful for the lifeline that Unison has provided him.

“When I became disabled, it took me two to three years to receive disability benefits,” Cody explained. “If it wasn’t for Unison sending me grocery cards, I wouldn’t eat, period.”

Bell and Cody are just two of the 800 people that have received some form of relief from the Unison Benevolent Fund,  a non-profit charity that provides emergency relief and counselling to the Canadian music community since 2011.

Or as Alan Doyle, singer, songwriter and former front man for Great Big Sea describes Unison: “a safety net for musicians who really don’t have another one.”

Actually, Unison doesn’t allocate assistance exclusively to artists and those who play an instrument: any music industry professional who has earned 55% of their income from music-related activity for a minimum of two consecutive years qualifies for relief upon registration.

Applications and requests are strictly confidential and a list of qualifying professions – which can be viewed at unisonfund.ca – encompasses booking agents, marketers, promoters, road technicians and tour operators, to name a few.

But clearly being a musician is among the most vulnerable of vocations.

“There’s no stability in an artist’s life,” Bill Bell explains. “When you work a 9-to-5 job, you have health benefits. I have a friend who has a government job who just took three months off for a paid mental health leave.

“As an artist, you have to keep working through your hard times in order to pay the rent.” 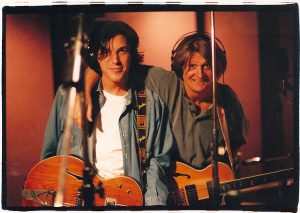 “Most people can go to their jobs and function fine if they suffer a broken pinky,” he notes. “If a pianist or a guitarist breaks their pinky, they’re off work for six months. A singer with a node is off for a year.

“There’s no employment insurance for musicians, so the Unison fund is desperately needed.”

For John Cody, a singer and songwriter whose larynx was partially removed in 2017, has been unable to work due to his various ailments.

“Unison help you take care of doctors and surgeries and rent – which is essential when going through hard times.

“I don’t think I’d survive without help from Unison. I’ve been in counselling for several months and I need it.”

Unison was founded in 2009 by a pair of veteran music industry executives, Catherine Saxberg and Jodie Ferneyhough, in response to the tragic passing of Haydain Neale, founder, singer and songwriter of the Juno Award winning group Jacksoul.

Neale was critically injured in a 2007 auto accident in Toronto and died two years later of lung cancer.

“Haydain was a very dear friend of mine, had a catastrophic accident and it was really clear at that time that those sorts of terrible life circumstances, while they’re hard for anybody, are particularly challenging for people in the music business, a lot of whom don’t have benefits plans or backup plans or any kind of safety net,” said Saxberg.

“I came from the advertising industry where the National Advertising Benevolent Society had been in full force for many years. Jodie and I were having a conversation and I said it would be good if we did something like NABS, but for the music industry.

“We were at the JUNOs in Vancouver at a food court and we sketched out on a napkin what it might look like – and we thought what we’d might like to do is provide emergency financial relief and counselling services – and then started trying out how to make that happen.”

It took a while for Unison to get established: although the charity was founded in 2009, it didn’t offer counselling services until 2011 and has only been providing monetary since 2015, when the minimal goal of establishing a $900,000 endowment fund was reached through donation.

To date, Unison has assisted over 800 individuals.

But Unison itself may be facing a crisis.

Amanda Power, Unison’s executive director, states that 2019 donations are “currently sitting at 44% of our expected donation revenue to date. The amount going out the door for allocations – counselling and financial assistance – versus being donated is approximately 2:1.”

On the other hand, demand for Unison’s programs is growing by an average of 30% yearly, spurred in part by such factors as  consumer trends in music streaming being favoured over music ownership, resulting in a loss of artist and songwriter sales income.

“We are currently trending to exceed that percentage in 2019,” says Power.

Although music industry businesses have been generous with Unison-driven donations and fundraisers, Power says the time has come to look outside the field for more benevolence.

“The challenge that we’re finding is that we need people outside of our direct music industry to stand up and say,

‘Ok, now I want to help.’  We’re looking at  music lovers helping music makers – the fans and the large corporations and banks and the big investment companies who have told us they love music.”

Alan Doyle says investment in the health and wellness from the populace in general wouldn’t be such a bad investment, considering musicians are usually the first to be called by charities when  fundraisers are requested.

“I’ve long touted the fact that the music community gets the first call when things go wrong. I’ve been joking for years in Newfoundland that if a house catches fire,  people call the band before they call the fire department. The band shows up  – and we do,” he chuckles.

“I think one of the facts that often gets overlooked is how much money for charity the Canadian music industry regularly raises. The amount of donated and dedicated time and effort is staggering.

“Without a healthy music community, you don’t have that resource to draw on when you’re raising money for other things.”

And even those who have been helped, like Bill Bell, are happy to give back by engaging in activities like speaking at public events in support of Unison.

“Asking for help is one of the hardest things I ever had to do, but Unison showed up for me and I’ll always be grateful.  I feel that by sharing my story, I’m letting the music community know that someone is there to help and listen.  No one has to be alone.”