Video Gaming and Music in the ’00s

When you hear the expression “He’s Got Game” in the future, it could mean more than just the competitive spirit.

By placing songs in such popular video games as John Madden Football, SSX Tricky and NBA Live Basketball, artists are receiving exposure to the gaming community –- no small potatoes when it comes to audience numbers. According to statistics published by the Interactive Digital Software Association, U.S. gamers bought 225.1 million computer and video games in 2001, generating $6.35 billion in revenue with video games accounting for 63%. 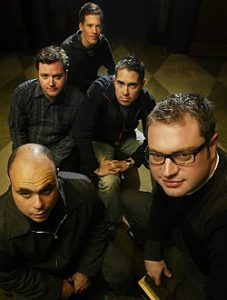 “You’ve got certain demographics of kids who are huge gamers, and their age span is quite a range. It’s just an alternative platform to reach the artist’s fans.”

But what is the gaming industry getting out of it?

“Music isn’t necessarily a factor in the sale of video games, but it is absolutely a factor in enhancing the experience,” says Schnur, a 15-year music industry veteran prior to his current post.

“The goal is to make video gaming the ultimate media experience.”

To reach that mandate, the Redwood City, CA.-based interactive software giant recently announced the formation of EA Trax, a co-marketing partnership between EA, recording artists and record labels. Under the program, EA Trax will create internal soundtracks for such EA SPORTS titles as Madden NFL 2003, NBA Live 2003, NHL 2003, FIFA 2003 and NASCAR Thunder 2003, featuring exclusive material by Snoop Dogg, Method Man, Papa Roach and others. Just don’t expect to hear much in the way of catalogue, because Schnur says EA wants to extend the gamer’s sense of discovery.

“The more we see the reaction to newer music versus catalogue music, the more we’re convinced that new music is the way to go,” explains Schnur, whose company posted fiscal 2002 revenues in excess of $1.7 billion.

Instead, both companies will focus on the future, partnering viral marketing, street teams, grass roots and retail alliance initiatives – undoubtedly music to the ears of record company marketers faced with dwindling avenues of artist exposure.

“EA Trax has created a partnership based on rotating music in every game and chyroning those titles so everybody who is playing can actually see who they’re hearing,” says Schnur. “We want to make sure that the music is a label priority, and that it has the ability in the weeks and months ahead to get on MTV and the radio.”

“When you’re limited in your route of exposure through consolidated radio and MTV, you long for a place where you can get a record spun enough times to make an impression,” says Schnur. “Our research indicates that an average of three people play each video game 40-50 hours, so if you spin something twice an hour and an EA game averages between 2-5 million sales, you’re talking between 200,000-500,000 spins of a record with a chyron.

“So the numbers can almost match what it takes to have a #1 record in America. It’s pretty substantial exposure.”

Brooklyn-born rapper Rhymes has taken his exposure a step further: he’s actually part of NBA 2003 Live as an unlockable character.

“It was a natural fit because Busta’s a huge gamer himself,” says J’s Clower.

“During the launch of the game, we debuted Busta’s new single ‘Make It Clap’ with AOL and EA in conjunction with NBA 2003 Live. So it was a huge traffic builder, a nice setup for his album It Ain’t Safe No More which will be out November 26.” 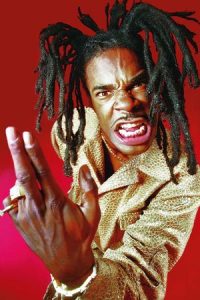 “If it continues the way we anticipate, we’re going to be part of mainstream marketing rather than the alternative.”

Although the amount of song licensing has doubled over the past year,

“The best game composers understand the organics of game play – the ebb and flow of game design, the relationship of the music to various gameplay states, and the necessary relationships between game states and music transitions,” says Thomas, who counts Quest For Glory V and Dragon Fire among his credits.

“More importantly, the best game composers know how to create a music score of amazing quality.  There will always be a demand for this kind of professional.”

Be the first to comment on "They’ve Got Game"