Today, some people might call her a multi-media performer, but the old-fashioned word entertainer fits Vanessa Williams just fine.

Film? She held her own with Arnold Schwarzenegger in the action-packed thriller Eraser, received critical acclaim for her acting in Soul Food and just completed Shut Up And Dance, the Latin ballroom dancing equivalent of Strictly Ballroom.

Broadway? Williams replaced Chita Rivera in Kiss Of The Spider Woman and turned a three-month engagement into a six-month extension. Television? More praise for her role as Rosie in the ABC remake of Bye Bye Birdie, lest we forget her impressive run in the TV mini-series The Odyssey.

And music? Well, the pop music world was the first to fall under her spell. Signed to Mercury Records after its president heard her sing backup on a George Clinton single, 1988’s The Right Stuff  yielded a Top 10 single in “Dreamin'” before 1991’s The Comfort Zone delivered the monster crossover charttopping ballad “Save The Best For Last.” Her 1995 hit from the Disney movie Pocahontas, another syrupy sonnet called “Colors Of The Wind,” won an Academy Award.

Next, her fifth and latest album that’s been out only a few months, is a beguiling mixture of R&B, soul and pop that has such surefire producers as Chicago hitmaker R. Kelly and the Minneapolis tandem of Jimmy Jam and Terry Lewis on board to work their magic.

Although her CD sales stand at five million, Monday’s high-priced local performance debut at The Pantages Theatre — tickets top out at $67.50 — marks another first: a concert tour. The mother of three has been saving her best for last, citing family commitments as her reason for avoiding the road. 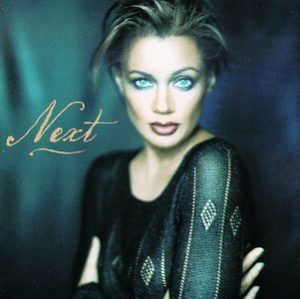 “Having kids and raising them, not wanting to drag them on the road, ” she explained Tuesday from Los Angeles. “But now they’re all old enough that they have their own schedules and routines.”

It is only as an afterthought that she mentions “other exciting projects worth doing” as a reason for the touring delay.

“You certainly have to ride the wave at times, and take advantage of when you’re hot — all the opportunity that you get. You try to incorporate them with your family, which is what I always try to do.

“Luckily, I can pick and choose what I want. Being in the driver’s seat is the best thing because you can challenge yourself artistically.”

Bringing a seven-piece band and U.S. Latin ballroom champion Rick Valensuela in tow to rhumba and salsa at Pantages has been one of those challenges, and Williams says she thrives on variety.

“I love that every project that I’ve done is completely different. I think I would be extremely burned out if was just doing the same thing every day, like a TV series for seven years. If I was living in the studio and having to tour, it would be really monotonous. What makes me work is the challenge of doing different roles and different things, and mixing it up.”

Raised in the New York City suburb of Millwood by her music teacher parents, Williams’ mettle survived the acid test in 1983 when she became the first black Miss America, only to relinquish the crown six months later when Penthouse Magazine published photos of her cavorting naked with another woman. 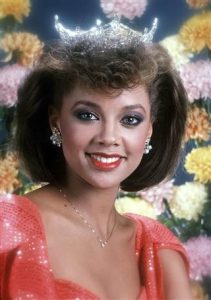 She took the scandal in stride.

“My career wasn’t over because at the time I didn’t have a career,” she states. “I knew I’d be able to have one. It would just be a matter of time. If I was a pessimist, I’d never able to achieve anything. So I never viewed it as a setback.

“As long as I could sing and dance, and have support from people that loved me and cared for me, I knew what I could do. It was very easy to continue.”

It’s an outlook that has sustained Williams through trying times of emotional upheaval, including her recent divorce from publicist Ramon Hervey, her husband of 10 years.

“I think I’m a pretty well-grounded, happy person, but if I am going through some trauma, I will certainly seek out some guidance and not feel ashamed to do so,” says Williams. “I think it’s very important to heal. So if you need to talk to somebody, if you need to read, if you need to try to apply some rules that you think you can, it’s important. Because you can’t do anything if you’re hanging on to excess baggage.”