From England and Australia to Canada and Paris, current nominees Ed Sheeran, Gotye, Carly Rae Jepsen, and M83 have found that the world is listening
NICK KREWEN
GRAMMYS
GRAMMY.com

Whether you’re on the West Coast, East Coast, somewhere in the middle, or somewhere far beyond U.S. borders, the GRAMMYs are listening.

More than 80 nominees up for this year’s 55th Annual GRAMMY Awards hail from outside U.S. borders, from geographical outposts such as Iceland (Björk) and Singapore (Arun Shenoy), to more frequently sourced locations such as the UK (Mumford & Sons), Sweden (Avicii), Australia (Sia), Mali (Amadou & Mariam), and Canada (Carly Rae Jepsen).

While these artists may differ greatly when it comes to their originating corners of the world, they all have one thing in common: they’ve gotten the world listen.

Australia’s Wally De Backer, better known as current GRAMMY nominee Gotye, initially seemed resigned to remaining a national success Down Under due to his inability to strike a distribution deal for his 2006 album Like Drawing Blood. 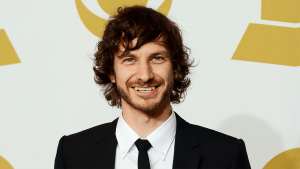 “I was disappointed,” Gotye says. “I couldn’t find a release for Canada and the states. I went looking for an indie label and someone to just help me get it out physically with a little bit of promotion over here, but that didn’t happen. Two years after it happened in Australia, I put it out in Europe and Japan and started a little bit of a story over there.

“To tell the truth, I kind of thought it might be the same thing with Making Mirrors, because it came out in Australia in August 2011, and we still hadn’t sorted out licensing deals for the world.”

Making Mirrors peaked at No. 6 on the Billboard 200 and earned nominations for Record Of The Year and Best Pop/Duo Group Performance for “Somebody That I Used To Know” featuring Kimbra, as well as a nomination for Best Alternative Music Album.

“I was quite prepared to put the album out myself, and invest a whole heap of money I’d saved over the last couple of years just working with a distributor and doing all the marketing myself.”

Fortunately for Gotye, YouTube opened global doors for the singer/songwriter. The video for “Somebody That I Used To Know” has garnered more than 370 million views to date.

“Because ‘Somebody That I Used To Know’ took off so crazily on YouTube and so much happened there, opportunities changed quite rapidly,” he explains.

But not all opportunities are created through social media.

Although he’s only 21, Suffolk, England’s Ed Sheeran released a series of albums and EPs in his native country before breaking any ground. In 2010, several months before his breakthrough hit, the Song Of The Year GRAMMY-nominated “The A Team” impressively entered the UK singles chart at No.3 Sheeran fired his management team and booked a flight to Los Angeles “to do a few shows for a guy.” One of the shows happened to be at the Foxxhole, a venue owned by GRAMMY winner Jamie Foxx. Foxx subsequently invited Sheeran to use his home studio for free. 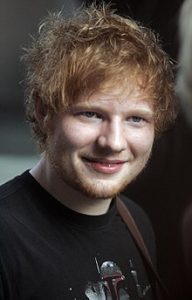 “It restored my faith in what I was doing, because until then I was in a rut, playing the same shows for the same people in the same venues in England,” Sheeran says.

“I spent 30 years of my life in France and I just needed a change,” Gonzalez said in an interview with the Toronto Star in 2012. “It was a career move as well. L.A. is great for musicians and artists. It has a great music scene [and] a lot of amazing record studios and producers. It was a perfect choice to also experiment and enjoy a different culture. And when I look at the success of this album, I feel like I made the right choice.” 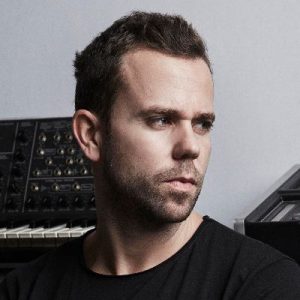 Prior to “Midnight City,” the breakout hit from their current GRAMMY-nominated album Hurry Up, We’re Dreaming, M83 released five albums with a modicum of success. “Midnight City” proved a game changer, garnering placement in commercials and on TV.

“When I was 20–25, I was very cautious about my music being used for commercials and TV shows,” Gonzalez noted. “But now, I think it’s a great opportunity to reach people who don’t listen to music very much and only watch TV, to introduce them to my music.”

While streaming services and Internet radio platforms are a big factor in exposing artists and their music to a larger audience, traditional radio still plays a role. If it wasn’t for radio and Justin Bieber, Canadian pop star Jepsen may have taken a lot longer to soar to the top with this summer’s most infectious hit, “Call Me Maybe.” 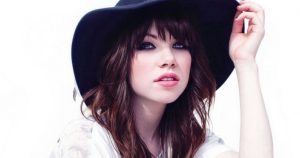 “It was a bloody miracle,” recalls Jepsen, whose song, which is up for Song Of The Year and Best Pop Solo Performance, was on Canadian radio when Bieber heard it while visiting his mom in his native Stratford, Ontario.

“Apparently, he was washing dishes when it came on the radio. He just stopped what he was doing, and ended up tweeting about it. [He] said he thought it was really catchy. It’s as simple as that.

“I don’t think he had any real intention of signing me or going any further. I think he was just a nice musician saying something nice to help me out. It ended up really igniting right away. I was No. 11 on iTunes at the time, and he tweeted and we were No. 1 within the day. Not only in Canada but also in countries I had never visited, like Germany and Australia and New Zealand. They were all kind of getting wind of it, and I was getting Twitter followers by the thousands.”

The GRAMMYs Are Listening | GRAMMY.com

Be the first to comment on "The GRAMMYS Are Listening"