Royal Wood credits a year-long residency at the Cameron House for developing his sense of audience.

Unlike the title of his latest album, The Waiting, Royal Wood is finally on the cusp of arrival. 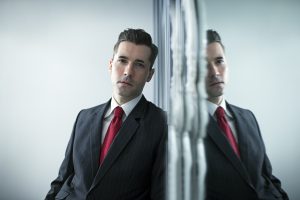 The next handful of days finds the Lakefield, Ont. native appearing at a couple of events that will boost his mainstream profile. He shares the stage at the Juno Songwriters Circle tonight at Massey Hall with tunesmith icons Randy Bachman, Dan Hill, Sylvia Tyson and veteran song crafters that include Lynn Miles, Luke Doucet and host Johnny Reid. He also helps counterbalance the estrogen at a Great Hall Junofest gig Friday with Dala and Emm Gryner.

It all culminates with his potential Juno Songwriter of the Year victory at this Sunday’s 40th Anniversary awards ceremony at the Air Canada Centre, where he’s also scheduled to present a statuette.

The competition in the Songwriter category is stiff, to be sure. Wood’s mellifluous romanticism, realized in such piano-driven love themes as “Waiting,” “On Top Of Your Love” and “Tonight I Will Be Your Guide,” is up against the big compositional guns of Montreal’s explosive Arcade Fire; Vancouver’s confessional Sarah McLachlan; hometown show host Drake’s silver-tongued rhymes and Vancouverite Hannah Georgas’ rock quirk.

But the tall, slender, perfectly-coiffed singer with the supple, beguiling tenor isn’t fazed.

“I will not walk away disappointed in any way if I don’t win,” said Wood, 32, just prior to a sound check at Mississauga’s Living Arts Centre last week, one show of an intimate 32-date, small-market cross-Canada tour that lasts through early June.

“It’s huge for me just to be in the company of the Arcade Fires and the Sarah McLachlans. It means a lot.”

It’s also the most tangible payoff since Wood officially launched his recording career with 2002’s independently issued EP The Milkweed, although his star has been steadily rising as admirers continue to laud the 32-year-old Toronto resident’s gift for stirring melodies and heartfelt lyrics. iTunes declared him Songwriter of the Year in 2010.

A pianist since the age of 4, Wood credits two touchstones for getting him to this plateau of artistic maturity: a year-long residency at Cameron House that ended in mid-2007, and what he considers to be his breakthrough album, that year’s A Good Enough Day. 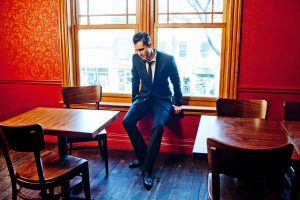 Wood was raised by his parents on an “idyllic” farm with three older brothers and a younger sister in what he calls a “tight-knit, Walton Family” environment.

“I always wanted to be my own artist,” he says. “Playing music was my outlet, my bliss, and I always considered my gift first and foremost as a songwriter. The performer has come along as the confidence has.

“Even as recently as 2006, when I look back to my abilities as a performer, I was pretty naïve on stage: head down, play the song, thank you and onto the next song.

“And I thank the Cameron House actually for giving me some stage jobs, because doing that residency once a week in Toronto finally forced me to really play a lot of shows for people who didn’t know who you were, and you had to win them.”

A Good Enough Day, propelled by the songs “Juliet” and “A Mirror Without,” landed him an agent, a manager and a release through Emm Gryner’s Dead Daisy boutique label, as well as placement of his songs in such primetime U.S. TV shows as Grey’s Anatomy.

The new album, The Waiting, partially produced by Pierre Marchand, is more direct.

“I didn’t dress anything up in poetry or metaphor this time,” says Wood, who will be back in the studio in the fall. “It’s just finally being in my 30s and being confident in who I am and what I stand for and just opening up on a level.

“Before, I’d dressed it up and hidden behind things. This time, it was a diary — everything that was going on in my life for the year-and-a-half of writing that record just spewed itself out.

“I think that’s why people identify with it. It’s a very honest performance on that record, and I’m proud of it.”

Be the first to comment on "Royal Wood: A Juno coming-out party"