TORONTO — It’s a case of “History Repeating” for Alex Gifford, but success is sweeter the second time around.

The last time Gifford was in Toronto, he was a teenager playing sax for British punk rockers The Stranglers, a position he held from 1984 until lead singer Hugh Cornwell announced his departure in 1990.

Now he’s back on a promo tour for as creative founder of Propellerheads, the electronic studio-savvy duo he shares with drummer Will White that’s setting the world afire with their critically acclaimed, sensational recordings and remixes. 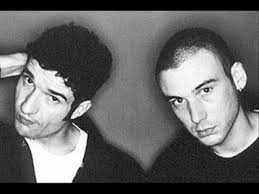 It doesn’t take a rocket scientist to figure out he prefers Propellerheads to being the hired gun.

“I have complete control, and I don’t have to worry about anyone else. It’s a different feel,” says Gifford, 33, who spins the wheels of steel — the turntable decks — and plays keyboards for the duo. White scratches and plays drums.

“With The Stranglers I was a session musician, and although there’s a lot of loyalty between us over the years, it was always someone else’s gig. It was a good education for me. I feel like I’m better equipped as a result.”

Receiving acclaim for their inventive reconstruction of songs by Soul Coughing, Luscious Jackson and 808 State, the duo from Bath, England has been making its own waves with their debut Dreamworks album DecksandDrumsandRockandRoll. The album was released in Canada March 24.

Propellerheads Gifford and White, 22, have been having the most luck with “History Repeating,” a dramatic beat-driven dance aria featuring the glorious growl of Shirley Bassey, the veteran Welsh diva introduced to the world in ’65 with her biggest hit, the theme to the James Bond film Goldfinger. 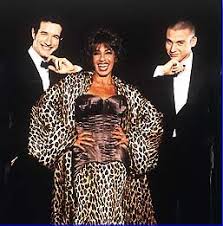 “We started off doing the tune as an instrumental, but as it took shape it just begged for Shirley Bassey,” Gifford smiles as he reminisced in the lounge of the Sutton Place Hotel Friday afternoon. Partner White is back home, nursing some broken ribs after a nasty skateboarding spill.

“I wrote a lyric, sent it to her, and after a couple of months she agreed to record it.”

Admittedly nervous on the day Bassey was to record her vocal, Gifford says he and White dressed for the occasion.

“We wore clean shirts and everything,” says Gifford. “She showed up to the studio, fashionably and regally late. But she was great. She worked really hard and was down to earth.”

The 007 connection doesn’t stop there. There’s the nine-minute Propellerhead remodeling of “On Her Majesty’s Secret Service” that enhances DecksandDrumsandRockandRoll; a recent reworking of the theme from Tomorrow Never Dies  that appears in the latest Bond flick of the same name; and a track called “Spybreak” that reflects Gifford’s love of cloak-and-dagger melodrama.

“It’s one of my earliest musical memories from TV,” says Gifford. “I’d see American spy series like Mission: Impossible,  and then early Bond films. It really captured my imagination, because it’s so theatrical and cinematic and big.

“Our strength is our British take on American stuff, and that’s what is our flavor,” he explains. “The groove hangs between a funk thing, a hip-hop thing and an English thing.”

Their love of old school hip-hop is reflected by their collaborations with De La Soul on “360 Degrees (Oh Yeah?)” and The Jungle Brothers on “You Want It Back,” as well as their live approach.

“We have four turntables and we cut special records with backing tracks,” Gifford explains. “While I’m mixing, Will is doing some scratching. Maybe he’ll go to the drums and I’ll move to keyboards.

“It’s just the two of us on stage with 15-year-old technology. It’s old school skills on a real human level.”

What also helps is their musical discipline: Gifford’s tenure with The Stranglers and White’s drumming experience in the jazz-funk hip-hop ensemble Jazzwaffle.

“That’s a funny term, because I always think of a musician as someone who makes music,” says Gifford, who founded Propellerheads as a club DJ and later hired fellow DJ White.

“However you go about making it really isn’t that critical, whether you use machines or instruments. I’ve never been one to be swayed by virtuosity. I respect it, but it’s not the main thing for me.

“Yes, we are traditional musicians. I think we were just trying to get a fluidity which comes from the musicianship, and then a rough-cut attitude that comes from a hip-hop approach.”

Formed in 1994 and named by former Grant Avenue engineer David Bottrill as a slang for computer nerds, Propellerheads amassed over 300 performances before releasing their first 12-inch called “Dive.” An initial run of 5000 copies has led to five record deals around the world and almost 500,000 in collective sales, allowing Gifford the luxury of renting an apartment in New York for a year and the opportunity to collaborate with the likes of k.d. lang, with whom Propellerheads might produce.

“I’m getting back into writing songs again,” he announces concerning his own duo’s plans. “I might even expand the line-up for the next album. I think we’re going to cut loose from where we’ve been. We know we can get the groove happening. Now it’s time to stand back from that a bit.”

Although the Shirley Bassey experiment worked, Gifford says he’s not interested in turning out an endless parade of pop veterans or repeating formulas.

“Obviously, there are great singers who I admire. With Shirley Bassey, it was fate,” says Gifford. “We really don’t want to work with a whole string of them. It’s not what we’re about.

“Having said that, if Tony Bennett phoned up….”