After singing the PledgeMusic blues, independent recording artist Dayna Manning is breathing a sigh of relief.

Like too many other artists — L7, Fastball and Jesus Jones, to name a few — Manning is owed money donated by fans via the nine-year-old U.K. crowdfunding platform, which has all but suspended operations due to financial woes. Delayed payments dating back to early 2018 have potentially impacted thousands of acts signed up to the service.

Although PledgeMusic has suggested it’s working on a positive outcome, the company’s CEO stepped down in October and the company announced on Feb. 1 that it’s seeking new ownership. Ten days later, it asked its constituents to suspend their campaigns.

Manning was luckier than most: the Stratford, Ont. singer and songwriter received 60 per cent of the $12,000 raised toward her upcoming “chamber folk” album Morning Light, due in October. And she has been able to make up the remaining $5,300 that PledgeMusic still owes her, some to pay for T-shirts and other campaign incentives.

“It’s been extremely stressful,” said Manning, who has released six albums as a solo artist and three with folk trio Trent Severn, including the PledgeMusic-funded 2017 album Portage.

“I’m an extremely cautious businesswoman. I know, from being in the business a long time, the finances of it and the risk of it. I didn’t want to proceed with hiring musicians without some money in my hands.”

Complicating the issue was an additional $10,000 grant that Manning received from the Foundation Assisting Canadian Talent on Recordings (FACTOR) predicated on her PledgeMusic campaign. A May 1 deadline to receive the final 50 per cent from FACTOR is looming and Manning couldn’t fulfil the promise of delivery without the money delivered by Pledge.

Manning said she panicked when she received the Feb. 11 email from PledgeMusic “saying they were no longer accepting pledges and were behind in payments. And the first session for my record was on Feb. 12.”

So she decided to take matters into her own hands. Last week, she launched an appeal on crowdfunding site Kickstarter: within eight hours, 86 fans donated $6,000; with 21 days to go, Manning has raised $8,530.

“I cried,” said a grateful Manning. “I can now put my one foot in front of the other again, which was how things should have been in the first place. I’m completely blown away.” 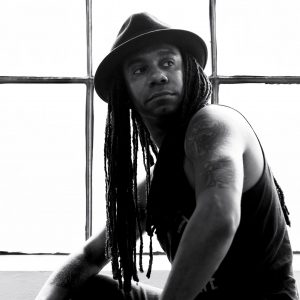 For Rheaume – who had undergone one successful PledgeMusic campaign for 2016’s Holding Patterns – the experience surrounding her current The Skin I’m In, which she began crowdfunding for in June 2018, has been nightmarish.“It has not worked out,” said Rheaume over the line from Belgium, where she’s in the midst of a six-week European tour.

“I asked for and raised $6000, but I haven’t seen a single cent. I had to put money on a credit card just to make (the album) happen because I was already so far along with production. Some people put in a lot of money and I would feel really bad if I didn’t do the record, so I ate (the costs) myself, for now.” 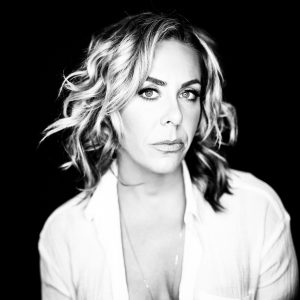 In the meantime, Rheaume is struggling to pay the bills.

“It’s been more stressful making payments on other things now, because I’m more in debt,” Rheaume explains. “Instead of feeling like I could pay my rent, I had to drop the money I thought I was getting on February 15, when my record came out. I’m on tour and everything is so expensive. Hopefully I’ll sell all my merch in Europe and climb out of debt, but I probably won’t recoup.”

The Julian Taylor Band is in a slightly better place than both Rheaume and Manning. Taylor says his new band album Avalanche was financed separately and they were utilizing PledgeMusic exclusively for vinyl manufacturing and merchandising.

But they too have yet to see anything from PledgeMusic.

“We’re still trying to get money from them or for them to reimburse our budget,” Taylor sighs. “But we’re not having very much luck contacting them. Nobody’s responding. We’ve also tried to take it down from the site. That is still up as well.”

Aside from the delay in having vinyl copies of the new album ready for the public, Taylor says his loss also includes the building of an on-site virtual retail store.

“We’re still hopeful we’re going to get somewhere with it. And if we don’t, we’ll have to bite the bullet,” says Taylor, whose Avalanche record release party is set for the Great Hall on Friday. “When everything is said and done, it’s a four-figure loss for us.”

If it doesn’t survive, ine of the unfortunate side effects of the PledgeMusic calamity is its customer manageability. Out of all the commonly-used crowdfunding platforms for music – Kickstarter, GoFundMe, Indiegogo and Patreon, which just announced that it’s increasing its administrative fee from 5 per cent to 8 per cent  – PledgeMusic was viewed as the most user-friendly – even assigning a Pledge employee to each individual campaign.

“I was always in touch with someone there,” recalls Rheaume, whose next Toronto gig is at Songbird North at the Royal Conservatory on May 11. “ I had questions and they were always quick to respond and I got my deposit quickly and it was awesome.”

“The experience was really great with PledgeMusic: their back end is extremely organized,” she asserts. “It’s really easy to communicate with fans and after that (Trent Severn) experience, I really had no hesitation to do one myself.”

Manning explains how the process worked.

“You have to make 100 per cent of your goals in order for the pledges to be charged to the credit card. Then you’re paid out 60 per cent. The campaign stays open, so you can make a lot more than the other 40 per cent. I think mine went to 125 per cent.

“Then when you delivered the digital upload of your finalized record on PledgeMusic, that triggered another 20 per cent or 30 per cent payout. And then once you’ve delivered all of your pledge promises, it then pays out the final amount.”

PledgeMusic also took a 15 per cent cut for their troubles.

Despite all three artists saying that the fan reaction to their dilemma was empathetic, PledgeMusic has soured their views on crowdfunding.

“I don’t know if we would do it again, man,” says Julian Taylor, who  double as a radio personality in the afternoon drive slot for the recently launched 106.5 Elements FM.

“We thought about it and we were skeptical to begin with. When it gets too big for itself to handle  – which is what I think happened here – and you’re asking people for money upfront, that’s really tough. It has definitely turned us off.”

There is always the chance that PledgeMusic could pull itself out of the fire. Manning, for one, is hopeful.

“If Pledge gets their stuff together, I could still be potentially paid out,” she says. “But I can’t hold my breath on that. I can’t continue working in  good faith with my musicians and engineers. I’m producing this record. I’m responsible for the budget. I’m not taking the risk.”