Patrick Stump grows on his own | Toronto Star

With Fall Out Boy on a break, singer had time to get inspired for music for solo ElMo show.

Nick Krewen
Special to the Star,
Published on Fri Aug 05 2011

When platinum-selling Chicago emo-rock outfit Fall Out Boy announced an extended hiatus in late 2009, each member decided to indulge in a side project.

Guitarist Joe Trohman and drummer Andy Hurley formed metal band The Damned Things; bass player and lyricist Pete Wentz opted for the electropop route with Black Cards, and singer and guitarist Patrick Stump — who plays the El Mocambo Monday — has decided to strike out under his own banner.

Just don’t expect the noticeably slimmer and trimmer Stump to perform any irreverently titled indie rock tunes like “Our Lawyer Made Us Change the Name of This Song So We Wouldn’t Get Sued” or “I’ve Got a Dark Alley and a Bad Idea That Says You Should Shut Your Mouth (Summer Song)” from his day job catalogue: he’s decidedly trying to separate church from state. 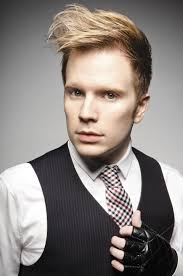 “To a certain extent, I wish that I wasn’t the guy from Fall Out Boy going out and doing this, for both sides of it: I don’t want the Fall Out Boy audience being put off that I’m not playing Fall Out Boy, and I really don’t think it’s just a cut-and-paste Fall Out Boy audience, either,” explained Stump, 27, from Minneapolis on Wednesday, where he was launching the second leg of a month-long tour that includes a hometown stop this weekend at Lollapalooza.

“It appeals to a different taste. So it’s a shame to me that I have to be the same guy. I don’t want to ruin everyone’s favourite band, and if they like my record, more than likely they’re not going to like Fall Out Boy.”

Judging by a five-song advance, Stump’s debut album, Soul Punk, out October 18, is much more rooted in R&B and soul than his full-time band’s complex arrangements. Songs like the driving “Dirty Diana”-flavoured “Explode” and “Allie” — a mid-tempo, falsetto-laden broken-heart ballad that very much wears a Prince influence on its sleeve — take their cues from the ’80s.

“It’s really interesting to me what people hear, because ‘Allie’ is pretty split evenly between Prince and Michael Jackson, which makes total sense to me, because I’m a pop/R&B kid who was born in the ’80s, which was dominated by the epic battles between those two,” Stump agrees. “I’m not trying to hide those influences at all.”

“I wrote and recorded everything myself, on my own time and with my own money,” he explains. “That was a different experience — it was really relaxed. I really didn’t spend that much time in the studio — I got to waste time, which was really great. I allowed myself to be inspired.

“Not to say that Fall Out Boy wasn’t like that, but there were higher expectations placed on us, and people were really waiting for our next record. So it was cool to be nobody again.”

Stump said his biggest dilemma, due to his prolific nature, was choosing a direction.

“It was kind of a challenge deciding what Patrick I was going to be, because I have so many unreleased records,” he admits. “Musically, I’m a chameleon. I’m very comfortable adopting different styles. But at the end of the day, when you listen to the record, it’s still quirky — it still has its idiosyncrasies, and those are things I can’t really escape.”

He even transformed Soul Punk midstream. Originally due in February, Stump had a change of heart when he wrote “This City,” a love ode to Chicago now on iTunes featuring rapper Lupe Fiasco.

“I had this feeling that the album was disjointed, and right before I was mastering, I played ‘This City’ for my manager — I really liked it, but I was unsure about it, although I thought it was what I wanted to say — and he was like, ‘Put it on, it’s great!’

“Then I thought, ‘Well, if I’m going to put that on the record, then I really need to go back to the drawing board.’ Basically I took ‘This City,’ ‘Everybody Wants Somebody,’ ‘Allie,’ and a song called ‘Dance Miserable,’ and rebuilt the album around those four songs.” 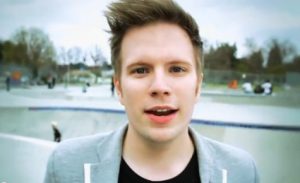 He released the remaining four songs as Truant Wave in place of Soul Punk, but will be supporting both in concert.

Stump, who is touring with a four-piece band, says the biggest Soul Punk payoff for him is the chance to perform. He hinted that the days leading up to Fall Out Boy’s pause were filled with anything but playing.

“We found ourselves in a position where we weren’t actually playing that much,” he admits. “We spent a lot of time doing interviews and promo and photographs and filming EPK stuff, whatever. We didn’t end up playing a lot of music.”

As for Fall Out Boy’s future, Stump says the intention is to eventually reunite.

“You really don’t have control over it.”