Adam Young of Owl City says his collaboration “Good Time” with Carly Rae Jepsen was done without them meeting.

It was only a few years ago that the Beverly Hills-based social media site was the hippest place for musicians of all shapes and stripes. One of the beneficiaries was Adam Young, the Owatonna, Minn. native better known to the masses as Owl City. 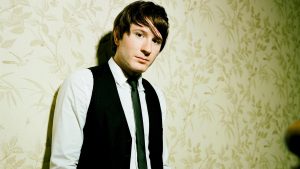 It was there in 2008 that Young was eventually discovered — with a little help from online indie music retailer CDBaby and iTunes — by Universal Republic after he uploaded a few of his songs.

Although Owl City’s career has thrived — he’s currently enjoying Top 10 success with “Good Time,” a duet with Canadian “Call Me Maybe” thrush Carly Rae Jepsen and his just-released fourth album, The Midsummer Station, which he’ll support at the Phoenix with a show on Saturday night — he certainly hasn’t stayed true to MySpace.

“I’ve moved on,” admits the 26-year-old Young prior to a Thursday appearance in Boston.
“I certainly credit it in large amounts to my success now. I certainly don’t think I wouldn’t have my career to the extent I have it now without MySpace being what it was at the time.
“But it is sort of a bummer that it has died, but (online) there is always some other thing. I try to keep my radar on for that and try to be everywhere at once online.” 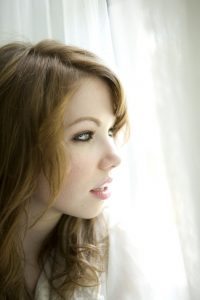 The Internet certainly came in handy for “Good Time,” his happy duet with Jepsen. Young said he was searching for a female duet partner with “a great spirit, a strong female vocalist.”

“It was a few months before ‘Call Me Maybe’ blew up,’ ” Young recalls. “My manager was good friends with Scooter Braun, Justin Bieber’s manager, and heard that he had just signed Carly Rae.
“I produced the song and had her vocal part already written. After I introduced myself through e-mail, I sent her the track via the Internet. So the song was finished without us ever having met face to face.”

Young says the two finally did meet on the first day of the “Good Time” video shoot, and over the last few weeks have played numerous late-night TV shows, discovering they had something in common.

“She’s at the stage where I was at a few years ago, just kind of having this monster hit out of nowhere,” says Young. “It was cool to connect with her on that level because I don’t know anybody else that I could say, “Here’s how I felt when ‘Fireflies’ went big a few years ago. And how are you feeling about yours?’ ”

Young, who will continue with a North American tour and travel to Europe, Asia and Australia before the end of November, says he’s a small-town guy who considers himself an introvert.

“It‘s something that I’ve had to work through, and I think to some extent I always will have to push aside a part of me that would say, cancel this interview for 15 minutes and let me hide out and work on a track on my laptop in the back lounge of the tour bus.”

One bets that 15 minutes would also be enough time to churn out another one of his splashy synth-coated pop nuggets. Young doesn’t disagree.

“A lot of the times, a given song will just sort of write itself. I follow the bread crumbs and all of a sudden it’s finished.”