Special to the Star.

The Montréal-based indie rock band’s founding frontman, Murray A. Lightburn, released his second solo album Hear Me Out earlier this yearand discovered an unexpected dividend during the sessions: freedom.

Lightburn, 48, initially expected to follow what he describes as “the production narrative” of his first Dears-free album, the 2013 science-fiction musical Murray A. Lightburn’s MASS:LIGHT.

With one-time Arcade Fire member Howard Bilerman at the production helm of Hear Me Out– Bilerman’s previous clients have ranged from Godspeed! You Black Emperor to Leonard Cohen – those restrictions suddenly melted away.

“Going through that process, I realized that I could do what I wanted,” explained Lightburn, who will be performing solo opening slots for Death From Above at the Phoenix Concert Theatre June 6-7.

“My brain was programmed to stick to certain rules and then I came to a revelation: this isn’t a Dears record. I’m going to pursue my art in the truest way that I know how… to make art to be true to what it’s supposed to be.”

As a result, Hear Me Out is an organically melodious 10-song collection of songs abound with strong singing and realistic romanticism: the arrangements are simple, lush and – at times – austere. The lyrics, unlike many Dears songs that veer into the abstract,  are direct, intimate, declarative and confessional.

Songs such as “Centre of My Universe” and “Changed My Ways” are ultimately directed at his inner circle, but also applicable to the eavesdroppers and appreciators who have supported him through seven studio albums, including the highly acclaimed Gang of Losers, Degeneration Streetand the most recent Times Infinitysets.

“I wanted to express my position as a modern man and how I’m navigating my path in a way that hopefully translates to a wide range of people,” says Lightburn. “So, I write about my relationship with my wife, my children, all of the people and the stuff that’s important to me.”

And at the very least, it’s forcing him to step up with his own life.

“There’s a man on this record that I aspire to be and I want  it to be true to that aspiration,” Lightburn explains.  “It’s actually making me examine my behaviour even more than before. I think I’m on that path now.”

Lightburn says he’s also representing a faction of responsible men that are traveling under the radar when it comes to attracting attention spans.

“I’m basically a middle-aged man,” he declares. “I’m not the guy closing down the bar. I used to be that guy – but I’m not closing down the bar or chasing skirt or doing any of those things – and I think that there is a lack of male voices that express myself in the way that I do.

“I’m really tired of black artists – the ones that you’re hearing about  90 per cent of the time and who are floating to the top –who are going to jail, in jail or getting out of jail.

“That doesn’t happen in my world. I’m just a guy who is trying to feed his family and all he knows how to do is sing a song. There’s no story here.”

Except there isone: Despite just finishing a cross-Canada tour with Metric and July Talk, embarking on his current DFA run and booking another tour for the Fall, he’s been dropped by The Feldman Agency “for reasons I don’t fully understand” and was also rejected – twice – for Hear Me Out funding by FACTOR. 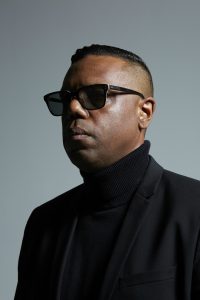 Lightburn feels he’s been going against the grain for the majority of his 24-year career.

“There was always something that would torpedo my chance of passing through,” he notes. “As much as I slip through a few cracks – and every once in a while radio will play a song of mine – most of the time it’s a phalanx of, ‘You’re not passing through.’”

He says that even Dears fans have taken issue with the different nature of Hear Me Out.

“I see all the e-mails of people saying, ‘no, no, no.’ I find it interesting, because people don’t know that there’s an actual act of people saying no and making sure it doesn’t happen.”

“It’s a game. I go out on the road and I’m literally singing for my dinner. “

Agent or no, Lightburn says nothing is going to deter his plans for The Dears’ 25thanniversary celebration scheduled for 2020.