“It’s something I’m thinking more and more about,” concede the singing and songwriting native of Lincoln, Nebraska over the phone from Los Angeles digs.

“I’m thinking of getting involved in making a movie, some way some day. I haven’t really figured out what my place is yet, but maybe I’ll dream up a concept and hire somebody to write it. Or maybe I’ll direct, or produce. But I’m getting various ideas.” 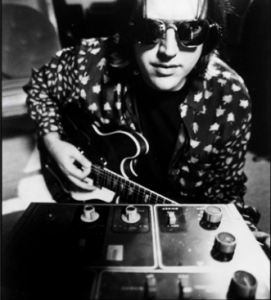 Sweet admits that his cinematic dreams are just fantasies for the moment, because he’s much too busy promoting 100% Fun, his sixth and newest album. His stock is on the rise, largely because of the radio hit “Sick Of Myself,” and he knows that free time is a rare commodity.

“I’ve worked for 10 years to get the ground I gained, and making music is not something I do lightly,” says Sweet. “To make a movie, I’d have to take a long period of time off, or tie it in with music. Maybe I have do to a soundtrack and satisfy both my music and movie urges.”

A fan of “cheesy ’60s sci-fi movies” and French New Wave cinema, Sweet’s status as a rising star has been climbing steadily since 1992’s Girlfriend  ignited an audience hungry for his blend of grainy, melodically fragrant pop.

Unlike most of his contemporaries, Sweet’s pop often has something steaming under the surface. 1993’s Altered Beast, for example, was a darker, brooding collection. The 30-year-old Sweet says investigating the gloom within oneself was his chief inspiration.

“I think there’s a monster inside us all,” says Sweet. “That whole idea formed the Altered Beast  period for me. Anyone who’s ever lived with another person knows that’s true, or anyone who is honest with themselves about themselves. There’s another side in everybody, and potential for a darker side.”

Don’t look for him to reveal any skeletons from his own closet.

“It’s hard to relate it to my own relationships,” he admits. “For the most part, my writing is more fantasy. When I write songs, there’s a lot weirder stuff going on in my songs then there are in relationships of mine.

“When I write, it’s not thought out. I just go with how I feel. Sometimes I say things and I don’t know why I’m saying them. They kind of pop out.”

However, he believes 100% Fun  is more well-rounded. 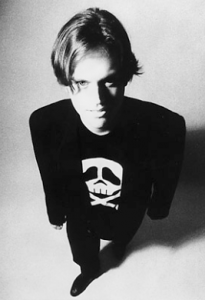 “Sometimes I’m a little more lighthearted,” says Sweet. “That forms my cheerful side as well. You can’t have one without the other, which in my mind of the whole representation of being human. You can’t just show one side of it.”

Sweet says the most rewarding music comes from songs that have a touch of melancholy.

“To me, that’s the kind of music that really feels like something when I hear it,” explains Sweet. “Even when I was younger, I used to gravitate toward the really melancholy song at the end of the record, and that would be the one I’d play over and over again. There’s something about a sad feeling in a song that creates a nice feeling when you hear it.

“That means a lot to me, but I haven’t found it in too many things over the years. If anyone ever gets that feeling out of something I write, than that’s the ultimate accomplishment.”

Accompanied by Ivan Julien on lead guitar, Stewart Johnson on drums and Tony Marsico on bass, Matthew Sweet has a chance to reach a whole new audience with Roadside Attraction.

“It’s the first time I would have really done a whole tour of Canada, so that’s exciting,” he says.

However, don’t ask him his opinion of any of the bands appearing besides Blues Traveller and Ziggy Marley.

“I don’t know most of the Canadian bands, not even The (Tragically) Hip, although I’m aware of them. I haven’t got a tape yet, but I swear I’m going to. I’ll brush up before I come up.”