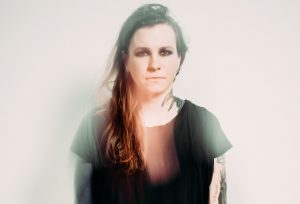 To say that Laura Jane Grace has had an eventful year would be an understatement.

Until May 2012, she was known to the world as Tom Gabel, lead singer, songwriter and guitarist for Florida punk band Against Me! Then she openly announced her name change, that she was transgendered and that she would undergo electrolysis and hormonal therapy in order to physically transition into a woman.

Rather than disappear from the public eye, however, Grace has maintained visibility, carrying on with her Against Me! duties both onstage and in the studio. She recently completed the band’s sixth studio album, Transgender Dysphoria Blues, a title that is almost certain to bring massive attention to her experience when it’s released in the fall.

Grace, who is married with a daughter, has no regrets about her decision and says her professional life hasn’t changed all that much.

“It’s been heavy, no doubt, and it’s still a transition I’m learning as I’m going, you know,” says Grace. “This past year has been weird in that my time has been spent either totally in the studio or on tour, with a little bit of time at home. So being in those two totally different environments have been different experiences.

“But touring has been pretty easy. It’s been no big deal. People have been really accepting and bands have been really encouraging, and for most people it’s been a nonissue. Being on tour and being able to live like this has its advantages, too, where it allows me to think a lot and sort stuff out in my head.” 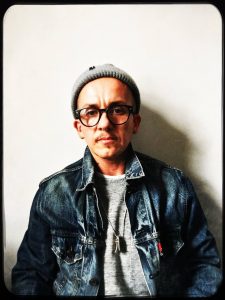 Silveira, a prominent member of Toronto’s LGBT community, had released three prior albums with the Cliks when he decided it was time to “trust that inner instinct.”

“It was basically about realizing that I needed to be happy,” he says. “Whatever I needed to do, I was just going to do it.”

Silveira took testosterone for three years, a measure he had initially avoided for fear of permanently losing his voice.

“It was a big, big worry,” Silveira says. “When I first came out as a trans guy, I was told pretty much right away that if I was to consider being a singer for the rest of my life, it’s just not something that I could do — apparently because it put your vocal cords in a place where you weren’t able to control what you did.”

After being advised to take extremely low dosages of the drug in order to not shock the vocal cords, Silveira recovered his vocal abilities — albeit in a lower register — within 18 months.

“I think when I hit about a year and a half, I felt really safe,” he says. “Before that, it wasn’t that I didn’t think I could sing; it’s the way that your voice transitions, it starts dropping and your high end drops. But your bottom end doesn’t keep dropping, it kind of puts itself in this box. Then the more you sing and the more you train, it’s almost as though the bottom drops lower, and then at about two years, the top end starts coming back a little bit. It fluctuates in these very bizarre places, but I think, at this point now, I’ve been on [testosterone] for over three years, and I feel like it’s settled.”

“I found myself writing differently, not because I was actually consciously writing differently: I was hearing a different voice coming out of my body,” he says. “I felt really comfortable going to these places where I never had felt genuine before. And I think that I went into this place where I used to listen to tons of soul music, R&B and blues music when I was younger. My female voice didn’t sound genuine in it.

“It became comfortable, but also emotionally I just felt really, really [good]. I’m really not sure why it happened, but I liked it, so I just kind of went with it.”

As much as Silveira has publically spoken about his transformation as part of the university and college lecture circuit, he says, “I go about as much into gender in my music as any other man who writes music. I just write from a place where I’m human and this is my experience. I’m never ever thinking about my gender when I write. In fact, I think that’s where I escape it, and I am just who I am. If it comes out as me writing like a man, well, I am a man.”

Unlike Silveira, Grace has hinted at her struggles with gender dysphoria in some Against Me! songs.

“A lot of the songs we’ve been playing before I came out, I’ve already been playing since [I was] 17 or 18 years old,” says Grace. “And I’m 32. Dealing with issues of gender dysphoria and stuff like that, I think I was doing that the whole time I was writing a lot of those songs anyway. It works more on that level for me.”

While Silveira and Grace are two of the more recent transgendered musicians to embrace their identity, the music community boasted some earlier visionaries. Classical synthesizer pioneer Wendy Carlos was still known as Walter when she won three GRAMMY Awards for 1968’s Switched-On-Bach. In 1979 Georgia punk icon Wayne County became Jayne County and years later, in 1995, she told her story in her autobiography, Man Enough To Be A Woman. Formerly the lead vocalist for the rock group King Kobra, Mark Free came out as Marcie Free in 1993.

In recent years, many artists have expressed their support for the LGBT community, including Lady Gaga, Carly Rae Jepsen, Belinda Carlisle, Macklemore & Ryan Lewis, and Madonna, among others. Grace has noticed more artists embracing their own identities, and says it helped her make her own decision.

“I feel that there’s been a lot of momentum to visibility in the last year or two,” says Grace. “Definitely for me, leading up to coming out, I was encouraged by seeing a lot of the musicians embracing the people that they are.”

Now that she’s emerged as a woman, Grace says she feels her music will also deliver a clearer message.

“I’m feeling that the context has shifted so people are also able to understand what you’re saying. That was always my frustration. It wasn’t like it was the wrong voice coming out. I felt that people didn’t understand the things that I was saying because it was being perceived as coming from this angry young white male.

“So being able to frame it that much more makes me feel more comfortable and being reassured who is saying it and what is being said.”

(Nick Krewen is the Toronto-based co-author of Music from Far and Wide: Celebrating Forty Years of the JUNO Awards, a contributor to The Routledge Film Music Sourcebook and has written for The Toronto Star, TV Guide, Billboard, Country Music. He was a consultant for the National Film Board’s music industry documentary Dream Machine.)

Be the first to comment on "Laura Jane Grace, Lucas Silveira Have Found A New Identity"