Meet the man who made Spotify blink and scored a major victory for songwriters in the process.

On May 26, David Lowery, the chief singer and songwriter of California rockers Cracker, appearing at the Danforth Music Hall on Tuesday with Soul Asylum, claimed victory by settling a $150-million (U.S.) class-action lawsuit regarding copyright infringement with the Swedish music streaming service. 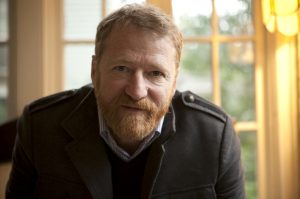 The suit accused Spotify of reproducing and distributing copyrighted songs without obtaining mechanical licenses (and in 2016 was combined with a similar action by songwriter Melissa Ferrick). As a result of the settlement, the company will set up a $43.4-million (U.S.) fund to compensate music publishers and songwriters whose compositions were infringed upon without mechanical-royalty compensation — the standard payment for reproducing or distributing a song.

“This is a good first step, but we have a long way to go,” said Lowery, 56, on Wednesday from a Washington tour stop.

“This is the first real victory that artists have had in the Digital Age. Think about it: we’ve had great industrial transitions before in the Industrial Age, right? This is like the first victory that the workers have towards better working conditions, like unionization for fair pay. It’s what’s going to help our digital future for the music business grow — to make the system fairer for all.

“We just fundamentally have to restructure how music is licensed to digital services, because right now in the United States and Canada, unfortunately, it’s by government fiat and the rates have been set extremely low. So we have to change that, right?”

It’s no secret that recording artists have been given the short end of the stick in terms of streaming service compensation.

According to figures published by The Trichordist, Spotify was paying an average of $.00437 per stream in 2016, and everyone is familiar with the horror stories of musicians being compensated for millions of streams with preposterous four-figure-or-less royalty cheques.

Lowery, who also heads alt-rockers Camper Van Beethoven and has a solo career to boot, gave a speech about the sorry state of the digital music business for musicians at the 2012 San Francisco Music Summit called “Meet The New Boss, Worse Than The Old Boss?” that has circulated widely online.

In the interim five years since that speech, has life improved for musicians?

“Some things are getting better and some things aren’t,” Lowery replies, “In Meet The New Boss, if you look at sort of the bad old gatekeeper record-company system — as bad as that was — a higher percentage of the revenue went to the artist under that system than under the new system. It’s been a boom for the aggregators and the large players in the business both on the distribution side like Spotify and YouTube and for the major labels to a certain extent as well.

“A lot of people ask me what they can do to make it better for artists, and one thing I always tell them is that you should just pay for your subscription service.

“Because literally, if somebody has a paid subscription to a streaming service — say Tidal or Apple Music or Spotify — the artist actually gets almost ten times as much from a subscription stream as they do from a free stream. So just shifting your account from the free ad-supported or skipping YouTube and playing it on Apple Music, which is a subscription service, basically adds an extra ‘zero’ to our pay and gets us a lot closer to a fair digital music economy. It’s not that hard.”

While Lowery’s activism has scored a major coup for musicians, he won’t be dwelling on the topic too much when he takes the Danforth Music Hall stage to sing such 1990s Cracker anthems as “Teen Angst (What The World Needs Now),” “Low” and “Euro-Trash Girl” as well as the latest songs from their late 2014 double-disc Berkeley to Bakersfield.

Evenly divided between rock (Berkeley) and country-rock (Bakersfield), the 18 songs with topics ranging capitalism to conservatism in such songs as “Torches and Pitchforks,” “March of the Billionaires” and “King of Bakersfield” seem prescient in the era of Trump.

“I think the Berkeley disc kind of foreshadows a lot of what happened — and in a way, so did the Bakersfield disc,” says Lowery. “Not only are those discs divided stylistically, but they ended up sort of like eastern California versus coastal California. There’s a little bit of political edge to it, where the Berkeley disc is sort of a hallmark — kind of a voice you get from the protest movements and from the left, and the Bakersfield disc is much, much more subdued.

“But the song ‘King of Bakersfield’ as the guy, he probably voted for Trump. And he’s not unlikeable — he’s a working-class guy who says, ‘the system isn’t working for me.’ I think we accidentally foreshadowed that on this album.”

With 34 years of fronting the more punk- and ska-flavoured Camper Van Beethoven and 25 in a partnership with Johnny Hickman as the core of the more rootsy Cracker, the prolific Lowery says he enjoys having both vehicles as outlets for his songs. (“I have homes for most of them, whether they all deserve to see the light of day or not.”) But respecting both bands’ lasting following requires a bit of discretion.

“I have to be really careful about what I say with both Cracker and Camper because I’m always surprised that our audience really is evenly divided on politics. In one way, you’d think that Camper would have a more lefty audience than Cracker, but it doesn’t appear that way. In fact, Camper’s audience is both extremes: a lot are Libertarians, and there are a lot who are hardcore Bernie Sanders supporters. It’s bizarre.

“So generally nowadays, as an artist, you almost have to be like a journalist: ‘OK, what are the facts?’ Of course, you have your own personal opinions, but man, it’s eye-opening.”

Be the first to comment on "David Lowery, the singer who made Spotify pay, calls settlement a ‘good first step’"