If you’re thinking about booking your cabin for the inaugural Jam Cruise featuring Galactic, Keller Williams, the Supreme Beings Of Leisure and others, you’ve missed the boat.

All 800 spots for the Jan. 6-10 sail to Nassau and Key West were snapped up in 45 minutes, prompting organizers Cloud 9 Adventures to scramble and announce Jam Cruise II Jan. 10-14.

“We had no idea the response would be this amazing,” said Josh Moore, the Athens-based promoter of this floating festival of rock jam bands. “It sold out instantly. Then we started a waiting list and about 2,000 people signed up!”

Even though Moore is banking that history will repeat itself with Jam Cruise II — featuring an assorted lineup that includes Michael Franti & Spearhead, Les Claypool and Donna the Buffalo, as well as Galactic — those who don’t get on board quickly will have to wait until 2005.

“There will be a Jam III, but not this year. We were only able to get the boat for another four days to take care of people on the waiting list.” 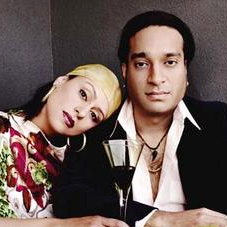 While Moore and his Cloud 9 partners have discovered the growing niche of the specialty theme music cruise, 1,250 Delbert McClinton fans are preparing to embark on their 10th cruise with the GRAMMY-winning singer, songwriter and harmonica player.

“I’m a big fan of live music, so for me it’s like I’ve died and gone to heaven,” says Page Hite, 51, a Springfield, Va., native who has been aboard for every McClinton port of call and now runs the artist’s Web site.

“You get to see a large group of performances across a week, and to me the best part of it is the interaction between the different artists. You get to hear music you’re never going to see on television, hear on record, or even see in concert. After the first one, I was sold.”

Nashville-based Entertainment And Travel Alternatives offers Rhonda Vincent and The Rage as part of its 6th Annual Bluegrass Cruise Feb. 22-29 and Bo Diddley for its Oldies Music Cruise III March 21-28.

Blues aficionados can bask in the Caribbean sun while basting with the music of Taj Mahal, Susan Tedeschi and Charlie Musselwhite on the weeklong Legendary Rhythm & Blues Cruise Feb. 7-14. And Christian music lovers can head to Mexico serenaded by 4HIM, Rebecca St. James, Natalie Grant and a host of comedians and guest speakers Jan. 22-26.

Once you board the ship, these vacations are all-inclusive (air travel, pre- and post-boarding accommodation, and port and U.S. taxes are extra) with prices ranging from $349 to $3,500 per person. Luxury ship amenities, such as casinos, beauty salons, spas, and snorkeling and other water sports, are available to passengers along with the added bonus of performances and impromptu jam and autograph sessions.

And performers love it too.

“It’s like we’re on vacation, but we have something to do,” says Marcia Ball, Austin’s queen of honky-tonk piano who will be returning to the McClinton cruise for her 10th appearance. 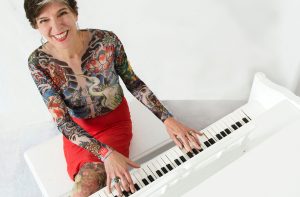 “I also enjoy the interaction between the musicians. It’s great for us because there are 10 or 15 bands or acts every time, and we’re all friends, and we get to see one another play. The same thing applies to the guests on the boats. There’s no line between front-of-house and backstage, especially at breakfast.”

“I think it’s just something out of the ordinary. There are so many festivals and people are used to seeing bands in smoky clubs. This is a chance to get out and be on the Caribbean. And I think part of the appeal to people is the chance to hang out and interact with the bands.”

Page Hite just loves the convenience of having festival access within walking distance.

“Once you get on board, you just go from show to show,” Hite explains. “You don’t have to drive. Plus, you get to cop a tan in January and come back and be the envy of your less fortunate friends.”

“It’s almost like a drug. If I can get you on there once — and I’ve probably talked 20 or 30 people into going on this thing — then I’ve got you forever.”

(Nick Krewen is a Toronto-based journalist who has written for the Toronto Star, TV Guide, Billboard, Country Music and was a consultant for the National Film Board’s recent music industry documentary Dream Machine.)