Artists need to treat their audiences with respect.

I’m not exactly sure when some of them felt they could abuse the privilege, but it seems that a few so-called superstars have decided that once their fans have paid an exorbitant amount of money for a ticket to see them in concert, then that tacitly gives them carte-blanche permission to dole out the abuse.

They keep them waiting.

On Wednesday, July 18, 2018, at the Molson Amphitheatre, to be exact – the culprit was Lauryn Hill, the ex-Fugee who launched her solo career back in 1998 with an admittedly exceptional, multi-Grammy winning album called The Miseducation of Lauryn Hill – a 12-million-unit selling success story whose coattails she’s been riding ever since.

That album was a game-changer in so many respects, and especially empowering for women. Since it’s 2018, the 20th anniversary of its release is the supposed premise of the tour. One would assume that Hill was going to perform the album in its entirety – considering it’s the only studio album she’s ever released.

In fact, she has only released one other album – MTV Unplugged No 2.0 in 2002 – and perhaps the first telltale signs of trouble were in that recording…but more on that later. 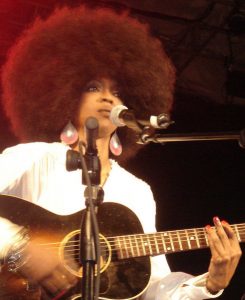 Back to the issue at hand:

With a capacity of 16,000 – not sure how many were actually in attendance – fans that had paid up to $200 to watch Miss Hill do her thang waited over an hour since the last warm-up act took to the stage…and then almost another hour for the privilege to see their icon.

Hill finally took to the stage after 10 p.m. and rewarded the patient with a 40-minute show before the venue’s 11 p.m. curfew kicked in.

That’s right. Forty minutes. To put that in the proper perspective, The Miseducation of Lauryn Hill  – the recording – runs 69:50. And that 40 minutes included a cover of local boy Drake‘s “Nice For What,” which samples Hill’s “Ex-Factor,” that  she threw in for the final number.

The arrangements were reportedly rushed and many fans left disappointed and disillusioned, complaining afterwards on their Facebooks and Twitters and Instagrams that the concert left something to be desired.

Some long-time Hill fans admonished those concertgoers for their foolishness, implying that they should have researched Hill and understood what they were getting into in the first place.

And they wouldn’t have had to go much further than Hill’s previously mentioned live album, a dog’s breakfast of emotional catharsis that featured a confessional diva performing with just voice and guitar and lamenting her numerous hardships, both creative and personal.

But the point is, why should fans expect anything less than a timely, decent performance from one of their heroes?

I’m not going to sit here and pretend to know what is going on in Lauryn Hill’s head or her life. But what I do know is that if the show is going to be delayed for any reason, the very least fans deserve is an apology for the tardiness and a brief explanation as to why it happened.

Hill isn’t the only one guilty of this conduct, although she may be the one practising it most consistently.

Remember when Guns N’ Roses were touring their pair of Use Your Illusion albums in the early ’90s? The headliners were allegedly held hostage nightly for up to three hours by singer W. Axl Rose as he sorted through his issues with a poorly-timed, pre-show psychiatrist. 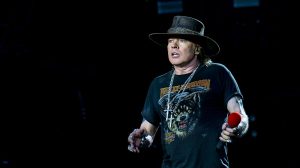 At least, that was the rumour.

More recently, Rihanna kept audiences waiting over an hour each night for her Diamonds tour.

In each case, the headliners appeared, made no apology and gave no explanation for their absence.

I’m the type of guy who believes that performers should be accountable to their paying audiences. If I get a performance from a headliner that is less than an hour – unless it’s to showcase their debut album and it’s their very first venue tour – I get pissed.

Natalie Cole played less than an hour with a full orchestra when she was enjoying her Unforgettable..With Love success, despite the fact she had 13 albums worth of material to draw from (not all of it good, mind you, but would it have killed her to pull out a few earlier hits and dress them up with strings?). I wasn’t happy.

Megadeth performed a special $10 show at Maple Leaf Gardens for fans back in the ’90s, but played just under an hour. Not impressed.

Jackass pincushion Steve-O Glover charged more than $65 for a show at the late Guvernment nightclub which lasted 15 minutes, featured an audience member drinking his own pee and whose grand finale included Glover setting his head on fire that was so brief that if you blinked, you missed it.

Granted, the bar couldn’t be set much lower and the debacle turned into a meet-and-greet autograph session so the noticeably sloshed Glover could salvage a wee bit of credibility…but the fact remains, in each case, the fan was shortchanged. 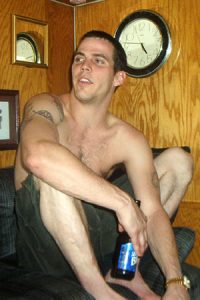 And we don’t even have to get into soul legend Aretha Franklin‘s noticeable earlier run of cancellations for whatever inexplicable reason. There was a period there that when one of her local Toronto shows was announced…you could almost bet the farm on it being cancelled.

The point is, specifically in the case of Hill, who has been on the road for the last three years, she ain’t doing it for peanuts: the woman is making serious coin.

And who is financing this? Do I really need to connect the dots?

The bigger question is, why do fans tolerate this – and thus empower the artist to continue this type of behaviour?

Don’t give me this “artistic temperament” crap. Underneath the veneer of celebrity, we’re all the same. We all pull our pants on one leg at a time.  If you showed up late for work and didn’t give your boss a decent explanation, how long do you think you’d last at your job?

Hill and other performers that follow similar practices seem to forget that it is the fan that is their boss when it comes to concerts. And in these cases, the bosses should be treated with the respect of an apology and an explanation.

This enabler treatment will continue until the concert audiences stick up for themselves. If people either refused to purchase tickets, or demanded a refund after any undue delay, something tells me Hill would get the message rather quickly and those late-night concert starts would either be reduced or eliminated altogether.

Until that happens, Hill will remain unchecked and continue her acts of intolerance when it comes to delaying her stage start.

At least one other act has changed its tune regarding this policy.

On the recent Guns ‘N Roses’ Not In This Lifetime reunion tour, which will end in South Africa in November and has thus far included 158 dates and grossed $490 M,  the band has started either on – or within 15 minutes – of their scheduled set time.

Hope is not lost.