Clairmont The Second may be one of the more ambitious rappers out there, but he’s in no rush to achieve the lofty stardom to which he aspires.

“We knew from the start that it was going to be the long game,” said the Juno-nominated hip-hop artist born Clairmont Humphrey, who hails from the Jane and Weston area of Toronto and brings his game to the Rivoli Saturday to promote his latest album, Do You Drive.

“We’re trying to figure out how we could be known as a legend as opposed to somebody who had a good run. I want to be known as someone who created something that’s timeless and approaches things differently.

“Everybody who is known as a legend approaches things differently. There’s an aspect about them that made them stand out. That’s what I’m trying to do.”

While history will determine whether Humphrey reaches his professional destination, he’s certainly piling up the credentials to stack the arguments in his favour, including squeezing out an impressive six albums in his 21 years: each a head-and-shoulders improvement upon the previous one, and that includes the skilfully-self-produced Do You Drive sounding more mature and realized than his Juno-nominated breakthrough, Lil Mont from the Ave. 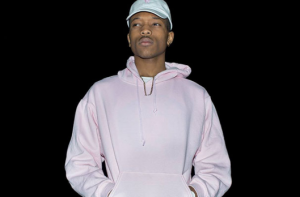 His spoils include short-and-long-list Polaris Prize inclusions; a Prism Prize High Fidelity Award for his use of video in art in such self-directed videos as “Ave In You” and CBC airplay, but that success comes with no shortage of effort on Humphrey and his management team’s part.

Since he graduated from Weston Collegiate Institute, it’s been a full-time endeavour – although time spent at school served as the catalyst background for his calling.

“In Grade 9, everyone started rapping in my school and I was confused – why is everybody rapping now? I’m better than these guys. That’s really how it started. And we made a song that wasn’t so good, though at the time, we thought it was insane.

“From there I thought, I want to be better than my friends. So I started working very hard at becoming a better writer and a better producer and just making things that – especially for my age – would be insane. Now it’s embedded in my blood.”

Humphrey’s musicality comes naturally, largely growing up in two single-parent households where diversity was key. “I have older siblings who listened to a lot of neo-soul and R&B . That’s why, even in my music, it’s not just straight hip-hop: there’s jazz influence, soul influence, R&B influence, gospel influence – from my siblings and my Dad and my Mom, they played gospel music all the time.

“Now I’m at the skill level where I can incorporate a lot of the styles I’ve been wanting to work on for so long.”

Taking the philosophies of such established rappers as Tyler The Creator, Childish Gambino and Kendrick Lamar to heart – “they reassure me not to care what others think,” he says – Clairmont The Second loves to insert unexpected vocal breaks or instrumental solos “because I want to be refreshing.”

Humphrey also has a knack for keeping it real.

With songs like “Luvin’ On A Budget” and “2 Rich 4 Me,” from Lil Mont from the Avenueor “Hold” from Do You Drive,  he’s not afraid to address the financial realities of his situation rather than hype the non-existent bling.

“I think it inspires a lot of smaller artists than me who have told me that they don’t have a lot, but they see what I’m doing with the little that I have,” notes Humphrey. “It’s only really been positive.

“And I think that when I finally get the money to do crazier things, I don’t know how insane the budgets will get. I like recording small and doing everything small because limited resources force me to think creatively.”

Setting his immediate sights on the U.S., Humphrey knows he’s positioned at the start of what could be a long road to achieve what he needs to do below the border.

But probably not the distance Clairmont The Second imagines.