Nearly five million views for his Motown-flavoured kiss off and Gnarls Barkley singer Cee-Lo Green has a hit, even if radio can’t touch it.

Cee-Lo Green’s new single tore up the Internet with nearly five million views, but it’s not getting on the radio without rather severe editing.

Despite the fact that his colourfully unprintable breakup anthem, known euphemistically as “F.U!,” took YouTube like wildfire and stormed onto the Billboard Hot 100 in just 15 days, Cee-Lo Green says the only real shock to him has been the controversy the hit has courted along the way.

Although the F-word expletive is mentioned more than a dozen times throughout the snappy and cheeky NSFW Motown-flavoured ditty, the Atlanta-based singing rapper — the vocal half of Gnarls Barkley — is wondering what all the fuss is about. 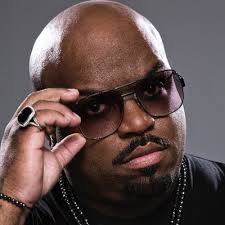 “I’m a little bit surprised — and I guess I shouldn’t be, because it remains a profane word — but, in comparison to so much other music I hear, so much more music that is on the radio is more altered than this song will ever be,” Green said in an exclusive interview with the Star.

“Because other more everyday, more accessible songs with more profanity, will continue long after this song isn’t playing on the radio any more. So I was a bit thrown by that — I thought that was peculiar.

“I guess that’s just evidence as to how effective this song has been.”

“Effective” is an understatement: released Aug. 19 via YouTube and accompanied by a simple karaoke-inspired video that spew the lyrics as the three-minute, 45-second song progresses, “F— You” has garnered more than 4.8 million views (Green’s official video, uploaded Thursday, has since drawn an additional million viewers since). The digital rush-release of the song by Atlantic Records sold enough U.S. downloads — 21,000 — for the song to break into the Billboard charts at No. 96, with a much bigger jump predicted for next week.

But Green, having experienced a similar phenomenon in 2006 with the seven-million-selling “Crazy,” in his Grammy-winning Gnarls Barkley partnership with production guru Danger Mouse, seems to be taking this latest success all in stride.

“The youthful zeal about this song now and this situation makes me feel young, that I’ve got a lot of life and a lot of music left in me,” declares Green, the Goodie Mob co-founder who was born Thomas Callaway.

Green stumbled upon the initial sketch of the song, written by Bruno Mars and Phil Lawrence, two-thirds of the Los Angeles production trio The Smeezingtons (Flo Rida, B.o.B), when searching for collaborators to flesh out material for The Lady Killer, his first solo album in six years, due Dec. 7.

“I met them almost two years ago,” reveals Green. “I wanted to take a different approach with this album and bounce around different writers, and we just hit it off immediately.

“We had this song for eight months to a year, and when I first got to the studio, they had the basic track of what you hear and a sketch of what the hook would sound like. In all honesty, I hadn’t recorded for three years and I was a little perturbed with the amount of time that it was taking for me to do so, so I was all up for saying ‘F.U!’ ”

Green wrote the verses and Mars wrote the refrain, but the singer insists that there’s a thematic thread associated with “F.U!” — and its sanitized afterthought, “Forget You” — that fits like a jigsaw into the Lady Killer concept.

“We associated the song being relative to the rest of the theme of Lady Killer, by saying, how did the ‘lady killer’ come about? What kind of cause and effect, kind of trial and tribulation, could have caused such a personality? Then the storyline began to develop and reveal itself to us.” 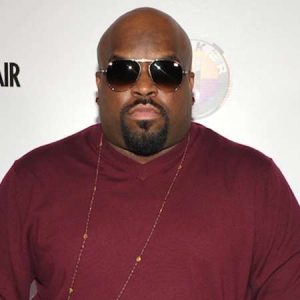 But the singer — who says he will tour with an all-female band called Scarlet Fever, dates pending — did comment on his hit song’s unofficial collaborator: 50 Cent, the New York rapper who added his own unauthorized verse to the video version of “F.U!,” unbeknownst to Green.

“I thought it was very well orchestrated by even having the means to attach the lyric to the same viral video. I just thought that that was great.

“I couldn’t be mad, because it’s such a funny song and we weren’t taking the song or ourselves too seriously.

“The fact that everybody’s kind of chiming in and having fun with it, no matter what the circumstances may be, I think we all need the opportunity to say ‘F.U!’ out loud once, and I just think that’s great.

“Almost anybody could have done that on their own, and it wouldn’t have mattered to me, because it’s our song now.”