PUBLISHED IN THE HAMILTON SPECTATOR ON AUGUST 7, 1997 TO ADVANCE CONCERT AT THE FESTIVAL OF FRIENDS, GAGE PARK,

Songwriter Bruce Cockburn has rattled a lot of sabres over the years with his politically-driven music. So it should come as no surprise when he reveals that his most recent Hamilton visits involved a favorite pastime: fencing.

“For a while I was getting some fencing coaching at McMaster,” Cockburn mentions over the line from Sarnia, the halfway mark of an intense tour to promote his 24th and latest album, The Charity Of Night.

“This was a couple of years ago now. So my closest association with Hamilton has to do with fencing.” 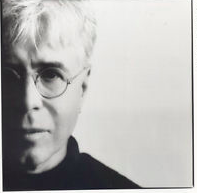 The Ottawa-born award-winning singing activist says his love for the sport was unexpectedly rekindled while conducting a U.S. radio promotion tour for Nothin’ But A Burning Light  in 1991. A zealous Columbia Records employee learned of their mutual interest.

“We discovered we both like to fence, so we started doing it with umbrellas and stuff,” recalls a clearly amused Cockburn, 52.

“Then he showed up at an interview one day with a whole kit: a mask, a jacket, and a sword with a left-handed grip. He rented the biggest hotel room he could find in Philadelphia, moved all the furniture to the walls, and we spent an afternoon fencing in a hotel room.

“He started getting serious and taking lessons, and got way better than me. So I had to take lessons to keep up,” he laughs.

Cockburn says he enjoys the challenge of the sport.

“It’s very demanding,” he says. “It requires total focus. Therefore, you can’t be thinking about anything else while you’re doing it.

“I suppose I’ve retained the romance of swordplay, and I suppose for most people who fence there’s a fantasy element. But when you’re actually engaged in a match with somebody, there’s no fantasizing. You either defend yourself or not!

“I’m not a good fencer at all,” he admits, lowering his voice.

Cockburn’s jousting days ended with his association with Columbia Records (he’s now distributed in the U.S. by Rykodisc), but he retains fond memories of the impromptu skirmishes that occurred during the taping of his annual Christmas radio specials at a New York studio.

“We’d be recording our Christmas shows at the Columbia studio, which is basically a big soundstage, and Paul and I would be prancing up and down the floor with swords in hand. People would be walking through wondering `What the hell is going on?’

Expect only metaphoric foils when the True North recording artist returns to the George Robinson Bandshell stage Saturday night with bassist Steve Lucas and drummer Ben Riley for his third Festival Of Friends appearance. Cockburn, an acclaimed guitarist, says he’s only recently rediscovered music festivals after years of shunning them.

“It wasn’t until a couple of years ago where I started doing them in any sort of degree, and I was reminded in a pleasant way of what was good about those festivals,” he explains. “From the point of view of people being able to access a whole bunch of different kinds of music at once, it’s a really great thing. To the extent that any given festival brings to their audience artists who would not otherwise get exposed, or artists from other cultures or doing the folk music from our own culture that doesn’t normally get the time of day, then folk festivals are a great thing.”

For Cockburn, who began his solo career as a coffeehouse troubadour in 1970 with the release of his self-titled album, “folk” is no longer a dirty word.

“It’s lost some of it’s dirt,” he laughs. “It was a dirty word for me for a while because when I first started out, folk was a music that could be identified with a particular tradition. You could trace a line from a particular tradition to whatever you were talking about, and I didn’t feel I did that.

“I felt that I stole freely from everybody’s tradition, and the only reason that people were calling it folk music was because that’s how they designated music that was played on an acoustic guitar. So sometimes I went out of my way to make that point.

“After a while it got too boring and tiresome to repeat, so I stopped thinking about it. I still think my definition of folk music is a workable one, but everybody’s got their own. It’s in the eye of the beholder.”

Another anomaly about Bruce Cockburn’s musical career is that after 30 years of prolific songwriting, his entire discography — including such classic albums as In The Falling Dark, Dancing In The Dragon’s Jaws, Humans, and Stealing Fire — is still available to the public. Does Cockburn feel his music is in touch with today’s youth?

The singer admits he pondered that very question when he first witnessed Buffalo folksinger Ani DiFranco in concert.

“The first time I heard Ani I had very mixed feelings,” he discloses. “It was at the Telluride Bluegrass Festival a couple years ago. I was completely dumbfounded… it was like hearing Bob Dylan for the first time.

“On one hand, it was incredibly exciting. On the other hand, I was starting to feel like this is the next generation and guys like me should just shut up and get out of the way. This morose thought was hovering around the edges of the enjoyment I was getting from her performance.

“Then Ani came out for her encore, and she sang ‘Mama Just Wants To Barrelhouse All Night Long.’ It was the perfect response. I thought, ‘There’s a connection there. She sees it, so I should see it.’ We’re still walking around the same planet at the same time.

“I don’t feel cut off from youth particularly. I feel that I’m older and different from them in terms of life experience, but that’s not the same as being cut off from them. We’ve all got something to hand each other.”