Has pop music ever had a more tortured soul than visionary Brian Wilson?

From the physical and psychological abuse inflicted by an intimidating father, to his partial deafness (attributed to either a birth defect or a blow to the ear from his father, Murry — take your pick) to years of reclusive isolation, drug abuse and depression that once confined him to his bedroom for three years, it’s astonishing that the pop genius behind the Beach Boys‘ greatest hits has overcome his demons to the point where he’s functioning again. 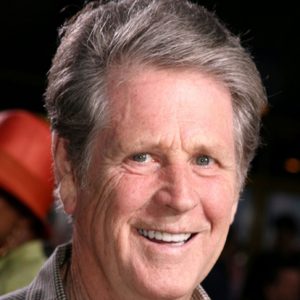 Since being weaned off a controlling dependency on U.S. psychologist and therapist Eugene Landy in 1992 (Landy died in 2006), Wilson has reclaimed his solo career with nine albums, including the Don Was-produced I Just Wasn’t Made for These Times(1995), the completion of the long-shelved SMiLE (2004) and his latest, Brian Wilson Reimagines Gershwin, the album that brings him to Massey Hall on Saturday.

Although Wilson — who celebrates his 69th birthday two days later in Ottawa — is coherent and frank during a 10-minute interview to promote his first Canadian tour, he’s also a man not prone to extended conversation.

For example, ask him why it took this long for him to embark on a cross-Canada tour, one that kicks off in Kitchener on June 15 and ends in Vancouver on the 28th, and he replies perfunctorily:

Or what he does when he’s at home besides music: “I exercise a lot. I walk in a park.”

Even when switching to a topic that interests him, such as music, Wilson rarely elaborates. 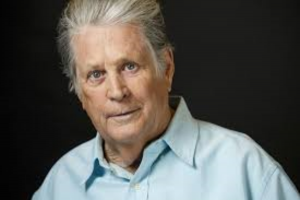 He does reveal that he was very young when he first heard George Gershwin‘s signature neo-classical composition “Rhapsody In Blue.”

There are other curious aspects to Brian Wilson Reimagines Gershwin, a 10-song album that reworks eight of the New York composer’s standards (and those of his lyricist brother, Ira), including “Summertime,” “’S Wonderful,” “I Got Plenty o’ Nuttin” and “I Loves You, Porgy.”

The first is its sound: with ebullient four-piece falsetto harmonies, breezy arrangements and a rock ‘n’ roll twist on “They Can’t Take That Away From Me,” it’s the kind of music one might expect if it was interpreted by a man who wrote Beach Boys songs for a living.

“I just tried to interpret each song the way he would want me to if he were alive,” Wilson explains.

Surprisingly, it works, as he’ll demonstrate during the first half of the concert with Gershwin-dominated material (the second half is pure Beach Boys nostalgia).

The second: he shares a couple of songwriting credits with the late composer. The Gershwin estate approached him to finish two incomplete songs, which Wilson transformed into “The Like in I Love You” and the upbeat instrumental “Nothing But Love.”

“We liked the chords,” Wilson offers. “We the built the melody around some of his chords, and we did the lyrics.” 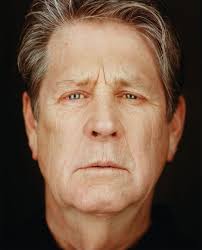 In the remaining minutes, Wilson mentions a) future projects including a reimagining of Walt Disney film songs and a rock album; b) Chuck Berry as prime influence and c) that he’s a piecemeal songwriter: “I’ll write a little bit and then go back to it later — back and forth.”

The biggest revelation is that Wilson doesn’t listen to any contemporary music, only “oldies and goodies.”

What does he feel is missing in today’s pop songwriting?

Even for a man of few words, that speaks volumes.

Be the first to comment on "Brian Wilson: Talking about ‘Plenty O’ Nuttin’"