NEWS
Melissa Etheridge, Kevin Hearn and Justin Hines are three of the many artists overcoming obstacles to share the gift of music
NICK KREWEN
GRAMMYS
GRAMMY.com

(In the spirit of the holiday season, The Recording Academy invites you to consider making a donation to support musicians in need through its MusiCares Foundation or music education programs through its GRAMMY Foundation.)

In 1998, when he was recording Stunt with Barenaked Ladies, keyboardist/guitarist Kevin Hearn knew that something wasn’t right.

“At the beginning of our recording session, I started having a cough, and loss of appetite,” Hearn recalls. “I thought it was maybe just stress, but by the end of the sessions the symptoms got worse and I got a lot thinner. I started thinking maybe something was very wrong.

“When I came home, I had a full checkup and was diagnosed with leukemia. I was told that it might be life-threatening and I had to get to the hospital right away.” 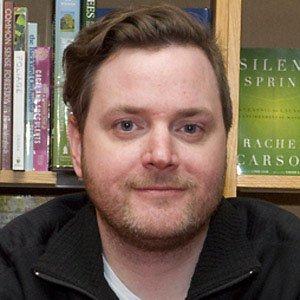 Over the next several months, Hearn endured “a few close calls where I almost didn’t make it,” and received a life-saving bone marrow transplant. Today, he is fully cured of the chronic myelogenous leukemia that almost took his life.

Hearn, who will release his latest solo album, Cloud Maintenance, in December, has since returned to his duties with Barenaked Ladies. He says the ordeal — one that he documented on his 2001 solo album H-Wing — put him in touch with his own mortality.

“I’m still going to die one day, just like everyone else,” says Hearn. “It certainly helps you recognize how precious your time is here.”

But not all seemingly insurmountable obstacles for musicians are related to illness.

More than 25 years after losing his left arm in a car accident, Def Leppard drummer Rick Allen continues to pound out the rhythms for the multiplatinum UK rock band, thanks to an innovative kit devised by British electronic drum manufacturer Simmons.

Beach Boys songwriting guru Brian Wilson created some of pop music’s most intricate harmonies despite being deaf in one ear and blind musicians — including Stevie Wonder, Raul Midón and Andrea Bocelli — have relied on their ears to overcome their visual deficit.

And the list of musicians who have endured rehab to conquer alcohol and drug dependencies could fill a page or two.

But once they’ve either recovered from their addictions, illnesses or personal issues — or, at the very least, learned to cope with them — many of these grateful fighters have given back, either publicly or privately.

“On a more personal, direct level, I’ve actually gone and visited patients,” says Hearn. “I’ve found that I can answer questions that perhaps other people can’t answer, because I’ve been through the experience. I also try to tell my story a little bit.”

Since being diagnosed with breast cancer in January 2003, Anastacia became motivated to raise funds and awareness, specifically targeting younger women who are stricken with breast cancer or those who have no family history of the disease. As a result, she established the Anastacia Fund through the Breast Cancer Research Foundation.

One musician who has launched his own foundation to help others is Canadian singer/songwriter Justin Hines. Although he’s bound to a wheelchair due to a genetic joint disorder called Larsen Syndrome, Hines says the Justin Hines Foundation, which is set up to raise awareness for individuals with disabilities who are in need, isn’t focused on just one cause. 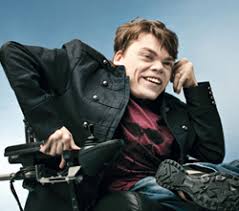 “We try to be inclusive of everybody, really,” says Hines, who recently starred in his own PBS special performing songs from his 2011 album, Days To Recall.

“We’re lucky to be in this position where we have a foundation where we can help out when we can. Depending on the organization or group that we partner with, we basically just try to do fundraising initiatives for specific causes. It’s been pretty broad in its scope.

“The whole world needs help at some point in their lives, so it’s really about broadening horizons and making connections.”

Hines, who launched his career 15 years ago after winning a contest to sing Canada’s national anthem at a Toronto Raptors NBA game, says he’s “beyond grateful” for being able to pursue music.

“Growing up, even though I was obsessed with music, I never really thought I’d turn it into a career. Every day I do this is a bonus.”