After freeing herself from a recording contract and financing sessions with her band the Grand Theft Orchestra, the Boston-based singer/songwriter Amanda Palmer launched a campaign on crowdfunding site Kickstarter to raise $100,000 to help promote and finance her new album, due in September, and its accompanying book and tour.

Within 72 hours, Palmer not only surpassed that goal, setting a new Kickstarter site record by raising $443,000, but as of this writing, with 21 days still left in the campaign, she has generated in exces of $618,000 through more than 11,500 pledges. 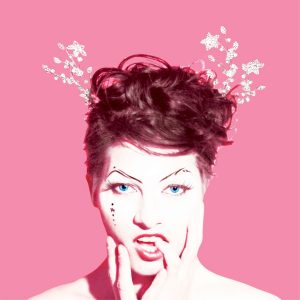 New York songwriter and ukulele player Julia Nunes didn’t quite generate the windfall Palmer has enjoyed, but her 2011 Kickstarter campaign did finance her recent album, Settle Down, to the tune of $77,888, a 519 percent return over her initial request.

“I’d seen people attempt $20,000 goals, but I thought that was too much for people to understand,” says the ukulele-strumming Nunes, whose YouTube channel has garnered nearly 51 million views. “I asked for $15,000, and I hit that in the first 24 hours.”

Nunes said the additional cash infusion allowed her to raise her production standards.

“We brought in a string quartet, a couple of other musicians, and I was able to bring my bandmate in from Boston at the time. We also moved to a larger studio.

“To be able to not struggle for those two months when I was making the album, and just feel like, ‘Yep, this money is for music’ — that freedom was unreal.” 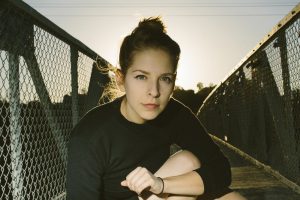 Crowdfunding sites such as Kickstarter, Bandcamp and Indiegogo are just one aspect of today’s Internet-driven landscape that offers artists new and exciting ways to boost both their art and their careers without relying on traditional record company models or radio formulas.

Other platforms such as SoundCloud help artists share their music with fans across popular social media networks such as Twitter, Tumblr, Facebook and Foursquare. Recently, comedy/rock duo Tenacious D shared their entire forthcoming album, Rise Of The Fenix, via SoundCloud in advance of its May 15 release date.

“I’ve got a small tribe who are really supportive, and when Mockingbird came out, about 15,000–25,000 sales and eight months into the cycle, the label was talking to me about the next record,” says Webb. “I was a little more ambitious and wanted more people to hear and resonate with it, but we had no more marketing money, so my manager and I tried to come up with a creative solution to distribute the record further.

“So what Sony/Columbia allowed us to do was give the record away digitally for free for three months, but for every download, people were going to have to give us their email, their ZIP code, and email five friends about it. When we started, we had maybe a little more than 5,000 people on my personal email list. In three months, we had 85,000 downloads.”

The ZIP codes gathered by Webb enabled him to track the locations of potential fans, and resulted in a change of touring strategy.

“It turned out that in the top five cities that had the most downloads, two of them I’d never toured as a solo artist,” says Webb. “I had never toured New York and L.A. because I’m a niche artist.”

Webb booked a Wednesday night gig in Hollywood, Calif., at Knitting Factory’s AlterKnit Lounge, a venue with a capacity of 60, for 90 percent of the door.

“We promoted it to everyone on that email list of 85,000 who lived within 15 miles of the venue’s ZIP code,” says Webb. “We turned away twice the capacity of that room that night. The venue was shocked.”

Since co-founding NoiseTrade four years ago, Webb says the site now features 10,000 artists ranging from unknowns to established artists such as Matthew Sweet, and GRAMMY winners such as the Civil Wars and Jars Of Clay.

“We give away 500,000 full album downloads a month; we have an email list of over 500,000 people who get emailed twice a week from us with our featured artist, and we have 2 million views to the site per month, with no offices and no employees,” says Webb. 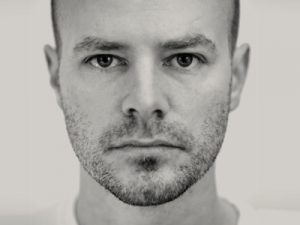 Although NoiseTrade also offers an option that allows fans to “tip” their artists — with the company retaining 20 percent of the amount — Webb says the information gathered by the artists is invaluable.

Like NoiseTrade and the other aforementioned sites, New York-based Kickstarter allows creators to retain their intellectual property copyright, and takes a small percentage from successfully funded projects. If a project falls short of its goal, credit cards remain uncharged.

Since 2009, Kickstarter has helped raise more than $200 million for more than 20,000 projects, not all of them music-based. Project submissions are usually accompanied by incentives for different pledge levels, and Nunes says these pre-sale enticements such as intimate house concerts or autographed merchandise made it easier for her to request pledges.

“The idea of asking your fans for money before you have anything to offer them freaked me out,” says Nunes. “But when I saw people using it as more of a pre-sale of the album and offering things like signed lyric sheets and T-shirts, I thought of it more of a bake sale — because you’re giving them tangible rewards in turn for them having faith that you are going to make a good album.

“I like that idea a lot better than the idea of just begging for money.”

A Little Help From Their Fans | GRAMMY.com