“Started from the bottom, now the whole team here.”

So says Drake in “Started From the Bottom,” and that’s exactly how his big-bang explosion on the worldwide hip-hop scene has affected the fortunes of his whole team – more than 60 Canadian, Toronto-based songwriters, beat-makers, producers and other collaborators. Drake has almost single-handedly created an entire industry that has blossomed in his wake, and inspired the next generation of Canadian hip-hop in the process.

It’s already known that Toronto native Aubrey “Drake” Graham is gifted with a unique vernacular that has vaulted him into the forefront of rap music and placed him on the global sphere of influence shared by Eminem, Jay-Z and Kanye West. Now he’s also the first-ever recipient of SOCAN’s Global Inspiration Award, for being particularly generous in bringing his Toronto-centric crew along for the ride – to the tune of collaborating on 226 commercially released songs and four albums. 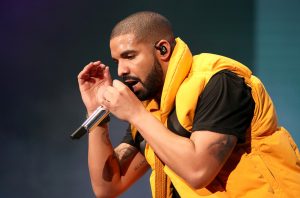 For a Grammy- and multiple JUNO-winning artist – who’s sold more than 5 million albums, staged multi-million dollar tours and, in five short years, already squeezed 36 songs onto the Billboard charts (including the Top 10 “Forever,” “Best I Ever Had,” “Find Your Love,” “Take Care,” “Make Me Proud,” “Started From The Bottom” and “Hold On, We’re Going Home”) – his sense of loyalty and devotion to T.O., and his hometown collaborators, is refreshing.

“I put a lot of people in positions to do great things.”

“When it comes to this city [Toronto], I mean, I’m so vocal about how much I care,” Drake told CBC’s Q with Jian Ghomeshi. “All I ever wanna do is just see this city get the recognition and the love it deserves, see people from this city shine. Y’know, I put a lot of people in positions to do great things. That’s all I wanna keep doing.”

So how deeply does “The Drake Effect” impact the contemporary hip-hop scene? Just look at the company his collaborators keep aside from Drizzy.

Some, like high-profile producers, engineers and mixers Noah “40” Shebib and Boi-1da (Matthew Samuels) – who’ve been with him since he was spitting out his first rhymes back in the mid-00’s – have been tapped by some of music’s biggest names to share their expertise. 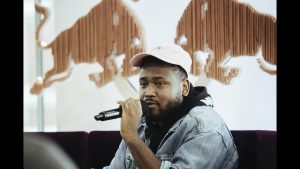 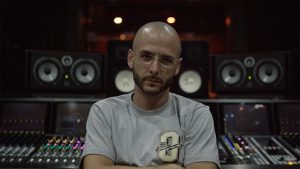 When Boi-1da and 40 accepted SOCAN’s inaugural Global Inspiration Award on behalf of Drake, presented at the SOCAN Awards in June 2014, 40 made the point that almost all of Drizzy’s music is “written by Canadians, produced by Canadians, and recorded by Canadians… We make a conscious effort to keep this here [in Canada and Toronto].”

The Jamaican-born, Ajax, Ont.-based Boi-1da, says he’s known Drake since his Degrassi days, and confirmed the accuracy of the Nothing Was the Same Top 10 anthem in an interview with HipHopDX.

“We started working out of a studio that was rat-infested,” he said. “I was working at Winners at the time, and Drake was working at two places: He was working at Degrassi: The Next Generation and at a restaurant where he was doing spoken word over the piano.

“To me, he really started from the bottom. When I hear people say [that he didn’t], it really upsets me, because I was there when we all started it and went through the struggles… Drake made a lane of his own.

“I’ve always said this. When I first met the guy and heard his music, I said, ‘This guy – and not to disrespect anyone – was going to be the next Jay-Z.’ He had everything working for him. He had the swag, the look, and the music was always spectacular. To this day, I’ve never heard a bad Drake verse.”

Toronto double-JUNO Award-winner The Weeknd (Abel Tesfaye)  saw his international profile rise dramatically when Drake included a handful of his songs and a couple of co-production credits on 2011’s Take Care, an obvious sign of respect to the then-newcomer’s talents.

The Weeknd recounted to Complex magazine what happened when Drake first heard “The Ride,” which the R&B artist was originally intending to use for his own House of Balloons album.

“We were making the drum loop and…  I had sung this melody – it wasn’t a hook, just an unfinished lyric. And he liked it so much, he was like, ‘I need to have this, man… I know I’ve already taken “Shot for Me” and “‘Crew Love’ and this and that…’ And me, I was hungry at that time. I was like, ‘Dude, take anything.’”

“It’s about finding what’s next.”

Funnily enough, The Weeknd didn’t hear Drake’s version until much, much later. “That song was so special to him. I didn’t hear that verse until maybe four or five months after I gave it to him. Even with ‘The Zone,’ [co-written with and featuring Drake] I was scared I was going to have to put out Thursday before his verse came in because Drake takes his time. He makes sure that he says the right shit and his flow is on point.”

There are many, many others: Adrian “X” Eccleston, Nikhil “Kromatik” Seetharam, Jason “Promise” Shepherd, Slakah The Beatchild (Joseph Byram), and Drex Jancar and his Remix Project to help underserved youth. That’s just a small sample of the many talented satellites orbiting Planet Drake, either contributing to his chart-topping albums (So Far Gone, Thank Me Later, Take Care and Nothing Was the Same), or working with him via his annual Toronto Molson Amphitheatre OVOFest, or Drake and 40’s newly-minted, Warner-distributed label, OVO Sound.

The circle continues expanding, because Drake is always on the lookout for Toronto talent to share with the world. “It’s about finding what’s next,” Drake told Rolling Stone.

This is how October’s Very Own rolls: He may have started from the bottom, but he always strives for the top. Discovering talented new hometown collaborators helps Drake keep constantly moving towards the summit.

“I feel this great responsibility to see how far can we take it,” he told GQ, “how out of reach can I set that bar for whoever comes after. While I’m here, I’m gonna keep pushing that bar higher and higher up and make you really work for it.”