Hitchcock has collaborated with some of the world’s great rock stars, but still comes across as modestly his own guy

He’s the master of the tangent.

In a profession where definitive statements can be taken with a grain of salt, it’s safe to say there’s no recording artist out there quite like Robyn Hitchcock.

With 25 studio albums spread over a 37-year career — three of them with his criminally underrated The Soft Boys — the 60-year-young Hitchcock has amassed a sizeable cult following through his peculiar psychedelic musings.
As to how exactly Hitchcock — a prime R.E.M. influence who returns to the Drake Underground for a pair of solo shows September 3 and 4 — taps that creative imagination of his to compose tunes that lyrically veer off into unexpected territories is anyone’s guess. 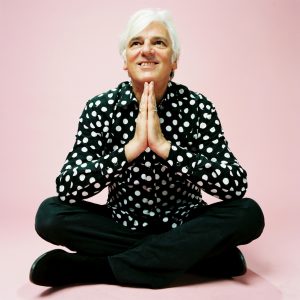 However, the author of such amusing numbers as “Uncorrected Personality Traits,” “Balloon Man,” “My Wife And My Dead Wife,” “Eaten By Her Own Dinner” and “The Yip Song,” likens his craft to an out-of-body experience.

“You’re processing your life in a way that you don’t quite understand. Occasionally there will be a song that’s very directly about an event or an experience, but a lot of the time it’s a peculiar take.

“It’s as if there’s been a camera a little way off the main action, which has sort of recorded your life, but every so often it’s just gone off and it’s watched what someone else is doing on the street for a moment. . . a child wandering away from its parents, trying to pick something up and then the parent grabs it, or it watches two people hand in hand walking across the grass, and then it pans back to you.

Hitchcock suggests that some of his songs may even be premonitions, although he’s powerless to do anything about them.

“It’s taking a reading of what’s happening to me, I suppose, but it doesn’t necessarily put it down literally,” he contemplates. “It’s a parable, really. It’s a bit like reading tea leaves or the Tarot or having your fortune told — you can make so many things appear to be prognostications, a reading of the future.

“And in a way, does it help to think things have been foretold? It’s only helpful if you can do something about it. So even if my songs turn out to be exactly what happened to me or anyone else, who cares unless I can do something with it?

“I don’t want to be too passive, but maybe my songs are telling me something and I should listen, which is another side issue altogether. Is there a part of you that knows better than the part of you that acts? Are there compartments of the self that are smarter than other compartments of the self and can see things? That’s probably true. In some ways, these things come out of the conflict between me and myself.”

Love From London, his latest album released back in March, is a heavier electric trip than his more recent efforts, with songs like “Fix You,” “Strawberries Dress” and “Be Still” a little more direct, although Hitchcock still finds room to inject food, pterodactyls and other unexpected references and imagery into his lyrics.

He calls Love From London, “the one I made with the clicks and the sort of keyboard-y overdubs and the shimmery guitars.”

“It’s psychedelia in the same way that late Roxy Music was psychedelia, which I think is always my favourite template for commercial music, apart from the Beatles.

“The way Roxy did it, it was sumptuous, hypnotic, dark — like catnip to a cat or somebody giving you some pleasant painkiller. It was just terrific, you know? It worked for the timbre of Bryan Ferry’s voice. I’m not that, but there were a couple of songs where I was definitely aiming for that sound, and there are a few songs where I’m also trying to channel John Lennon and George Harrison. So I was very much indulging my Beatles and Roxy mojos on that record.”

In a career that has seen him collaborate with artists as diverse as R.E.M.’s Peter Buck, Gillian Welch and David Rawlings, Led Zeppelin’s John Paul Jones, Nick Lowe and K.T. Tunstall, Hitchcock says he’s unsure of his overall contribution to musical history, but promises to keep writing and recording “until I’m discontinued.”

“I’m doing it for myself,” he declares. “I’m pretty selfish. But that personal ballet does echo with other people.

“I’d like to think I’ve left people with a collection of records and songs that you can listen to by yourself, and feel that I’m keeping the listener company in some way. You want to leave people with some kind of truth, and in that way, it will be remembered as long as possible.”

Be the first to comment on "Robyn Hitchcock at the Drake Underground: interview"