“Debbie Gibson Is Pregnant With My Two-Headed Love Child,” he musically boasted in 1989.

But even during the most infamous stages of his recording career, Mojo Nixon knew his days as an outrageously outspoken cult roots rocker were numbered. “I knew, and I knew early on that if I continued doing what I was doing, I was going to die,” said Nixon, who recorded 10 albums between 1985 and 1997 with such partners as Skid Roper, the Pleasure Barons and the Toadliquors. 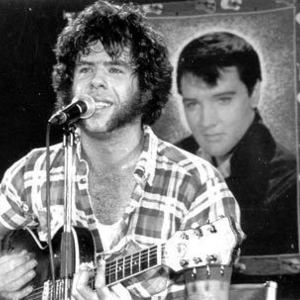 “I was going to be dead. I was taking the rock and roll lifestyle/bad boy idea to its illogical extreme. People I knew, like Country Dick [Montana] of the Beat Farmers, Top Jimmy [Konceck], Jeffrey Lee Pierce, and other buddies of mine had already died, and I also knew that nobody wanted to see the exorcizing, sober, nice, safe, boring Mojo.

“My show was all about anarchy and chaos and pandemonium and [what] is this crazy guy going to say? And to be honest, my talent really wasn’t as a guitar player or as a singer or a songwriter: My talent was in the bulls***.”

So the former MTV host and artist segued into a medium he says is a natural fit for his talent: radio. “Radio’s made for bulls***,” laughs Nixon, who hosts three shows on Sirius Satellite Radio and is known nationwide as “the Loon in the Afternoon” on Outlaw Country channel 63. 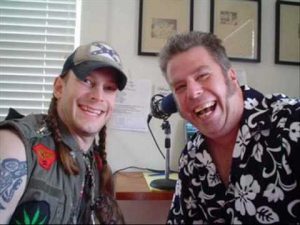 As the afternoon drive host of Outlaw Country and two other Sirius shows, “Manifold Destiny” on the Sirius Nascar Radio channel and the hour-long “Mojo Nixon’s Political Talk Show” on the Raw Dog Comedy channel, Nixon indulges in his favorite interests and feels he’ll enjoy a long life expectancy.

Nixon isn’t the only musician to find new life in front of the microphone. Turn the dial on the radio — both terrestrial and satellite — to practically any location in the United States and you’ll find any number of recognizable rock, country, hip-hop, R&B, and jazz names hosting their own shows.

It may not be such a surprising transition given the touring nature of a musician’s career. Thanks to today’s technology, it’s easy to give up life on the road and extended periods of travel for the luxury of broadcasting from the comfort of their own home.

“Believe me, I would not have done it this long if I had to get dressed,” chuckles Millie Jackson, the controversial legendary R&B singer who has hosted the afternoon drive show on Soul 73 Dallas KKDA-AM for the past decade from her Atlanta home. 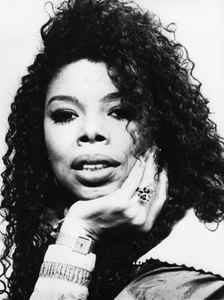 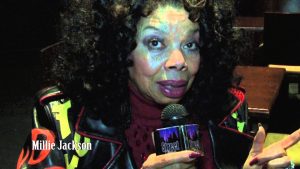 “But due to the fact that I could do it naked if I wanted to…,” adds Jackson, breaking into a laugh. “The main thing that attracted me [to radio] was that I wanted to prove to people that I could talk for three hours without cursing.”

“A friend of mine — one of the local biggies in Brooklyn, said, ‘Well, they came to see you — just go out and attack ’em.’ So that’s what I did. We would have our little confrontations from the stage and let’s face it — I learned a long time ago — if you’ve got the mic, you’re the winner.”

Aside from the fact “I get paid,” Jackson also enjoys her unsupervised freedom. “I have nobody breathing down my neck,” she states. “I can do practically what I want to do.”

Smooth jazz saxophonist Dave Koz, currently a host on the Premiere Radio Networks’ Smooth Jazz Network, says his 14-year radio career has given him an opportunity to rub shoulders with musical giants. 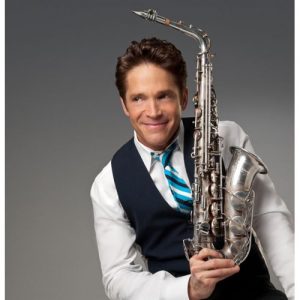 “Getting a chance to talk on the radio with some of my heroes has opened the door to many opportunities to work with them and develop good relationships with some of my absolute musical idols,” explains Koz.

“Whether it’s David Sanborn, George Benson, Anita Baker, Vanessa Williams, Stevie Wonder — it’s just been a dream come true for a guy like me. If I wasn’t on the radio, I’m not sure I would have been able to develop relationships with these wonderful artists.”

As well as being a cheerleader for the genre he loves, Koz also says that listeners usually benefit when an artist interview is conducted by one of their peers. “There’s like this privileged conversation that happens when you get two artists together that’s got a different texture to it,” Koz admits.

“That’s the No. 1 thing that I hear from fans of the show that have been listening for years — they feel like they’re eavesdropping on an original conversation that they can’t get anywhere else.”

Be the first to comment on "Radio Ga Ga"