A very important milestone in Jamaican history is just around the corner.

August 6 marks the 50th anniversary of Jamaican independence from British rule, but Toronto’s Caribbean community is marking the occasion six weeks early with Jamaican Rhythms. To be held June 28 at the Sony Centre, the 7:30 p.m. show is a live “rockumentary” showcasing the evolution of Jamaican music from ska and reggae to dub and dancehall.

But at least one of the headliners feels that Jamaican independence has been awarded prematurely . . . and it isn’t Beenie Man.

“To be a part of Jamaica’s anniversary of independence is significant to me because it’s my people’s,” said Max “Maxi Priest” Elliott when reached at his home in London, England last Thursday.
“Not to say that I am one of the greatest supporters of the initial independence. I kind of think we weren’t ready for independence.” 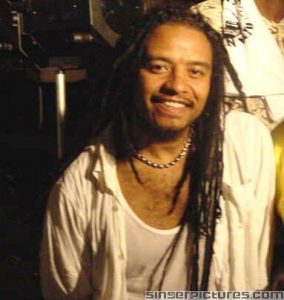 “Do I?” responds the 51-year-old with a chuckle. “No, I don’t, because I think we’re still dependent on a lot of other parts of the world.
“I am not one of the persons that believe we are ready for independence, but I am a supporter of my people. We are now in independence so we gotta make the best of it.”

Priest suggests that Jamaica’s current economic turmoil, due largely to the infiltration of foreign interests, is evidence that the decision to break away from Britain should have been delayed.
“If you check the politics, though, you’ll find that a lot of other countries have come in and built roads and stuff like that, and we are in debt to a lot of other people. That doesn’t necessarily make for a great independent situation.
“You look at most of the other Caribbean countries who got independent later on, and they’re a lot more stronger.
“Here we are in England. We are not a part of the Euro. The Euro is fast slipping and England is holding steady. Jamaica was originally a part of England. And there was a time when we were pound for pound. If we had waited a little longer . . . ”

He’s enjoying his own independence these days after two rounds of recording for Virgin Music, peaking in the ’80s and ’90s with such hits as his cover of Cat Stevens’ “Wild World,” and duets with Roberta Flack (“Set The Night To Music”), Shabba Ranks (“Housecall”) and Shaggy (“That Girl”) running his own label and performing in such diverse locales as Qatar and Sri Lanka.

“Times have changed, the business has changed, Internet, downloads — you create your own independent situation,” says the dulcet-toned Priest, emphasizing the point with a laugh that his latest anthology, Maximum Collection, is available “on Amazon.com, on my website, Twitter, my bedroom, my lavatory.”

He also promises to “run a few new tracks” from his upcoming Nothing But Trouble while in Toronto “in the very short space of time that they’re going to give me.” 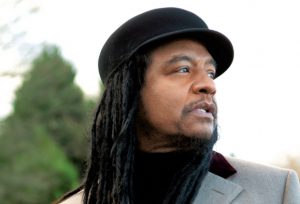 Priest says he’s happy to be reunited with all his friends and to be sharing the stage with a particular influence, John Holt.

“John Holt is one of those pioneers that has influenced a lot of people,” Priest explains. “I don’t know if you know The 1000 Volts Of Holt album, but his songs would be played in our house as kids, every Sunday, every weekend, every party and every house party, especially during the times when I was coming up in England.

“We’d come together and stick together — we grew up with a lot of that John Holt stuff. So he influenced me in many ways, but I would say definitely, his vocals.”