Wynonna Judd, Mark Chesnutt and a gaggle of country and non-country music celebrities paid $125 U.S. a head a few weeks ago to stuff themselves into Nashville’s renowned Bluebird Cafe and witness a historic event:the first ever full-length concert by Diane Warren. 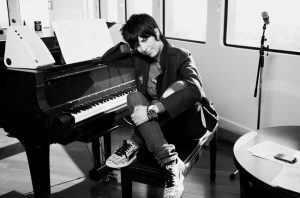 Unless you peruse the Billboard charts or read CD credits, Diane Warren is a stranger to you. But if you’re Celine Dion, Whitney Houston, Michael Bolton or Aerosmith and you’re looking for a hit song, then Diane Warren is a friend.

In fact, the name Diane Warren has probably made you stacks of money, as documented by the estimated 150 million albums sold bearing a Warren song or two.

Name a few? Toni Braxton‘s dramatic “Unbreak My Heart.” Michael Bolton’s lung-busting “When I’m Back On My Feet Again.” Celine Dion’s mesmerizing “If You Asked Me To” and poignant “Because You Loved Me,” written in honor of Warren’s father.

There’s “How Do I Live,” the heart-wrenching 1987 ballad that instituted a tug of war between country sirens LeAnn Rimes and Trisha Yearwood when they simultaneously released hit versions of the song. Both were crossover smashes: Yearwood’s version appears in the film Con Air  and nabbed an Academy Award nomination. Rimes’ version Soundscanned two million copies and spent a recording-breaking 69 weeks in the Top 40 of Billboard’s Hot 100. Diane Warren received the six-figure royalty cheques.

Oh, and then there’s that most recent chart-topper, Aerosmith’s heart-wrenching love ballad “I Don’t Want To Miss A Thing ” from the film Armageddon — the biggest hit of their 25-year career.

“We achieved a whole new visibility with that song,” says Aerosmith’s Tom Hamilton.

“Not only is there a new recognition factor, but I even notice a bit of a fan frenzy when I walk down the street. It’s brought us a much younger audience.” 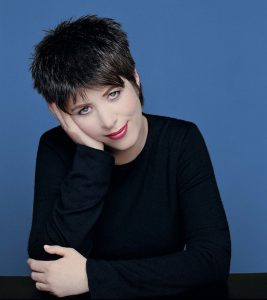 Career regeneration is just one advantage of a Warren pop masterpiece, discernible by its contagious melody and heart-driven message. Artists recently tapping into her gift for universal appeal include Whitney Houston, Brandy, Mya, En Vogue and Celine Dion, all whom have recorded a Diane Warren tune — or in Whitney’s case, three of them — for their latest albums.

Johnny Mathis‘ latest album Because You Loved Me is solely devoted to Warren. And over the past 15 years, over 100 A-List artists ranging from Ace Of Base and Aaliyah to Trisha Yearwood and KISS have helped her songs cross pop, rock, R&B and country borders.

Film directors and producers have benefited from her expertise in such movies as Hope Floats, Space Jam, Con Air  and the upcoming Prince Of Egypt, and she’s been rewarded with ASCAP’s Songwriter Of The Year Award thrice, Billboard Songwriter Of The Year twice, a Grammy, and countless Oscars and Golden Globe nominations.

Yet for all the success that makes Diane Warren a one-woman songwriting dynamo, she’s an anomaly for the simple reason she isn’t interested in stardom.

Instead, she prefers to shun the spotlight, which makes her Bluebird Cafe benefit for Nashville’s Park Center’s Safe Havens particularly noteworthy.

Would this taste of public adoration spark a change of heart?

“I’m not going to make a habit of it,” said Warren, 42, Tuesday from a Los Angeles recording studio, where she was in the midst of recording and mixing her latest demos.

“Actually, it was fun. It was an audience of songwriters, so there was a lot of warmth. But I’m not really comfortable in front of people. I don’t like being in front of people on stage, which is why I write songs and stay in the background.

“There were no late dormant artist aspirations coming to life,” she confirms.

In fact, the workaholic Warren prefers the sanctity of Realsongs, the Sunset Boulevard publishing company she owns within ten minutes of the Hollywood Hills home she shares with four parrots and a couple of cats. She’s in the office seven days a week at 9:00 a.m., and doesn’t usually leave until 10:00 p.m.

“I’ve kept my nose to the grindstone. I’m very driven. I don’t have much of a social life, but it doesn’t bother me. I’m happy doing what I’m doing.”

Warren is more interested in keeping alive the Tin Pan Alley tradition of dedicating herself solely to songwriting and developing it as a science.

Born and raised in Van Nuys, California, Warren says she was smitten at an early age.

A confessed loner, she began writing songs at age 11. By the time she was 14, Warren was churning out three a day, determined that songwriting was her future.

She had a harder time convincing her mother.

“No one in my family is musical, so I was on my own, really,”she recalls. “My Mom wasn’t supportive at all. My Dad would take me to publishers, give me a lot of support and really, really believe in me. My Mom would yell at my Dad for getting me a guitar and taking me to publishers.

“She never really encouraged me at all. Now of course, my Mom says she’s responsible for me doing well.”

She got her big break in 1983 when Laura Branigan turned “Solitaire” into a Top Ten hit. Then DeBarge struck with “Rhythm Of The Night” and gave her her first taste of international success. Starship‘s “Nothing’s Gonna Stop Us Now” was Warren’s first chart-topper in 1987 and she hasn’t looked back.

She chooses not to.

“I would never rest on my laurels,” says Warren. “I’d rather look ahead than look back at all times. I’m proud of what I’ve achieved, but it’s always the next thing that’s the most interesting to me.”

She takes greater pride in carving a niche for herself.

And the rewards, Warren says, are bountiful.

“You know, there are so many great things about it,” she says. “To just sit in a room by myself and come up with something great is really the greatest gift. You play for people and they love it, and that’s a great gift. Someone records it, it becomes a hit, you make money — they’re all great gifts.

“But it just feels good when people love your music. And it feels good to write something of quality.”

However, Warren admits it’s heart-breaking when a song doesn’t get properly noticed.

“It’s devastated me at times,” she admits. “It’s terrible. When you believe in something, it’s like your kid. You have all these high goals in mind for your child, and you want them to graduate with honors — and they drop out in third grade. I want my songs to do well.”

But Warren is pleased when her songs inspire.

“I’ve seen letters from people that have said a song like ‘When I’m Back On My Feet Again’ have stopped them from killing themselves,” she says.

“It gave them strength. I like to think of my songs as healing songs.”

Above all, Diane Warren hopes her tunes strike a chord with their admirers.

“I hope people just get something out of a song,” Warren wishes. “That they feel something, that it becomes part of their lives. Like how songs were part of my life growing up.”