Nashville In A Tizzy Over Sluggish Album Sales And Radio Airplay

Music Row is in turmoil.

As the heart of the country music business, this eight-block community of record companies, radio stations, music publishers, recording studios and management offices, located in central Nashville, Tennessee, is on the verge of panic.

After enjoying a decade of unprecedented growth and explosive profits, — largely due to a man called Garth and a woman named Shania — the pendulum is now swinging in the other direction: Country album sales are sluggish. Radio airplay is down, as suggested in Toronto when country station CISS recently threw in the towel for Top 40.

“In a word, yes,” says Allen Butler, president of Sony Nashville, label home to the only act that made a huge sales impact in 1998, Dallas trio and Candy Shoe shills The Dixie Chicks.

“Like other businesses, when sales are down, you worry.” 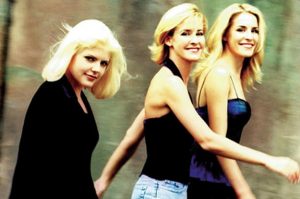 “Everyone is concerned. There’s no question,” adds Robert K. Oermann, respected Music Row critic, author and historian. His upcoming book Century Of Country serves as a companion to a new 13-hour documentary airing on The Nashville Network this Fall.

Make no mistake. The situation is critical, judging by the manner the mainstream acceptance of new acts — the lifeblood of the industry — has slowed to a trickle.

The class of ’97 was limited to four graduates: Mark Wills, Lila McCann, Lonestar and Michael Peterson, none of whom set the world afire.

“The Dixie Chicks were unique, hip and cool,” Butler offers, explaining why The Chicks succeeded where others failed.

“The instrumentation with vocals, banjo and fiddle — which you don’t hear on the radio now — combined with their Texas-sounding country and bluegrass elements was different. It wasn’t manufactured in Nashville. People could see they were real.”

Wide Open Spaces  is also an apt description illustrating the chasm between the Chicks and their nearest rookie competitors, Philadelphia twins The Kinleys and Belleville, Ontario family act The Wilkinsons.

Even this year’s current breadwinner, Sara Evans, has moved only 169,000 copies of No Place That Far, a paltry number compared to Shania Twain’s Come On Over (7.8 million) or Garth Brooks‘ Double Live (4.5 million). 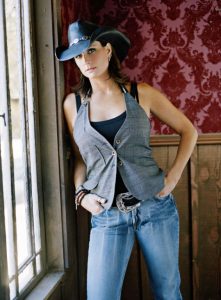 “It’s a system of have and have nots,” says Robert Oermann. “Mid-level artists are a thing of the past. You’re either a superstar or you’re a nobody.”

But Sony’s Butler dismisses the notion that Nashville is caught up the chase for the next mega-million-seller.

“The Shanias and the Garths are the exception,” he says. “Our standards are a lot lower than that. ”

Sony’s Butler estimates the average expenditure to launch an act ranges from $750,000 to $1 million U.S.

He also makes a serious attempt to get his artists on radio, the most important sales-fueling engine.

“We almost always try to go three singles deep. At that point, if we haven’t broken through, it’s time to assess whether we’re headed in the right direction. That is the point and time where we make a conscience decision as to whether to continue.”

The ones that don’t make it, as indicated by the recent purging of several Nashville labels, are shown the door.

The fact that Howard, Simpson, and Randall were designated as sacrificial lambs even before the release of their albums suggests just how ruthless the treadmill has become: Nashville its eating its young before they’ve hatched.

“It’s become much more like the pop business,” notes Oermann. “That’s the way pop has been for years. Artist development is becoming a lost art. If Reba were to appear today, she never would have made it. It took her four albums to even get a foothold on the charts. That just wouldn’t exist today.”

“The interests of radio and radio programmers are always paramount in this music field, and radio has basically shut the door on new artists for two years. As a result, the industry suffered. Now radio’s going, ‘Oh, are we supposed to introduce new artists?’ It’s Nashville’s ties to radio that are hurting it. ”

Allen Butler isn’t so sure.

But radio too is suffering. The alarm bells chimed loudest locally at country radio’s WSIX, which last summer was Nashville’s top-rated broadcaster in a market of 28 stations with an impressive 12.3 Arbitron rating.

With the release of the Fall Arbitrons, WSIX had lost 4.2 ratings points and now sits fourth in the market behind country rival WMS-FM, recent country convert from classic rock WMRQ-FM and the new top station, urban-formatted WQQU-FM. An Arbitron Ratings point represents the average listening habits of 146,700 people, 12 and over, between 6:00 a.m. midnight Monday to Sunday in the Nashville listening area. WSIX’s quarter-hour cume represents an average of 14,000 listeners.

“The main drop we saw was in the younger end,” says WSIX’s David Kelly. “Our (age) 25-54 numbers are pretty steady as they were before, but our younger end has apparently become disenfranchised with country music.”

Kelly says he has no answer to the sudden change in listener appetites.

Sony’s Allen Butler says Music Row’s take is that it caters to radio at the expense of its audience.

“We get into a trickbag,” says Allen Butler. “We try to please radio and forget that we should be challenging ourselves and wagging the tail instead of wagging the dog. But we’re usually the first to wake up to the fact that the dog isn’t wagging its tail. I believe Nashville is in the process right now of creating fresh music, music of substance.

“Right now we’re in a musical slump. There’s too much music out there that sounds alike. We’ve been crossing too far into the pop side.”

Robert Oermann says there’s another problem: Music Row record companies have been molding their acts after the latest craze instead of concentrating on unique discoveries.

“The fact that she was red shoes, that she was different, is what made her a star. Instead of going out and signing somebody else different, they think they have to copy her product, or Garth’s product, or whoever is successful. Now we have this lame-o SheDaisy act that is trying to cough up the Dixie Chicks thing, and they’re not nearly as good.

“I don’t think recording bad pop music is going to be the solution to the problem, and I think that’s the way most of them are going.”

David Kelly is hoping for a country-pop mix.

“There are some diehard country fans who are very vocal about wanting the traditional roots, but there are also the same ones that score the Shania Twain records very high. I think the one thing any successful country radio station is going to have is a balance of some of the more contemporary sounding with some of the more traditional sounding.”

At the moment, country radio seems to be making up for lost ground. Some of the new faces moving up the charts include Chad Brock, Andy Griggs, Brad Paisley, Shedaisy and Montgomery Gentry.

“I think the music is on an uptake now compared to what it was before,” argues WSIX’s Kelly,” And I think that has a lot to do with diversity.”

“Right now radio’s saying, `Oh the music is so much better now. We really like what they’re doing, now!'”

“The music’s always been good — they’ve just rejected it for years. Now they’ve realized the folly of their ways, and they’re saying, ‘Oh, the music’s so much better now and that’s why we like it again.’ They’re such assholes.”

But Oermann feels that country music’s current dilemma bodes well for its future.

“These an things usually turn out for the best,” Oermann explains. “When we went through the downturn in ’84, that was the best thing that could have happened to country. That led to the Randy Travises and the Dwight Yoakams and all the people that pulled us out of the slump that led to the new country explosion of the late ’80s and early ’90s.” 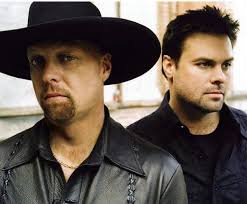 “It serves as an inspiration to challenge yourself,” agrees Allen Butler, who predicts it will be 15 months before an upturn in country music fortunes.

“Nashville is a community that has risen to the challenge of reinventing itself many times before.”

Yet David Kelly insists that the consumer will prevail when it comes to determining potential stars.

“Just because somebody doesn’t mind hearing it on the air and it fits well in the radio station’s programming, doesn’t mean they’re going to go out and buy it.”