Leonard’s lad, at age 39, reckons he has finally done right by his legacy.

Adam Cohen, son of Leonard, says he has been arrogant and naive.

Nick Krewen
Special to the Star,
Published on Fri Jan 06 2012

Adam Cohen is a humbled man.

At 39, with three underperforming albums behind him, the Montreal-born son of poet and songwriting icon Leonard Cohen has finally come to terms with his vocation. 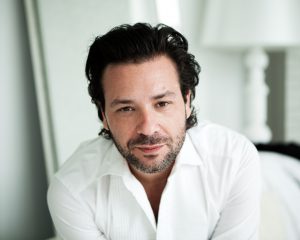 Last December, while sitting comfortably in a chair in a ritzy Bathurst-area hotel suite as he cradled a bottle of water, the impeccably dressed, bearded Cohen called his latest offering, the October-released Like A Man, “the record I ought to have made first.”

“It is like a beginning,” says Cohen, coming off a successful six-week European jaunt with a day of interviews to promote the album and his upcoming tour, which arrives at the Mod Club on February 11.

“If I could rewrite it to my liking, I would have been able to summon the maturity, the courage and the wisdom to have embraced a tradition from which I clearly come earlier, and not been as seduced by the trappings of both show business — sex, drugs and rock ‘n’ roll — and by the dreams and naïve hopes of like a young kid — adulation, fame, success, p—y — all the stuff we all really want when we’re young — and still want.”

He leans forward, holding a steady gaze with his interviewer.

To these eyes, Cohen doesn’t bear a striking resemblance to his famous father. But the mannerisms are there, especially in conversation: an articulate, intellectual fluency that pauses only when Cohen is thoughtfully contemplating his response.

To these ears, Like A Man sounds like . . . a gallant attempt to make a Leonard Cohen album. Produced by Patrick Leonard (Madonna, Pink Floyd, Tori Amos), the 10 songs present are less ornamented than Adam Cohen’s 1998 self-titled debut or his 2004’s Ex-Girlfriends, recorded while he fronted the band Low Millions.

They offer a familiar romanticism in their cosy nature, and — with a background harmony featuring one of his dad’s most frequent and recognized collaborators, Jennifer Warnes, on “What Other Guy” — eerily reminiscent of Pere Cohen’s older recordings, although Adam’s tenor is sweeter and higher than his father’s granular baritone.

Listening to the guileless strains of “Out Of Bed” or the expressed intimacy of “Sweet Dominique,” one wonders if Cohen’s incentive for making the album was tribute or emulation?

After all, one could only imagine the difficulty and frustration of trying to carve one’s own artistic identity from under the shadow of such a famous father.

“I don’t feel that there’s been any shadow,” Cohen counters. “My reality is that I’m extraordinarily privileged. I don’t sense any shadow, and that’s what makes it so reprehensible: I feel the opposite.

“I feel like doors have been opened, eyebrows have been raised, curiosity mounted. I feel like a share a genetic code with someone who is admirable and historic, even. I always had food on my plate. I travelled. I was brought up under artistic circumstances, given permission — and sometimes I would even say a mandate — to be an artist.

“This is hardly what I would consider a shadow. This is a red carpet — a wax-sealed invitation — to the high life.” 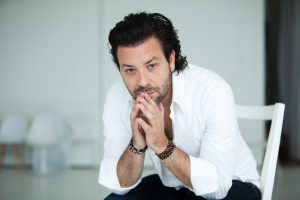 Cohen looks away, sits in silence for a moment, and sighs.

“It’d be so much simpler for me to explain my trajectory up to now as a mere rebellion against the oppressive, tyrannical shadow cast upon me by my accomplished and beloved father.

“But it’s so much more pathetic and myopic and simple than that: I thought that I was the real deal. I thought that a path was before me to walk down and perform in anon, in a shining way that would provoke applause, potentially admiration and riches.”

“It was arrogant. It was naïve.”

Answering an earlier question, Cohen says Like A Man is a tribute, inspired by one of his father’s earlier opuses.

“The aesthetic target of this record was really clear,” Cohen explains. “The goal was to capture the ethos of a certain period of my father’s work. When we started recording, we listened to one record in particular, which is New Skin for the Old Ceremony, which is my favourite record of my father’s.

“And I told my producer, look man, if we can capture this, the intimacy, the romance, the purity, the simplicity, the minimalism, and as a result of that minimalism and purity, the richness, then I will be eternally grateful to you — can you do it?

“Before I’d finished my sentence, I was in a chair, recording. That’s how confident he was he could do it — Pat Leonard.”

Like A Man is only Cohen’s fourth work since 1998, begging the question, what prompted this epiphany?

“Well, there were three things – three main triggers,” he replies. “The first, is, that all of these record companies and all of this fortune that had accompanied me, just ran out.

“And a kind of real and haunting disillusionment was near permanent in my life.”

The second catalyst for change, Cohen says, involved his father.

Although Leonard Cohen is releasing his new album Old Ideas this month, for all purposes the Canadian Music Hall Of Fame and Rock ‘N’ Roll Hall Of Fame member seemed to have retired in the mid-2000s.

While studying at a California monastery, Leonard Cohen learned that his retirement fund had dwindled to $150,000; that his business manager had run off with his money, and promptly sued. Even though the elder Cohen won a $9.5 million U.S. court judgment against his ex-business manager, he was forced to head back on the road in 2008 to rebuild his finances, and undertook a lengthy, successful world tour.

Adam Cohen, who lives in Los Angeles with his wife and four-year-old son, says he was inspired by “the triumphant, inspiring return to the eye of public stage by my father, which led me to have a renewed and vigorous appreciation, respect and admiration for my old man at the summit of his career at 76.”

“The third important trigger — and the hook, line and sinker — was becoming a father, which not only terrified me, because of the new responsibilities that fell upon me — but linked me so powerfully to a sense of family, knowing that my son is going to consult my work the same way I consulted my father’s,” he continues.

“Sitting at the dinner table with my father on one side, and my son on the other, feeling connection to a tradition, and to my last name – and more than anything, feeling like I hadn’t acquitted myself of that responsibility.

“I was purely interested in proving that I was an honourable fixture in the family business – and I wanted to build some kind of immunity from a verdict that seemed to be coming down the pike. And the verdict was pretty dire, which is ‘you’ve failed, and you’ve wasted opportunity upon opportunity to prove yourself.’ ”

If there’s irony to be found within the sonic walls of Like A Man, it’s that the collection doesn’t boast a solitary new song.

“I would love to give you a great, entertaining answer, but the truth of the matter is, I didn’t write a single song for this record,” Cohen says. “These are all songs that have existed — some as far back as 20 years old.

“All I did was summon the courage to rescue them from oblivion, because I’d categorically hidden them — one after the other — when they bore too much resemblance to my father, or didn’t appear to be songs that could help my mobility.”

For Adam Cohen, Like A Man is his wake-up call.

“The biggest epiphany for me on this record was the fact that I have been a talent that has been squandered by poor taste, by avarice, that I’ve always been good and that those around me who begged me to make this record for years upon years were right.

“And I was too haughty and obstinate to recognize the wisdom of their advice, so it’s kind of an embarrassment, but at the same time, a liberation. In a biblical sense, to honour thy father is such a staple of our society. And the epiphany was that I have honoured my father in such a satisfying way with this record. And as I say, this gives me a kind of immunity from consequence.”