An anomalous punk hit in Canada gets a loving tribute at the Horseshoe.

“Nice legs, shame about her face.”

If you’re old enough to remember those lyrics, you’ll recall that circa 1979-1980 there was a band named The Monks that owned Canadian Top 40 radio for a spell with the novel ditty “Drugs In My Pocket.”

The band’s subsequent album, Bad Habits, was also a smash, propelled by such humourous romps as “Johnny B. Rotten,” “I Ain’t Getting Any” and the aforementioned “Nice Legs Shame About Her Face” to instant bestseller stature, moving hundreds of thousands of copies here in Canada . . . and nowhere else.

Local Small Sins founder Thomas D’Arcy remembers the work, and has gone as far to assemble a bunch of eminent pals and re-record the album as A Tribute To The Monks, serving as his segue between ending Small Sins and launching a solo career with a new CD in November.

“It’s been one of those albums that has constantly been in the tape deck/CD player/hi-fi every tour that I’ve ever done throughout Canada and around the world,” explains D’Arcy, who is showcasing the album in a star-studded performance on July 26 at the Horseshoe.

“It’s a bit of an enigma: it has sort of the old punk-rock sound that I loved, but at the same time, The Monks were the only band that had songs.
“You could tell they could play their instruments and I guess a lot of that was because they weren’t really a punk-rock band at all. There was a tongue-in-cheek element about the whole thing that gave it an appeal that none of the records in that genre really had.” 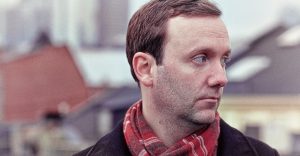 The Monks were actually the brainchild of two departed members of the British progressive rock group The Strawbs — drummer Richard Hudson and bass player John Ford — along with hired gun vocalist Terry Cassidy.

Hudson and Ford had struck Canadian hit pay dirt once before, as co-writers of The Strawbs’ only radio hit, “Part of the Union” in 1973, then left and splintered off into their own Hudson-Ford conglomeration for a few albums before literally stumbling into becoming The Monks.

“We didn’t really have any idea,” admits Ford, 64, down the line from Long Island, where he relocated in the 1980s. He’ll be in Toronto on Thursday to perform an opening set for D’Arcy.

“The song I wrote that started it all was ‘Nice Legs Shame About Her Face,’ and it was just another song. It was at the tail end of Hudson-Ford, if I can remember.
“I got the title from my first wife who I was with at that time: She used to say that to me just for a laugh as I was driving when I would look at another woman. I got together with Richard, he added a few lines and we basically gave it to a young band represented by our management. They recorded it and no one really liked it.”

Hudson and Ford retooled the song on two-track tape and sent it off to MIDEM, the annual music marketing convention held in Cannes, with a few other songs, hoping for a nibble.

“The Monks wasn’t even our title,” Ford recalls. “I think the label wanted to call it The Mugs — as in Mugshots — and somehow in the process of doing the artwork for the song, somebody made a mistake and called it The Monks, and that was it.

“Then the record became a hit in the U.K., got slotted in with all the punk stuff, and nobody knew it was me and Hud until a bit later.”

The success enabled Hudson and Ford carte blanche to record Bad Habits, but once the U.K. public got wind that The Monks were not punks but Hudson and Ford, the album stiffed.

“There was animosity in England,” Ford remembers. “When they found out it was Hudson-Ford, in England, the attitude was, you have to stick with this — you can’t do anything else.”

Reaction in Canada, however, was markedly different. The band had moved on and were working on other projects when they received word that Bad Habits had started selling here in significant numbers, enough to warrant a national tour of sizeable soft-seater theatres like Massey Hall.

“In Canada, they just took the album for what it was,” says Ford.

A follow-up album, Suspended Animation, was released exclusively here and flopped — although Ford contends he received a gold album for it “so it must have done something” — and The Monks were over.

For Thomas D’Arcy and the musician pals who helped him render their own version of Bad Habits — C’mon’s Ian Blurton, the Doughboys’ John Kastner and the Cursed’s Chris Colohan will be among those sharing the Horseshoe stage with D’Arcy and Ford — the album represents an enduring legacy.

“There are certain people that, if you talk about the Monks, they get really, really excited,” says D’Arcy, 32, who first heard the album when he was 16.
“I was talking recently with a friend who asked me what I was doing, and when I told him, he said, ‘Oh my God, that’s my favourite record of all time: desert island selection!’
“People who are passionate about it are really, really passionate about it.”

For his part, John Ford says Thursday’s performance of Bad Habits will be the closest fans will get to a Monks reunion.

“I’m very surprised that Tom D’Arcy and all these bands in Canada all these years later haven’t forgotten it. I’m very flattered.”